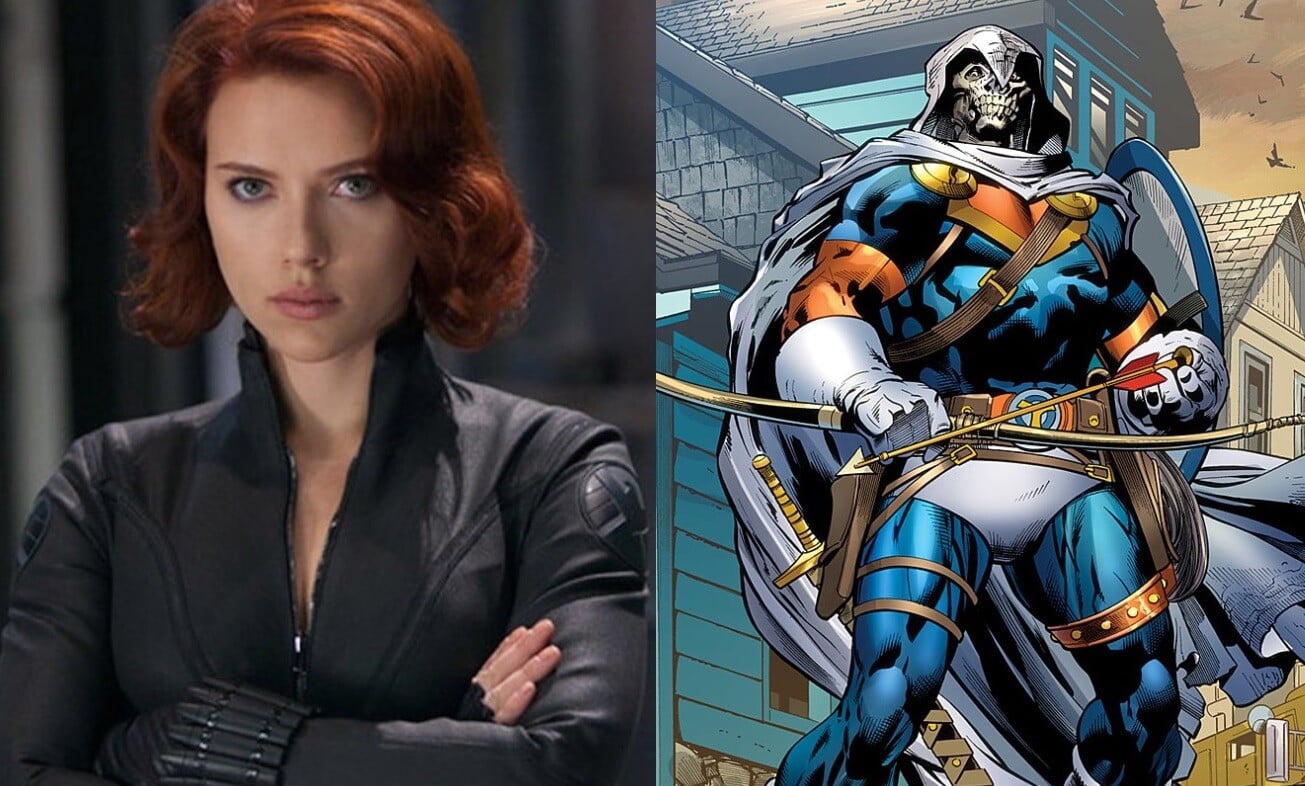 As fans look forward to the future of the Marvel Cinematic Universe, the first film in Phase 4 will be the Black Widow solo adventure. Although a prequel, this film will have major implications for the foundations of the MCU, as well as potentially set up some new features for the future. One of the main things could be a the development of a new villain that could reappear as a bigger threat down the road. Now, thanks to some BTS photos from filming, we may know who that villain could be.

New #BlackWidow set photos has been revealed, it looks like taskmaster is the villain in this movie 🤔 pic.twitter.com/GodU0ORGYL

These ‘Black Widow’ set photos of who is presumably Taskmaster remind me a lot of the version from Spider-Man PS4, which is definitely his best design. I hope he isn’t a one-off villain in this movie because I’d love to see him lead the Sinister 6 in Spider-Man 4/5. pic.twitter.com/drnI5RgQAq

Thanks to pics leaking on Twitter, we are getting a great look at the villain for the upcoming film. And, by all accounts, it seems like that villain is Taskmaster. A villain with the ability to mimic the style of any opponent they face, Taskmaster is an incredibly formidable mercenary who has been a thorn in the side of the Avengers, Spider-Man, and many other Marvel heroes. And, while this film is supposed set in the past at some point, Taskmaster would make an amazing mid level villain to torment the MCU for quite some time.

While nothing is confirmed yet, these pics do show what looks to be a very aggressive and tough opponent for Black Widow to deal with, and it does greatly resemble the Ultimate Marvel version of Taskmaster. Hopefully we’ll get official word at San Diego Comic-Con when Marvel hits Hall H.

Do you think this villain is Taskmaster? What do you think of the look? Let us know in the comments below!