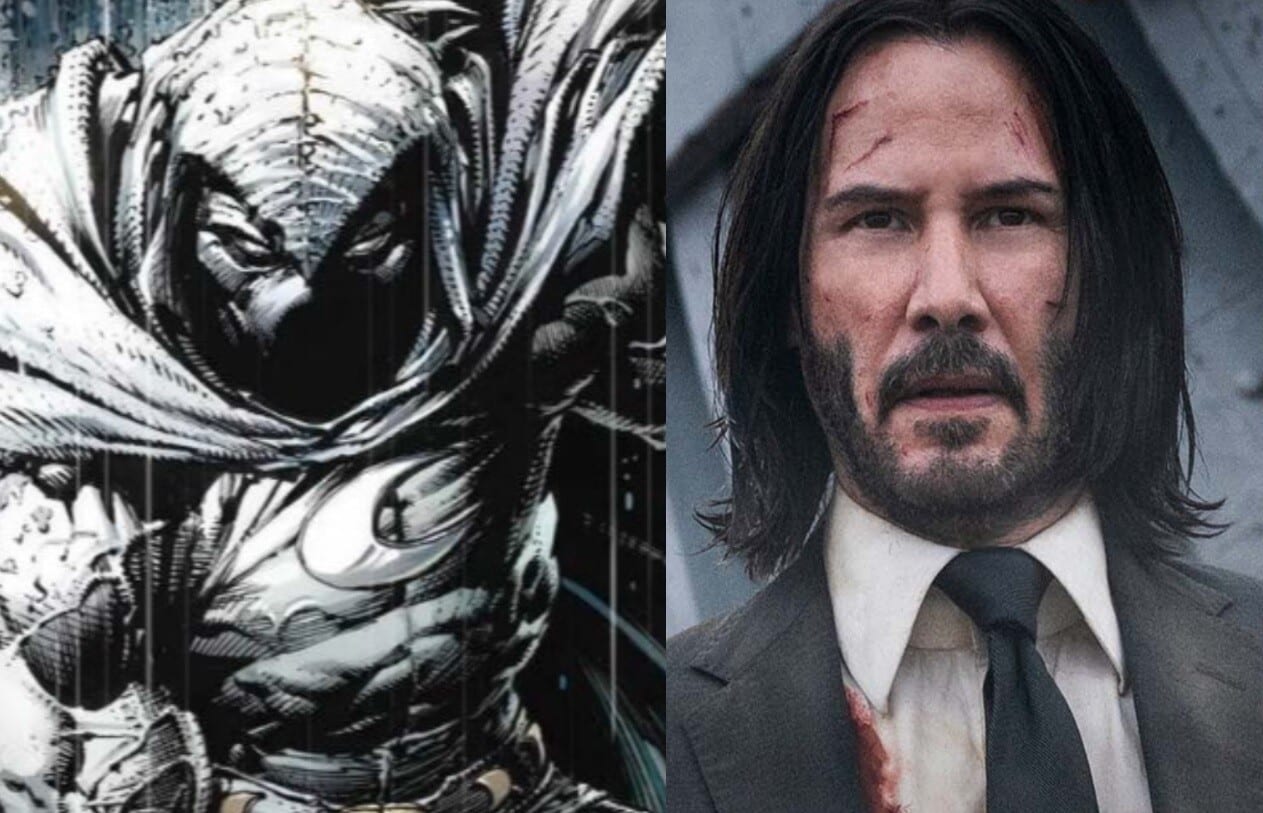 Keanu Reeves is a global treasure, and most likely immortal. The ageless actor has reinvigorated his career on multiple occasions and has redefined the action genre not once, but twice. The John Wick star is one of Hollywood’s most sought after actors right now, so it is no shock at all that Marvel Studios wants the actor for the Marvel Cinematic Universe. But, what role would he play? Keanu himself has mentioned Wolverine, rumors abound have him going The Eternals, but the latest buzz has him in a darker role in Moon Knight.

Kevin Smith interviewed the Russos brothers for IMDb at San Diego Comi-Con. Smith brought up Reeves, which the directing duo said the possibilities are ‘limitless’ as to who the 54 year old actor could play. Turning the question onto the Jay & Silent Bob Reboot director/writer, the Russos asked whom Smith thinks he could play. Smith brought up a fan favorite character that people have been dying to see brought into the MCU; Moon Knight. The Russos are on board with that, simply saying, ‘good call’.

Moon Knight is Marvel’s answer to Batman, but with a splash of Punisher thrown in. The complex character has had several compelling runs in the comics, including one exploring his multiple personalities and mental issues. He is actually a far more interesting character than Batman, and would add a unique character to the already vast MCU. Plus, with Blade getting a new movie soon, and the Dr. Strange sequel going the horror route, the MCU will soon be open for a character like Moon Knight. Whether Reeves plays the part or not, is anyone’s guess.

Whatever role Marvel finds for Reeves, fans will definitely be on board. Here’s to hoping that he isn’t cast as a villain and ends up dead in his first film. Fans definitely want Reeves in the MCU for as long as possible.

Would you want to see Keanu as Moon Knight? IF not, what role do you think he best fits? Let us know in the comments below!