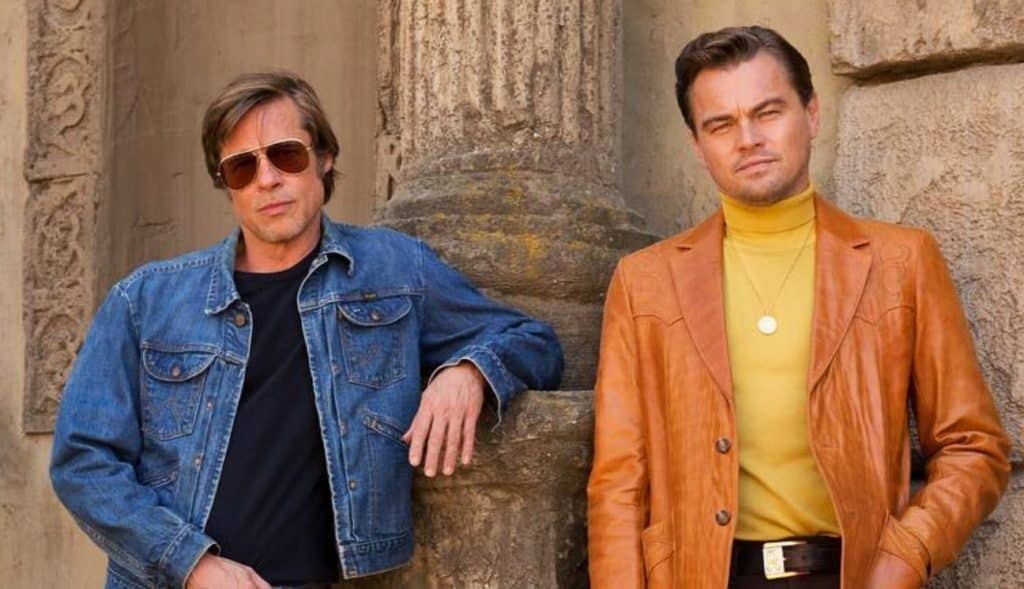 Few directors have enjoyed the critical and commercial success of Quentin Tarantino, with his distinctly stylistic direction and thoughtful tributes to classic cinema garnering him a massive following throughout his career. His ninth film Once Upon a Time…In Hollywood has been labeled as his most sizable project yet, teaming with actor heavyweights like Leonardo DiCaprio, Brad Pitt, and Margot Robbie to give his take on The Manson Murders. The results are a frustrating mixed bag, a film that shows signs of maturation for the director before squandering its potential.

Once Upon a Time in Hollywood follows actor Rick Dalton (DiCaprio) and his stuntman Cliff Booth, who reach a crossroads in their careers with Dalton’s popularity fading alongside the changing tides of Hollywood. When they come across upcoming star actress Sharon Tate (Margot Robbie), they find themselves unknowingly wrapped up in one of the town’s most eventful moments.

Performance-wise, the A-list cast delivers in spades. Leonardo DiCaprio gives one of his better performances of recent memory as Dalton, disappearing into the role of an aging actor who fronts his strength onscreen but is an insecure mess off of it. Seamless details like a slight stutter help the star truly disappear into the character. Brad Pitt is solid as Booth, with the actor able to express a lot of small details through gestures with his stoic performance. Both characters are fascinating in their respectively flawed nature, giving both actors a lot to work with in creating well-rounded characters. Margot Robbie, while underused (will get to that later), is a breath of life as Sharon Tate, capturing the joyous spirit of creative Hollywood at its core.

In some aspects, this is one of Quentin Tarantino’s boldest films yet. The nearly-three hour feature forgoes conventional narrative to give audiences a free-flowing look at Dalton, Booth, and Tate’s day-to-day life as their fortunes change across the era. This presentation style is sure to leave some audiences unsatisfied, but the seemingly aimless nature of the story is effective at capturing each of the characters and their complications. Tarantino’s typically sharp-edged writing style adjusts for more naturalistic conversation, effectively bringing the audience into the world of these characters. It’s a thrill to see the filmmaker challenging himself outside of his typical wheelhouse. 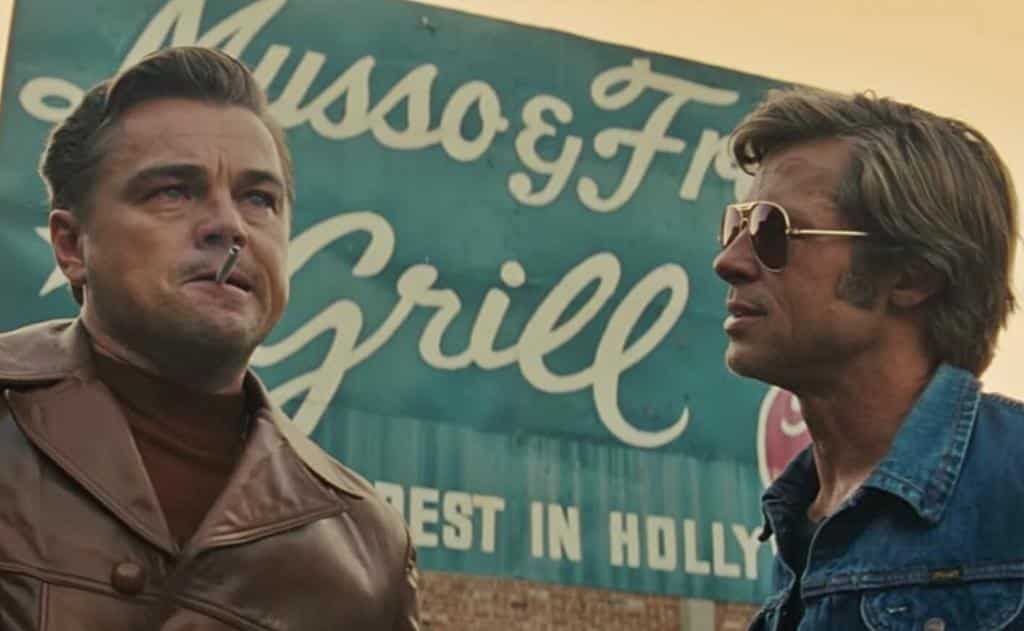 Once Upon a Time in Hollywood delivers the visceral spark one would expect from Tarantino’s work. The use of music to accent scenes is always on point and sometimes even profound, with not a single track going to waste. His loving re-creation of late 60’s Hollywood is immaculately detailed, brimming with life from every car to delirious hippy walking the streets, while the director’s sharp recreations of media from the era further engross audiences into the world. All of this is a canvas for the writer/director to explore the era as a time of lost innocence, with Dalton and Booth finding themselves in a world they don’t recognize anymore.

There is so much intrigue and excitement throughout Hollywood’s first two halves, making it a particular shame that much of it is undone by a predictably bloody final act. Instead of engaging with the complications that come from depicting the Manson Murders, Tarantino opts to craft the final third as a fairy tale to the time period. I can see where audiences view this turn as a heartwarming romantic vision from the director, but to me, it just rang like a hollow way of simplifying the substantive idea at the film’s core. The execution of this idea also leaves something to be desired, creating a farce of the signature moment rather than a decidedly tense encounter. It’s almost as if Tarantino couldn’t help but indulge in his typically verbose violent nature, with this turn feeling more out of place than his usually genre-inspired works while not offering the catharsis that his best works have captured.

Once Upon a Time in Hollywood is also hindered by its underbaked representation of Tate herself. The scenes of Tate going through her day-to-day life during a time of artistic growth are among the film’s best and most poignant moments, but the character still finds herself as a thinly-written symbol rather than a full-fledged character. There are moments of this being among Tarantino’s most inspired works, but its inability to engage with the murkiness of its subject left me wanting more.

Continue Reading
You may also like...
Related Topics:Leonardo DiCaprio, Once Upon A Time In Hollywood, Quentin Tarantino

‘The Boys’ Review: Not The Bloody Good Time You Were Hoping For
‘Hobbs and Shaw’ Review: Fun Spin-Off Of The Fast Brand
Advertisement
Advertisement
To Top