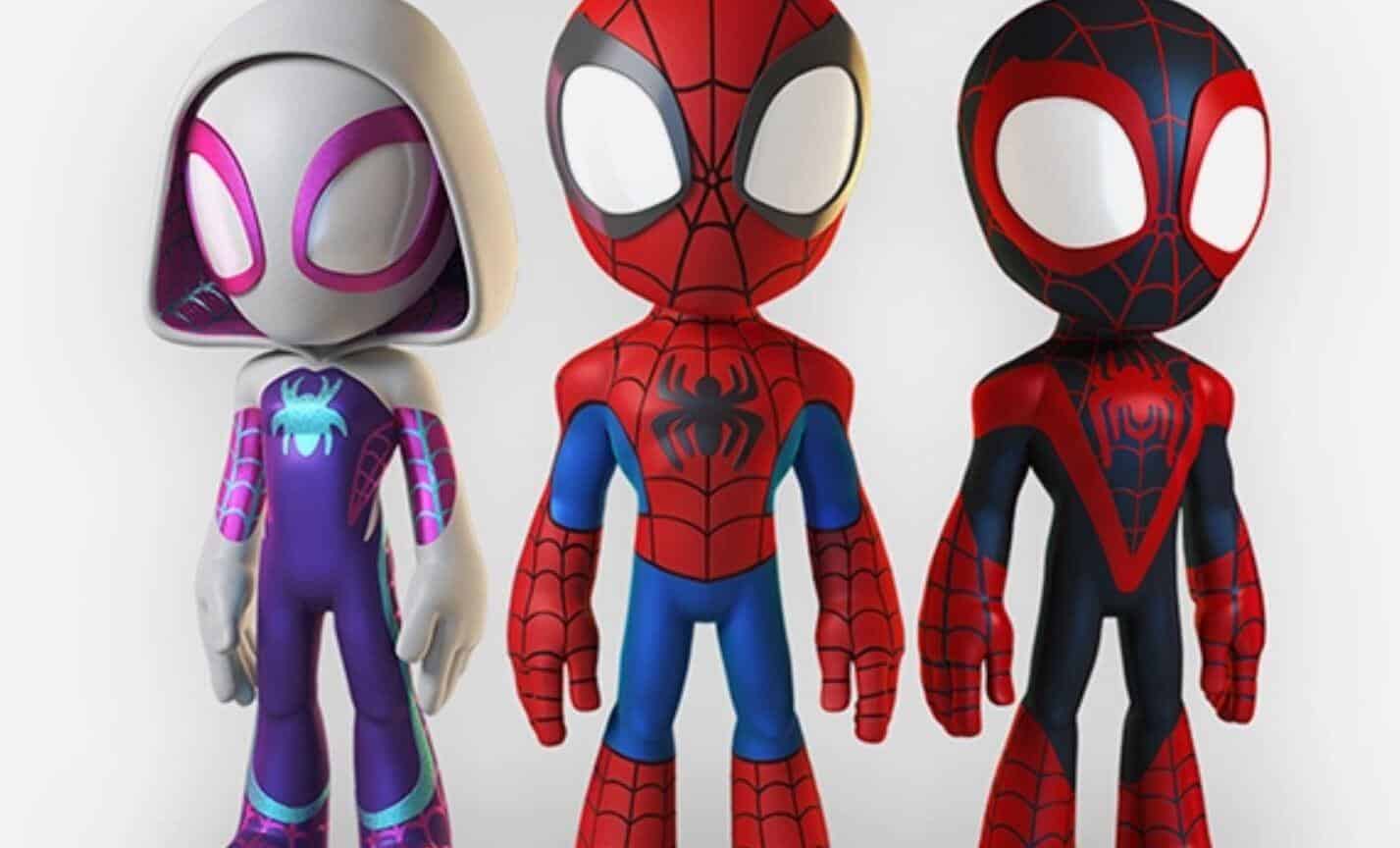 There has been a ton of drama surrounding Spider-Man and the Sony/Disney deal. The falling out between the two studios has rocked fans, and divided them on whose to blame. Now, with Spidey out of the MCU, many are heartbroken. The future for Ole Web Head is a bit uncertain in the live action movie world, but not on the small screen, apparently. Looks like Disney has announced a new animated TV series for Spidey.

For those confused over how Disney is able to do this, let me explain. While Sony owns the cinematic rights to Spider-Man and his cast of characters, Disney owns the television rights to the character. So, Disney has announced (reported by Deadline) that they are making a new cartoon for their Disney Junior channel. Spidey and His Amazing Friends will be a show aimed at the young, pre-school market, looking to teach values and morality through the iconic Marvel hero.

Spidey will be joined with Miles Morales and Spider-Gwen, and will feature team ups with of Marvel heroes like Hulk, Black Panther, and more. The show is set to debut some time in 2021.

While this may not please a ton of fans, its a start for something. And, as far as the cinematic version, we do know that Tom Holland will still play Spidey and that Sony is already formulating a plan to continue on. However, this doesn’t mean a deal still can’t be reached. Fingers crossed that both sides get their collective heads out of their asses and work something out. Spidey belongs home in the Marvel Cinematic Universe. The only plus side to Sony taking back full control is the possibility of a Venom/Spidey crossover.

Whatever happens, fans are just going to have to ride it out for now and see.

Are you excited for a Spidey cartoon? Let us know in the comments below!

Continue Reading
You may also like...
Related Topics:Disney, Marvel, MCU, Spider-Man, Spidey And His Amazing Friends

‘Avengers: Endgame’ Fan Spots Weird Doctor Strange Mistake In The Film
There Will Be Two Thors In ‘Thor: Love And Thunder’
Advertisement
To Top