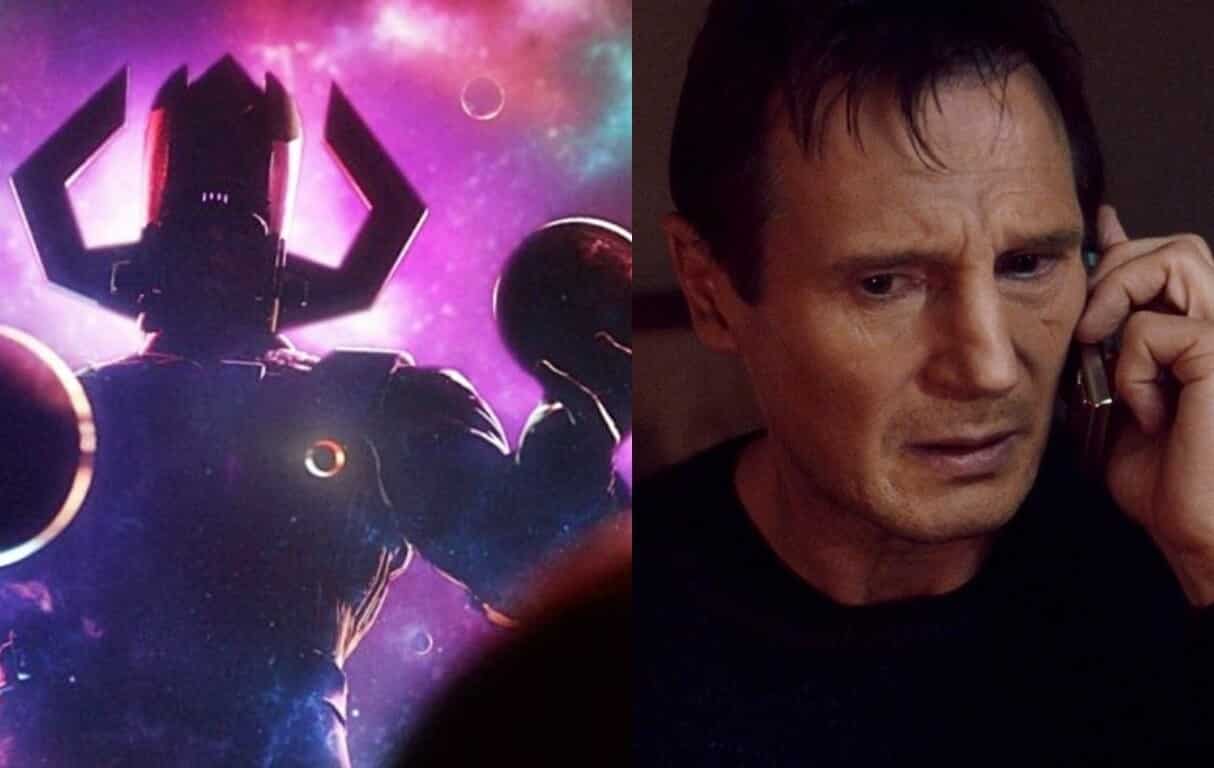 Let the rumor mill start turning again. Now that Disney has ownership of Twentieth-Century Fox, they have a full menu of the Marvel characters Fox owned –specifically from the rosters of X-Men and Fantastic Four. Kevin Feige mentioned at the San Diego Comic Con this year that his studio has plans for those properties. Of those properties, there are a few larger-than-life villains who could stretch over a phase or two, or even a saga, like they did with Thanos. Therefore, you can bet there’s rumors flying about who might be playing what. The latest name in the hat go to the world-muncher, Galactus.

There’s already word going around about the likes of Wolverine, Silver Surfer, and even The Thing. Names like Harry Potter’s Daniel Radcliffe are being dropped for the mutant who doesn’t play very nice. And it was once rumored that David Harbour from Stranger Things and Hellboy was going to be The Thing in the upcoming Black Widow film. That’s been debunked though, now that we know he’ll be Red Guardian. And Keanu Reeves has been fancast as both Wolverine and Silver Surfer.

This next phase is said to have two threats: a cosmic one, and a more grounded one. Michael Korvac seems to be the choice for the cosmic side. Rumors say he’ll be the antagonist for Captain Marvel 2, and then exponentiate his powers for a new lineup of Avengers to take on. The top choice for the grounded villain was Norman Osborn. But now that Sony has taken Spidey and all his affiliated characters back, that seems unlikely. So although Galactus is another cosmic villain, there still may be a chance for him to shake things up. Personally, I would choose him over Korvac any day.

According to We Got This Covered, there are few names being thrown around for Galactus. Such names are David Morrisey, Mark Strong, and…..are you ready for this? Liam Neeson. We Got This Covered only says that their “sources” are telling them this – not revealing who. They back it up by mentioning these “sources” informed them of other news that was later confirmed. But I’ve played this game before. I know what it means when “our sources close to us” is said.

David Morrisey is known for The Governor on The Walking Dead. We Got This Covered previously said he was eyed for Norman Osborn. But now that Sony has pulled out, Disney still wants him for another villain to feature over several movies.

Mark Strong has played comic book villains in the past. He battled Ryan Reynolds’s Green Lantern as Sinestro. He was an antagonist in Kick-Ass. And most recently, he was Dr. Silvana in DC’s Captain Marvel.

Liam Neeson is my favored choice of the three. Surely, CGI will be used for a being as massive as one who eats planets. Some time in a motion capture suit might be spent. But most likely, they’ll mainly use the actor’s voice. Neeson has one of those distinct voices that is appropriate for commanding someone as powerful as Galactus. Yes, he played Qui-Gonn Jinn in the Star Wars franchise. And he was a bad-ass in the Taken trilogy. But most notably, he’s great at playing a god. He was Zeus in Clash of the Titans and Wrath of the Titans. And few may remember that he was Aslan in Disney’s Chronicles of Narnia movies.

It’s also interesting to point out that, before going on to write a handful of MCU’s most important installments, Christopher Markus and Stephen McFeely wrote those Narnia movies.

Whoever they get to play him, I’m sure it’ll beat the storm cloud who previously played Galactus in Fantastic Four: Rise of the Silver Surfer.