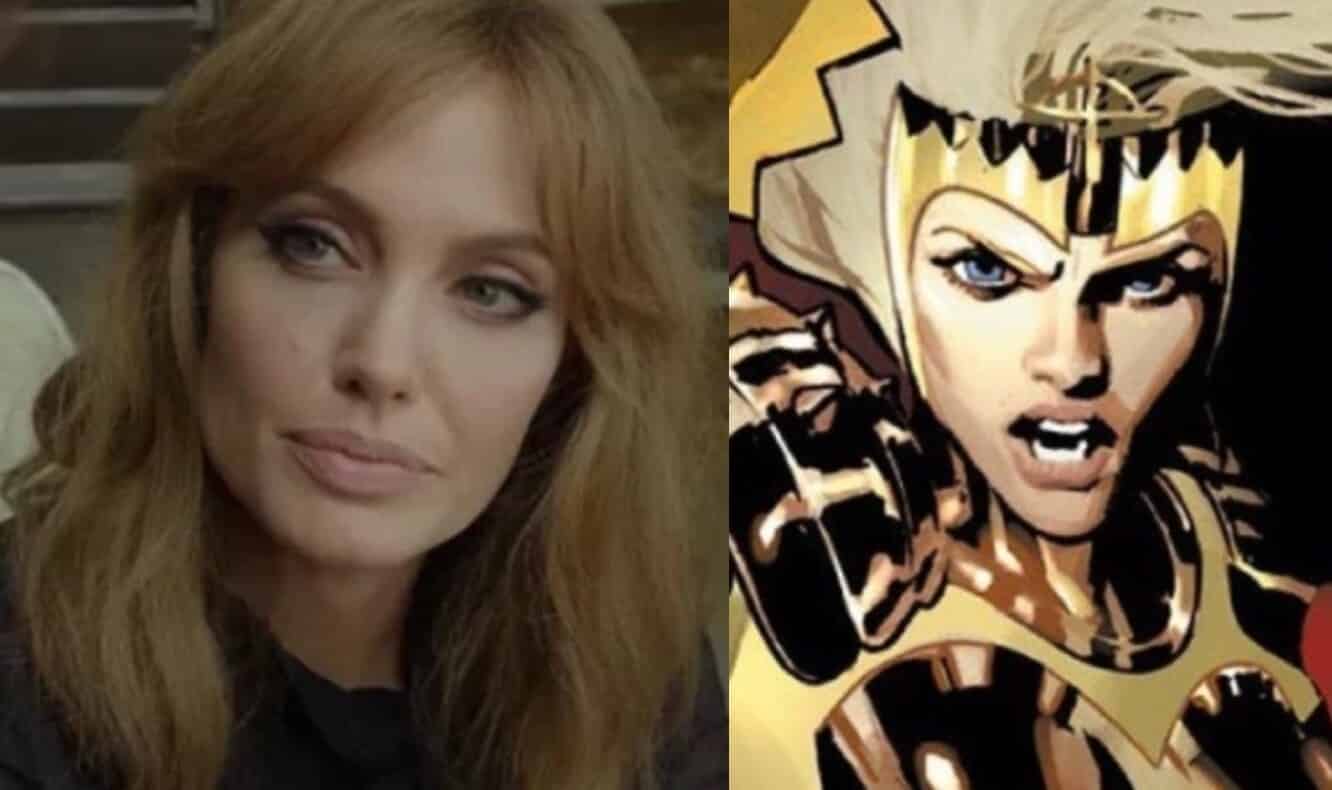 The Marvel Cinematic Universe is steadily moving towards their future films. The Black Widow solo movie is only 8 months from release, and is about to wrap up principal shooting. The film set to follow, and be the first true film of the MCU’s Phase 4, is The Eternals. While the characters are slightly more obscure than what most of the casual Marvel fans are aware of, this movie is set to have a huge impact on the future of the MCU. And, with an all star cast, the film looks to be another home run. Now, the first BTS photos have leaked, giving us our first look at what may be to come.

The Daily Mail got some BTS shots of Angelina Jolie (Thena) with blonde hair. She is standing in a lake, dumping out ashes presumably of someone she cared for. As she is in civilian clothing, it’s hard to say if this is a former team member or not. Most likely, this is more of an establishing moment.

Remember, they are The Eternals. Their name comes from the fact that they are pretty much immortal. This scene could very well be a mortal loved one that Thena lost. Her character loves humans, and is known to fall in love with mortal men. This could a husband or lover she had that has passed away. Think Highlander, when Connor McCloud had to bury his wife whilst staying a young man.

While these pics don’t show a whole lot, nor any of the rest of the cast, it’s a great little appetizer for what’s to come. Jolie looks great, and seems to have bulked up for the role, looking like a true super hero. Even in her civilian clothes, she seems larger than life. Hopefully, we get a few more pics soon, showing the rest of the cast. Maybe we’ll even get to see them in their costumes, or, better yet, get our first look of Kit Harrington as Black Knight.

What do you think of Jolie’s look? Are you excited for The Eternals? Let us know in the comments below!