While fans prepare for what Woody Harrelson will have in store for Tom Hardy, they can read the battle between Venom and Carnage in Absolute Carnage. I sure hope there are people anticipating Venom 2. Yet, it seems like many fanboys don’t care for Marvel outside of Disney. In any case, while everyone has a symbiote except for Eddie Brock now, the former Venom host finds himself a new weapon: Captain America’s shield.

Donny Cates is a superstar scribe at this point. Alongside his Silver Surfer Black, he’s been writing Absolute Carnage. However, he let Immortal Hulk writer, Al Ewing, introduce his character to Brock’s team.

Carnage has been seeking out spinal cords from everyone who’s ever possessed a symbiote. That’s right- spinal cords. I guess whenever a symbiote attaches to a host, it leaves behind something in their spine. And though Hulk never combined with a symbiote, Marvel thought it was ’bout time he did. So with Hulk, Spider-Man, and Venom’s other son, Sleeper, they attempt to stop Cletus Cassidy and his symbiote, Carnage.

In Absolute Carnage #4, the Avengers are fast asleep in pods. So while Venom is attached to Hulk, Eddie is almost defenseless. And since Cap doesn’t need it for the time being, he takes his shield. I don’t know what a Vibranium/Adamantium alloy will do against the psychotic Carnage, but I’m sure Steve Rogers tried it before. 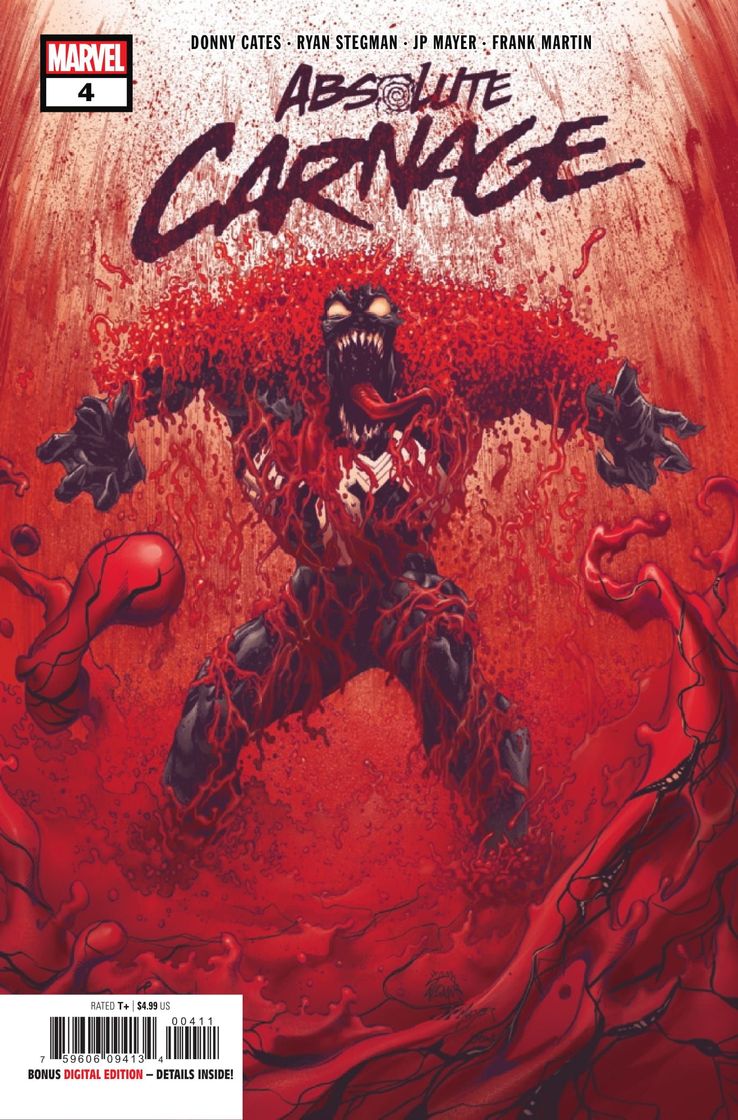 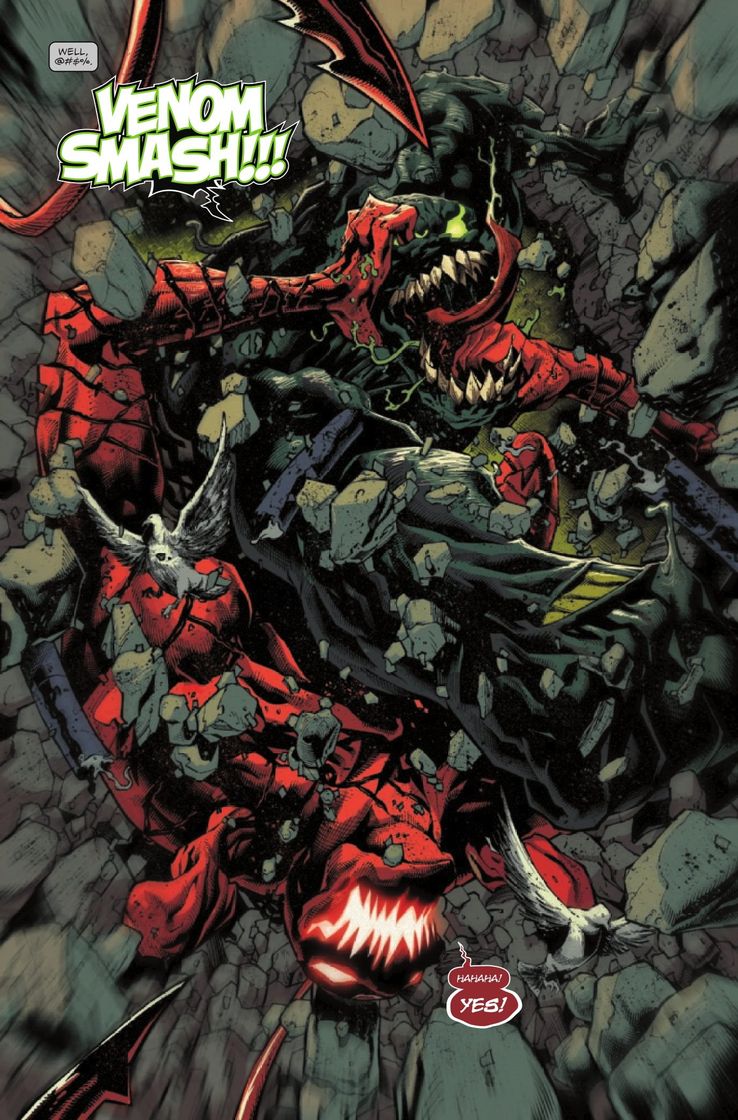 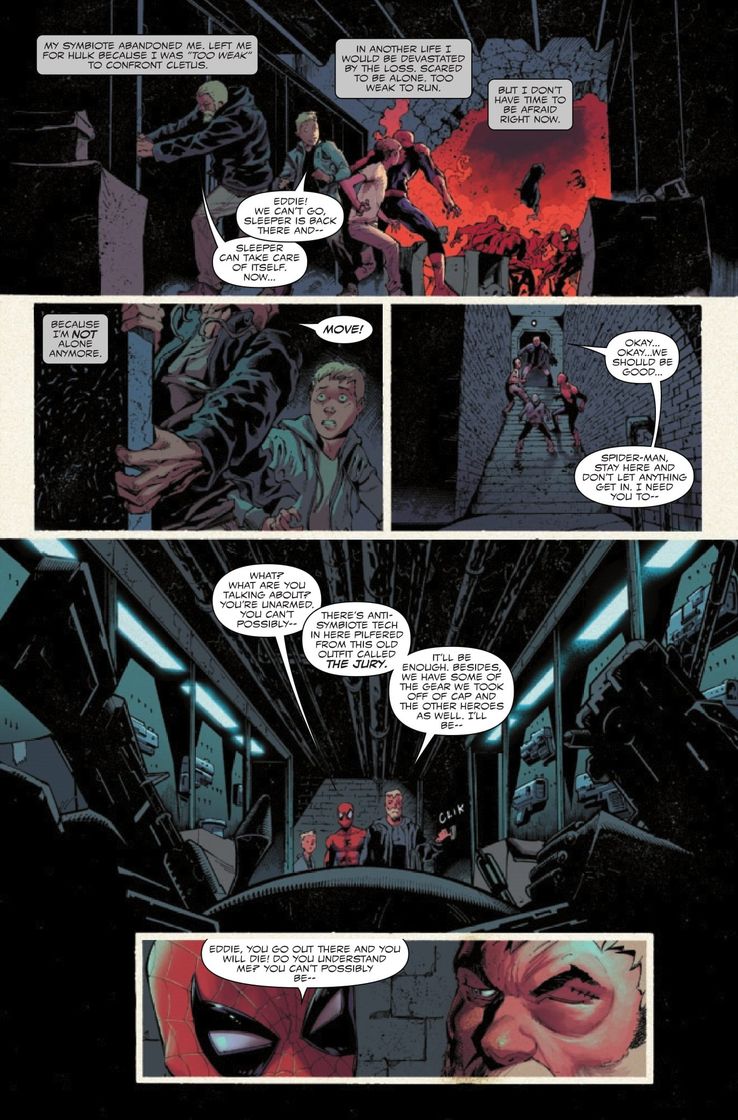 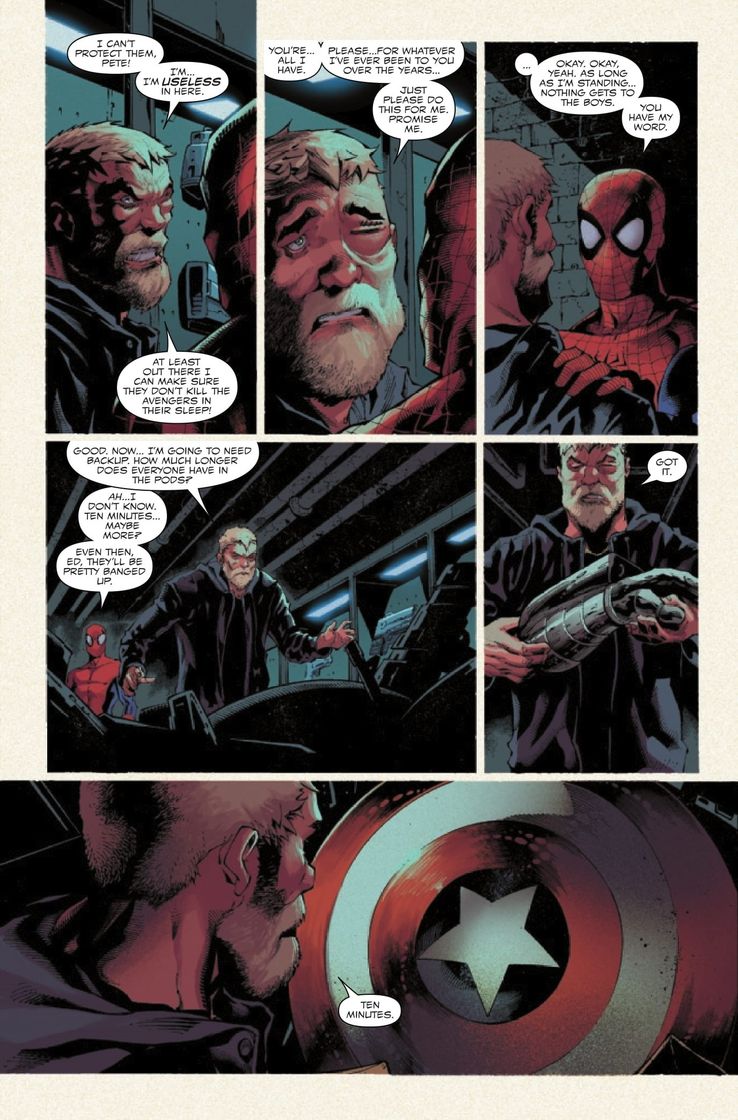 This is something you’ll have to read to believe. Because I don’t think Marvel will adapt it to the silver screen. Tom Holland’s Spidey may be able to join Venom in a fight against Carnage. But Falcon has Cap’s shield in the MCU. And Hulk will probably be busy in that universe as well.

So pick up that issue of Absolute Carnage. It’s the fourth installment, which will wrap up in the next, as it’s a five-issue series. Though, there’s been other supplemental issues like Marvel is known for in their events. Miles Morales has his own story in the event. And like I said, so does Immortal Hulk.

“THE PENULTIMATE CHAPTER OF THE SYMBIOTIC EVENT OF THE YEAR!
•Eddie Brock has taken a beating, lost the allies closest to him, and, after the shocking events of ABSOLUTE CARNAGE: #3, sees no way to take Cletus Kasady down once and for all without making the ultimate sacrifice.
•But what IS the ultimate sacrifice? Of the two beings that are bonded as VENOM, which will make it out alive?”

You can purchase the physical issue at your local comic book shop. Or you can download the digital version at Comixology or Marvel.com. And for more Marvel, true believers can stick with Screen Geek.