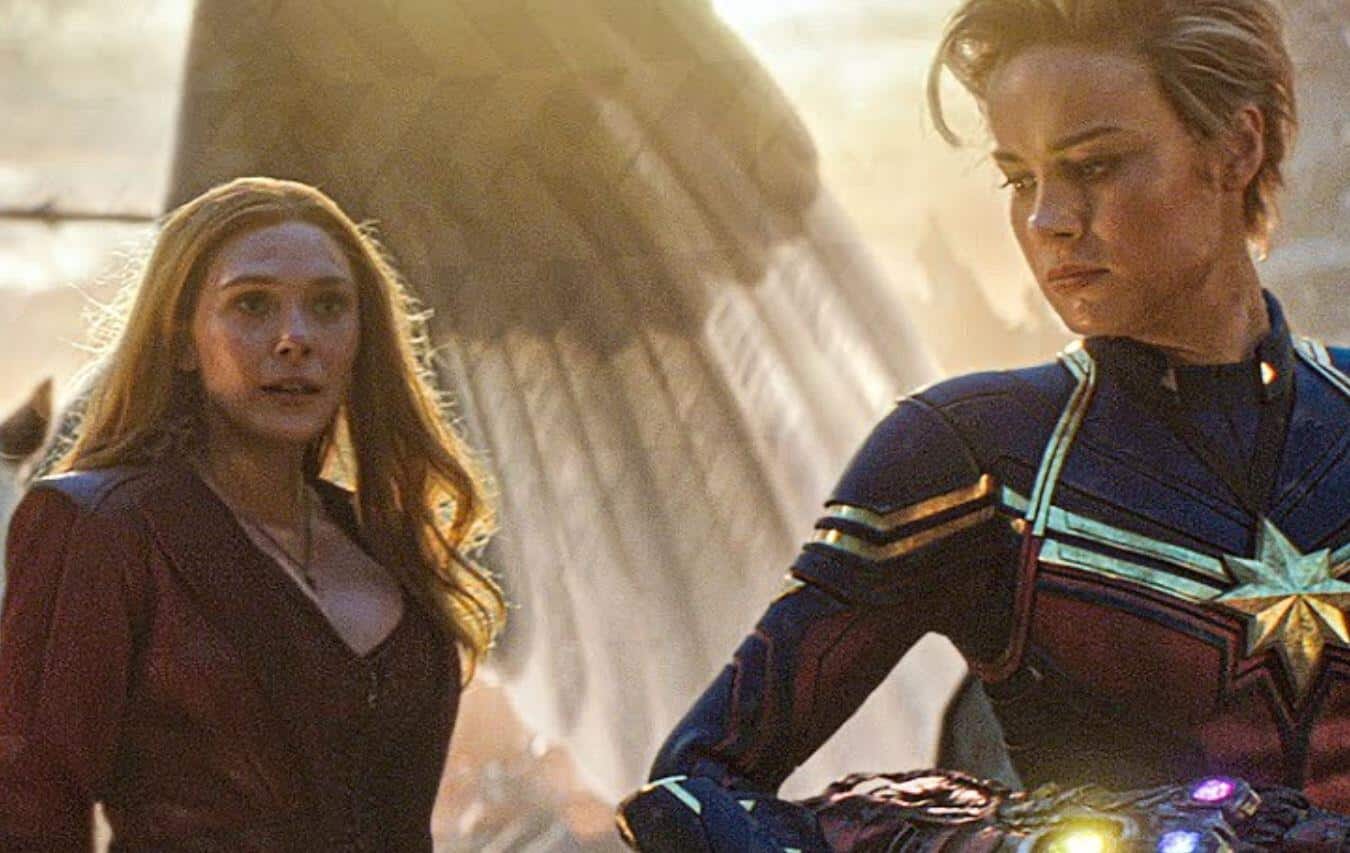 Ever since that scene in Avengers: Endgame, certain fans have been clamoring for an all-female Avengers movie. However, there are those fans against Captain Marvel who complain every time they hear such clamor. But where the franchise only started out with just one female on the team, Marvel finally upped their game with that scene alone. Among those fans is star of the film, Elizabeth Olsen, who plays Scarlet Witch.

Olsen was a guest on Buzz Feed‘s AM to DM. There, she expressed her own wishes to star in a movie about an all-female Avengers team.

“I think people really love these characters. I feel like all the men in Marvel movies have done such a brilliant job with satisfying a lot of things our audiences want, and they’re funny and they’re talented. And so are all the women. And to give them more screentime, I think, would be a huge impact because comics aren’t just for boys who want to watch big boys.”

She’s absolutely right. Contrary to popular belief, girls read comics too. There are also some who watch these movies.

There’s a comic entitled A-Force. With such clamor is to borrow the title. The name is awfully close to X-Force. And in Deadpool 2, the title character’s reasons for deeming his team X-Force was to make it more inclusive.

The Avengers started off with just Black Widow. I don’t know if you want to consider Maria Hill part of that too. But she was a part of SHIELD actually, and not the Avengers. Then Avengers: Age of Ultron is where Olsen’s Wanda Maximoff was introduced. By Avengers: Endgame, we finally had enough females to join the A-Force. In which were Scarlet Witch, Black Widow, Captain Marvel, Shuri, The Wasp, Rescue, Mantis, Gamora, Nebula, Okoye, and Valkyrie.

Aside from Olsen’s campaign, co-writer, Stephen McFeely spoke to Variety about that awesome scene.

“There was a lot of pumped circumstances around it. We certainly thought long and hard about whether it had been earned. We really wanted most of these moments to be earned and not just a delightful piece of fan candy……Honestly, it made me nervous and sometimes, we would bring it up: ‘Do we keep it? Do we not keep it?’ And pretty much we all said, even me, ‘God. I’d rather see it. I’d rather it be in there and make a big conversation and some people won’t think we earned it.’ Everyone wanted to leave it in the movie.”

For now, Marvel has planned to make up for the lack of females in Phase 4. Olsen will star in her Disney Plus show, WandaVision, before lending Doctor Strange a hand. Angelina Jolie, Selma Hayek, and Gemma Chan will lead the Eternals. Scarlett Johansson will finally have her own Black Widow movie. And Natalie Portman will become the new Thor in Love and Thunder. Also, there have been announcements for Ms. Marvel and She-Hulk possibly in Phase 5. Not to mention, despite the Dark Phoenix flop, Kevin Feige will probably want Jean Grey back for his X-Men reboot.

You can watch Olsen in WandaVision streaming on Disney Plus in the Spring of 2021. Black Widow and Eternals will arrive next year. And Thor: Love and Thunder and Doctor Strange in the Multiverse of Madness is expected the same year as WandaVision. For confirmation on that A-Force movie, and all others in the MCU, stay tuned to Screen Geek.