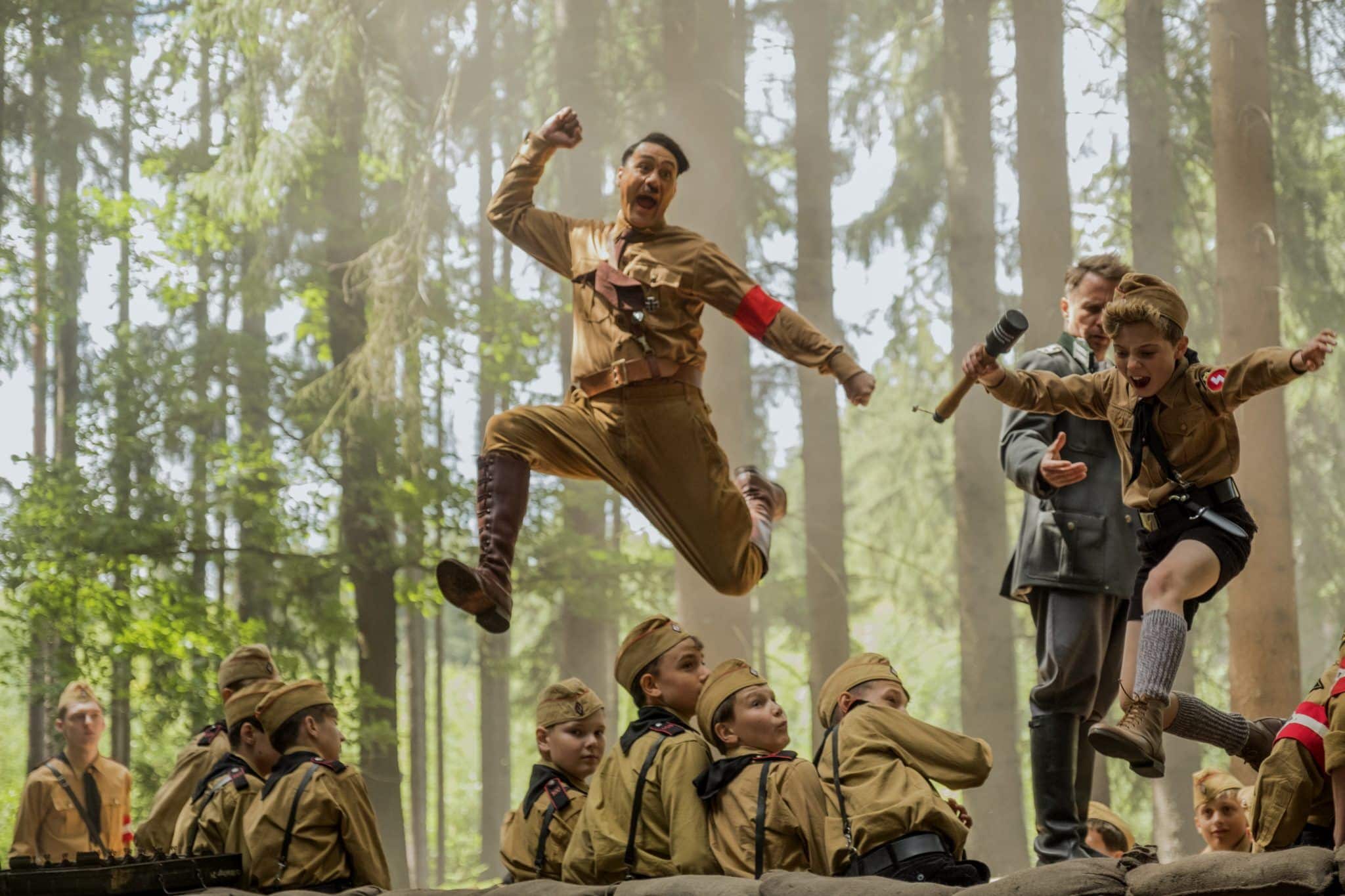 Takaki Waititi is one of those guys that gets the joys of filmmaking. The director, writer, actor, and sometimes mocap wearer made his start with short films and few indie movies. The guy was offered a chance to prove himself to Marvel and the masses when given a chance to bring the Thor franchise from the brink of early death. Yet, Waititi turned the franchise around, and to some extent, made Thor: Ragnarök one of Marvel’s best installments—even Quentin Tarantino likes the movie. Having proved himself to Hollywood, Waititi was given—what some directors have taken decades to achieve—a chance to make his next film be whatever he desired. Enter Jojo Rabbit.

A satirical take on a village in Nazi Germany filled with folks foolish enough to follow Adolf Hitler to their eventual doom. It was a bold move by the director and yet perfect timing in the state of our current times. Did it pay off? A thousand time “yes”.

The film stars Roman Griffin Davis as Jojo. A bright-eyed German boy with hopes of joining Hitler’s (Waititi) army but must deal with the struggles of being different from everyone else when he begins to question whether that’s a good idea or not. To make more things complicated, Jojo finds a Jewish girl played expertly by Thomasin McKenzie as Elsa hiding in his home—thanks to his mother played by Scarlett Johansson. 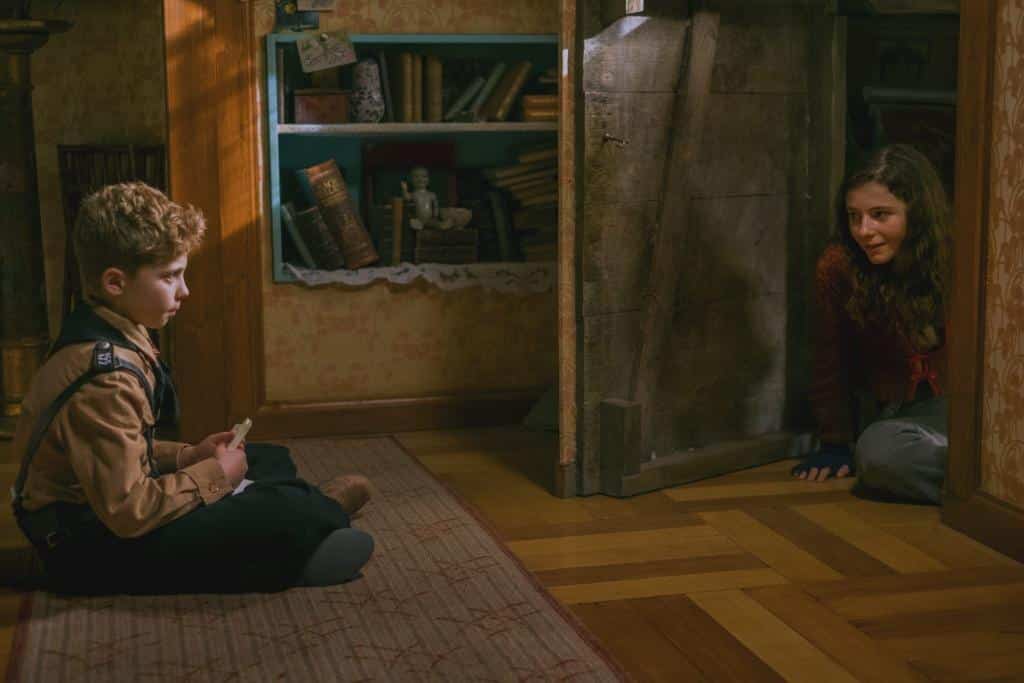 The story is funny. There’s no way not to enjoy the comedy beats and jokes that have been well-paced and well placed by Waititi’s writing. He allows moments in the plot breathing room for the main characters and a few of the secondary characters to develop without the feeling of being overcrowded with its impressive cast. The character development of Jojo is well written that when the serious tones of the third act come ahead, there is a gut punch that Waititi delivers and is not out of place.

The writing of Jojo Rabbit was able to layout little breadcrumbs that would later pay off and deserves a second viewing.

Let me preference that I am not a fan of child actors. Sometimes putting all of the focus of a film on children can go really bad or really well. Fortunately for this movie, it leans a ton into the latter.

Despite the history of Nazism and that ideology, Waititi was able to pull out some stellar and great comedic performance from Davis and McKenzie and even Archie Yates who plays Jojo’s friend Yorki. Davis was able to showcase the inner turmoil of being a kid during this era and realizing that kids his age should enjoy life instead of wanting to end it. The chemistry between him and McKenzie worked perfectly in sync as the two begin to understand one another and end up having to rely on one another.

Also, there was a sense that the director gave everyone else in the film leg room to experiment and have fun with their characters. 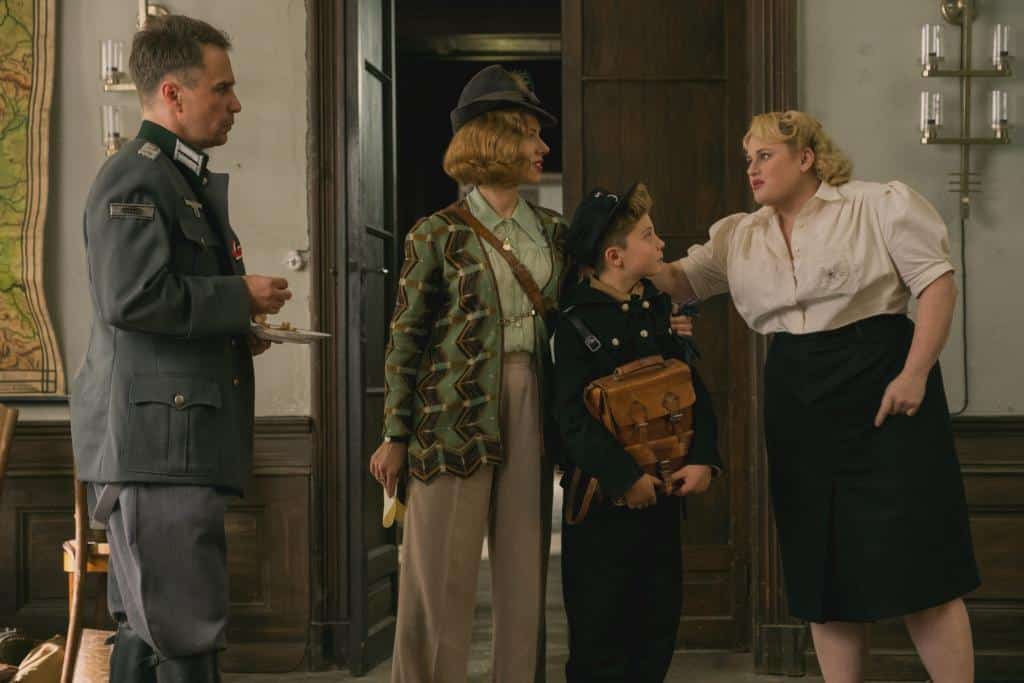 One of the things that makes this film near perfection is the directing skills of Waititi. The man has always had an eye for comedic timing, and he mixes that talent well efficiently with moments of dramatic punches. It serves as a great reminder of some of the most horrific times in humanity’s history. He doesn’t beat you over the head with the idea of gore and overdone violence. Instead, he leads up to those horrors subtly and patiently, so the impact won’t be misplaced or overwhelming.

Which leads into everyone’s favorite part of these reviews, The MVS (most valuable scene or scenes).

There a few scenes that give you optical nerve a pleasing view of the movie—such as fire ambers floating through the night sky and merging with matching lit camps—but the best one is the slow-motion display of war. Jojo has been regretting the idea that he may never see combat, but he’s thrown into this war at a time where his life has faced a drastic lost and will forever change.

The young boy starts to see the collapse of his village and the invading ally forces when “BAM!” the shit hits the fan. The fashion used by Waititi brings everything ahead for the boy and the boy’s mindset is displayed on the screen. It’s done very beautifully in a way to convey chaos while sprinkling some comedy in the scene. 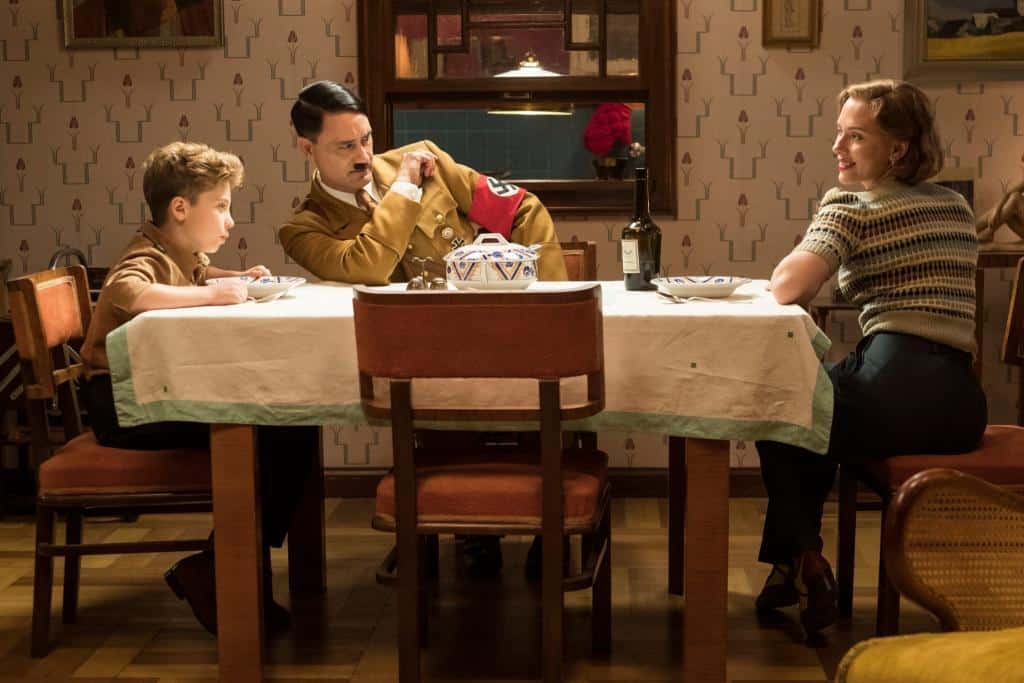 Waititi has come a long way that started back in his early years with working with Flight of The Concords, Eagle Vs. Shark, Hunt for The Wilderpeople, his work with Marvel, and now Jojo Rabbit. The film should be seen and sadly needs to be seen to remind a few backward minded folks of this time in history. Yet, the lighthearted nature of some of the movie allows it to be very entertaining to watch.

I would give the Fox Searchlight produced Jojo Rabbit an A+ but my editor-in-chief rarely believes the justification for a perfect score. Until then, I’ll give the film…