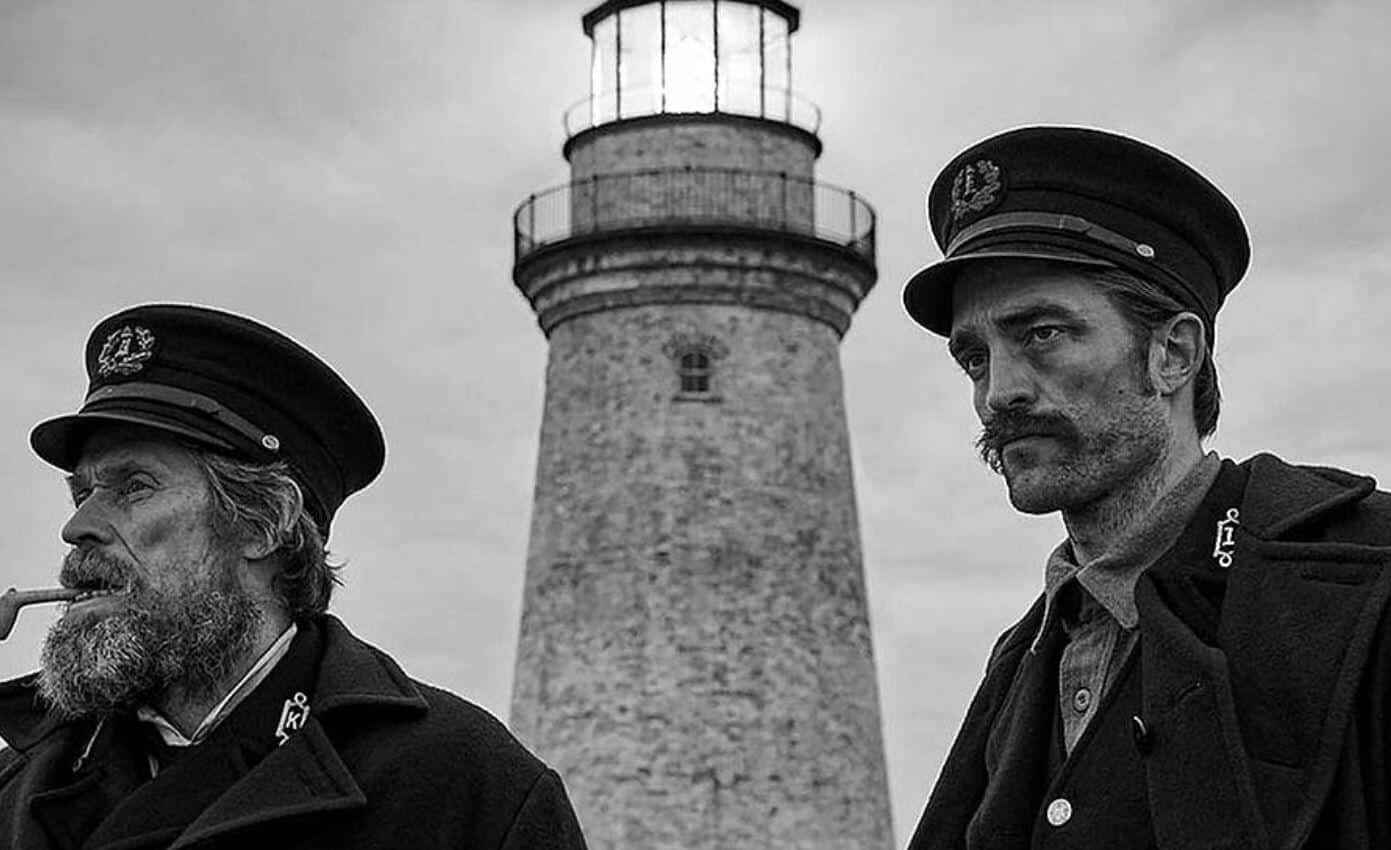 Many speculate on what has made wizkid distributor A24 such a success in independent cinema, winning Best Picture after a mere three years in existence. Much of that I would credit to building strong reports with developing auteurs, as The Safdie Brothers (Good Time and the upcoming Uncut Gems), Ari Aster (Hereditary and Midsommar), and Trey Edward Shultz (It Comes At Night and Waves) have impressed with their unique projects. Following up on his atmospheric horror hit The Witch, director Robert Eggers continues this impressive trend, crafting one of the most accomplished horror features in some time.

The Lighthouse follows Ephraim Winslow (Robert Pattinson) and Thomas Wake (Willem Dafoe), two lighthouse keepers working on a desolate New England island in the 1890s. When a vicious storm hits, their sanity is put to the test as they are forced to live in continual isolation from the world.

Eggers certainly impressed with The Witch, a low-budget witch story that haunted with its shocking imagery and unnerving slow pace, but I would credit The Lighthouse as his true breakout as a visionary voice in horror. Implementing an old-school 1.19:1 aspect ratio to capture the time period and claustrophobia of the setting, Egger’s shoots his project with a unique black-and-white color scheme. The results add to the moody aesthetic, with dark shadows creepily leering into each frame to a haunting effect.

It’s a thrill to watch a director use a wide bag of visual tricks that are each incorporated with skill and intelligence. Eggers’ uses the characters’ unstable mindset to craft inventive surrealist imagery, slowly building up the intensity of these moments to great impact before unleashing an onslaught of torment in the final frames. With both of his features, Eggers has demonstrated patience in allowing the atmosphere to develop slowly from scene to scene, keeping the audience on the edge of their seat throughout.

While The Witch showed some deficiencies in the story department, The Lighthouse is far more accomplished at making the character’s personal demons just as effective as the scares. Credit to both Robert Pattinson and Willem Dafoe who deliver two audacious Oscar-worthy performances that contrast to perfection. Pattinson’s transformation as Winslow is impeccable, with his understated approach quickly morphing into a psychically demanding performance that’s reminiscent of the great Daniel Day-Lewis in its raw expression.

On the flip side, Dafoe expertly crafts his performance of Thomas as a balancing act between menace and humorous caricature (Pattinson’s character even refers to him as a parody at one point). Both actors share a complex rapport onscreen veering from tense encounters to joyful embraces on the drop of a dime, with film’s wicked sense of humor being effective throughout. The emotional variety of this movie truly helps in selling the manic nature of the characters’ descent into madness.

I cannot praise The Lighthouse enough, its a truly inventive and expertly crafted feature that finds its three main players at the top of their game. This is a must-see in theaters if its playing around you, especially with Halloween fast approaching.

Continue Reading
You may also like...
Related Topics:Robert Pattinson, The Lighthouse