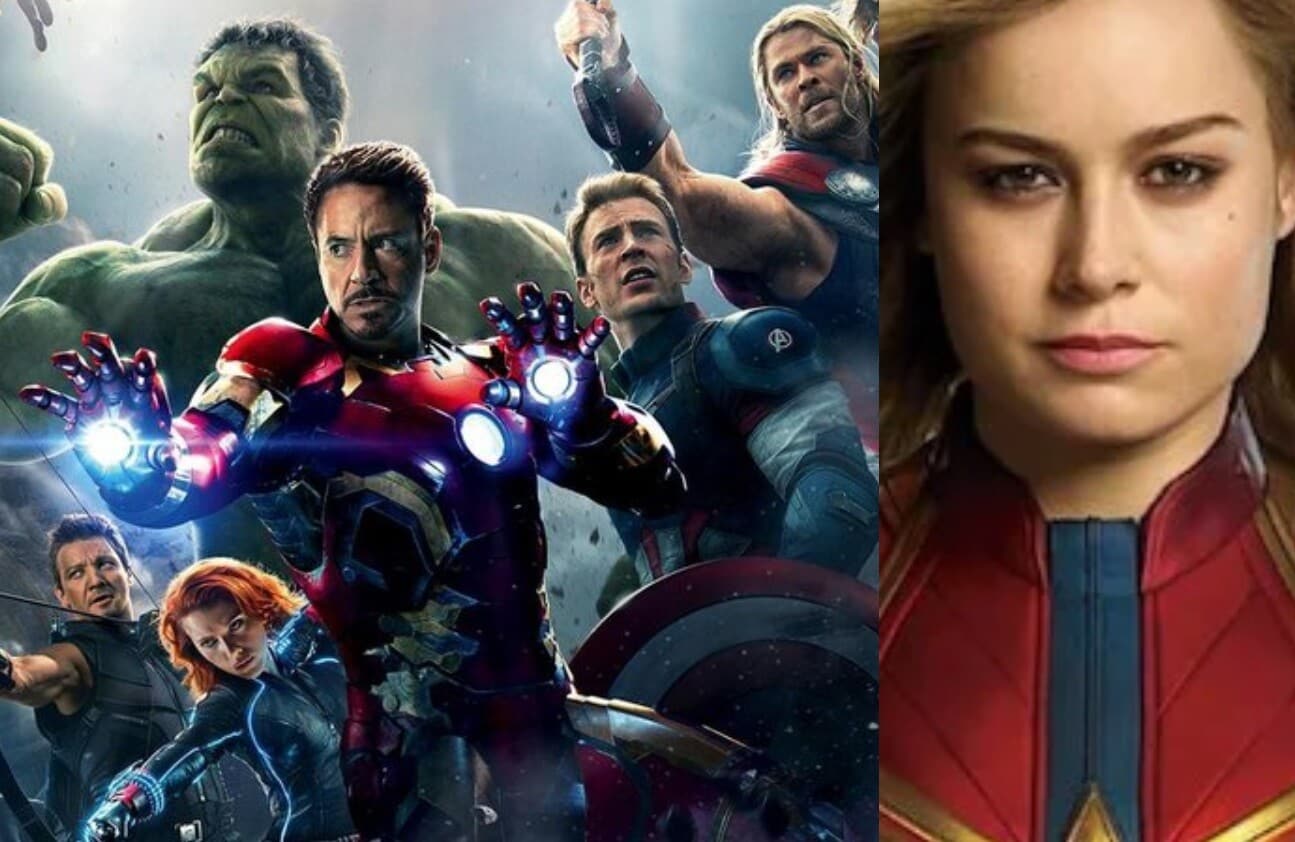 Captain Marvel has proved yet another successful hit for the MCU. Along with the other two installments from 2019, it has earned at least a billion dollars. Negative folks have hated on the character and Brie Larson’s portrayal. But that didn’t thwart the success of the movie. Disney has even pushed for Larson’s Oscar nomination for Avengers: Endgame. MCU tends to introduce their characters in other movies before releasing their solo feature. Such as Spider-Man in Captain America: Civil War. But her 2019 movie was Carol Danvers’ first appearance. Though, there was that post-credit scene from Infinity War that teased her. However, there were plans to introduce her at the end of Avengers: Age of Ultron.

A Twitter account named Cosmic shared a screenshot from Disney Plus. Among the special features for Avengers: Age of Ultron, there is an alternate scene of the ending with Captain America and Black Widow’s new Avengers team. In the version we eventually saw, the team included Scarlet Witch, The Vision, War Machine, and Falcon. But in this version, there is a stand-in for Captain Marvel. The actress who played her is uncredited.

BREAKING: In this new deleted
scene on Disney+ it shows that
Captain Marvel was originally going
to appear in ‘Avengers: Age of Ultron’ pic.twitter.com/Q91yVePmEf

Joss Whedon is known for his strong female characters. He proved this with Buffy the Vampire Slayer. His ex-wife tried to out him as a fake feminist. But there’s no doubt that he wanted more female Avengers in his movies. He wanted the Wasp in his first film. And he tried to get Carol Danvers in his second film.

Movie Web reported about an interview with Kevin Feige from 2015. The head of Marvel Studios (who eventually became CCO for all of Marvel), discussed his conversation with Whedon about Danvers in Age of Ultron.

“The way we reveal Scarlet Witch (in costume) at the end of the movie? Those were Captain Marvel plate shots. Joss said, ‘We’ll cast her later!’ And I said, ‘Yeah Joss, we’ll cast her later.’ (Whispers to an invisible associate who isn’t Joss) ‘We’re not putting her in there!’ Finally Joss was like ‘Let’s use those plates to let Scarlet Witch fly into frame, give her a big entrance?'”

Feige has stated before that he doesn’t like to throw characters in willy-nilly. That’s what diminished Fox’s X-Men films. Beta Ray Bill was cut from Thor: Ragnarok. And Red Hulk has been put on hold. These were so that they can be given proper introductions when the time was right. Captain Marvel eventually had a successful film. And replacing the stand-in with a bigger part for Scarlet Witch was wise. Elizabeth Olsen’s performance has proved to be a great character leading to her own show, WandaVision.

Larson’s next appearance as Danvers will more than likely be Captain Marvel 2. There hasn’t been a release date yet. But it has been promised. Marvel just announced four films for 2022 and another four in 2023. Chances are the sequel will be one of those untitled dates. There have been rumors for plots. Some say that she will meet Michael Korvac. In which he will be prepped for a major villain. Hulking is also said to appear since he is a Skrull. Hulking is another member of the Young Avengers. They are rumored to be scattered throughout future MCU projects before culminating for their own feature.

For confirmation on Captain Marvel 2, Young Avengers, Micheal Korvac, and other elements of the MCU stay tuned to Screen Geek. We’ll also have you covered on these nuggets from MCU’s epic past.