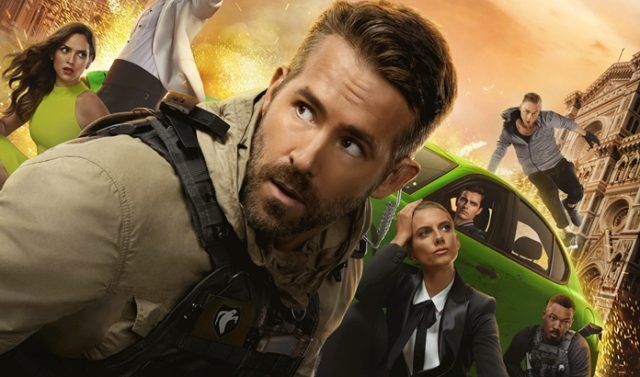 Few directors have the enigma status of Michael Bay, as he’s enjoyed a prosperous career despite dividing many with his abrasive embrace of style over substance. When his style works (Pain and Gain), it can be an adrenaline-pumping experience, but when it doesn’t (Transformers: The Last Knight), Bay creates some of the most nonsensical and nauseating film experiences. Now moving to Netflix with his latest effort 6 Underground, Bay ups the ante with a wildly audacious experience that works with moderate success.

6 Underground follows One (Ryan Reynolds), a billionaire who has faked his death in order to benefit the world without government interference. After recruiting five others to do the same, they task themselves with creating a coup d’etat to save an oppressed nation.

Working outside of studio limitations, Bay is able to unleash his stylistic sensibility in full force to make for an action onslaught. While that hasn’t always worked for the blockbuster director in the past, he delivers with reckless abandon here. The setpieces shine with creatively-structured action that pushes reality and stunt coordination to their limit, often yielding some audible surprises (a certain magnet scene in the third act is a true stunner).

It’s not just Bay’s conception though, as he makes a noticeable impact with his stylistic flourishes. A melody of flashy edits and well-thought camera angels create a pulsating pace, with slow-mo and POV perspective shots giving a unique dimension. Bay’s style works occasionally at laying the dramatic framework too, particularly with the backstory of PTSD victim Seven (Staright Outta Compton’s Corey Hawkins).

Giving this effort much-needed personality around the chaos, star Ryan Reynold’s streak of charming performances continue here. His quick-witted humor fits Bay’s goofy machismo tone to perfection, but he’s also capable of grounding the material when need be. He sells his arch as a jaded billionaire learning to embrace his team’s family dynamic. While the acclaimed actors aren’t giving the most notable roles (Melanie Laurent and Dave Franco deserve more to do), the team dynamic has moments of humor and genuine connection.

6 Underground represents Michael Bay pushing his auteur status to its furthest degree, which shows both the strengths and blemishes of his work. His penchant for juvenile humor leads to many cringe-worthy moments, but it’s his inability to focus a narrative that damages this effort the most. Between constant flashbacks and an overly-written plotline that fails to capture its human element, 6 Underground can be a mixed bag when the action isn’t onscreen.

When it works though, 6 Underground works as a shameless romp that constantly blasts energy and style at the screen. With a potential sequel on the way, I look forward to what Bay has in store going forward.