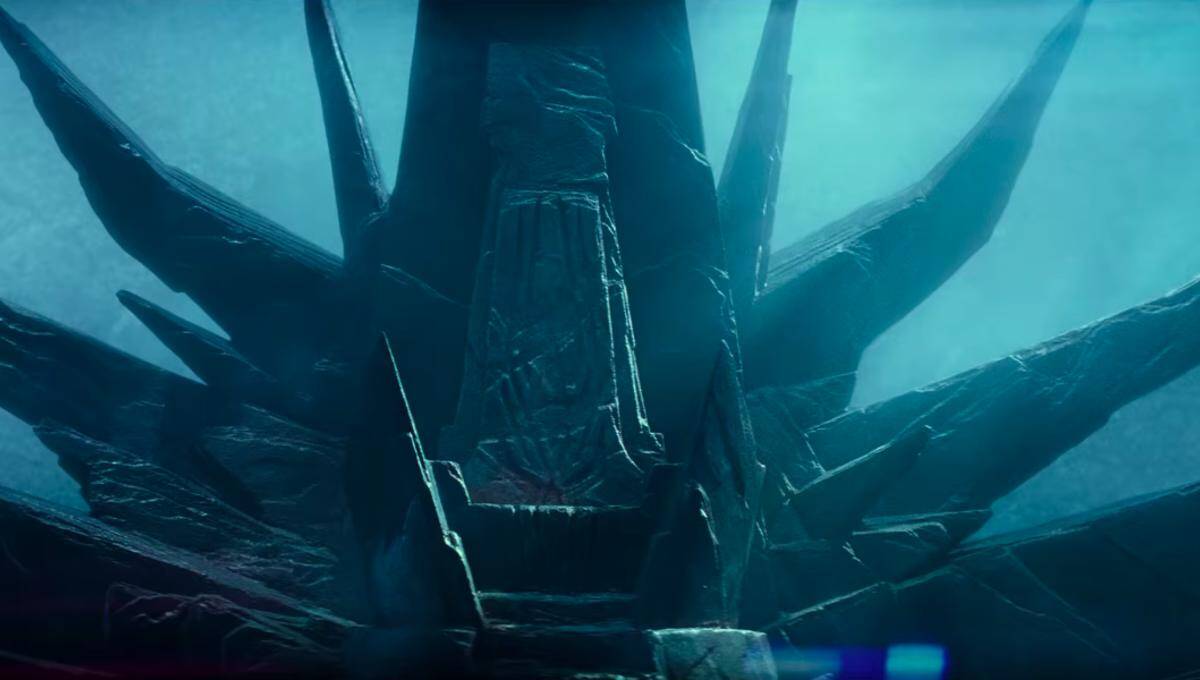 If you type in “Star Wars: The Rise Of Skywalker Theories” you will probably find yourself falling into and slowly be devoured by the stomach acid of the internet’s Sarlacc Pit. There’s probably a clone of the Emperor down there as well. So, why not add another theory on top of the canon fonder of Storm and First Order troopers.

Many people have stated that the current trilogy has no direction but I would argue that isn’t entirely true. The Force Awakens and The Last Jedi have been leading up to an ultimate conclusion for the Skywalker Legacy and I believe that clues have been laid out since the story began. Now, to say that an overarching close to 50-year plan was set in store back in 1977 would be insane.

It has been reported for many years that Geroge Lucas himself had ideas of where to take the franchise but never anything concrete.

However, two key factors that have always remained in these movies are the battle between the light side and the dark side, and Sheev Palpatine also known as Darth Sidious/Emperor Palpatine. During some careful research, I’ve discovered a strong connection linking the battle within the Force and the galaxies more dangerous Sith Lord’s master plan.

If you would like to go into Star Wars: The Rise of Skywalker completely absent of any speculations, it would probably be a good idea to close your internet browser.

The Emperor and Shimi 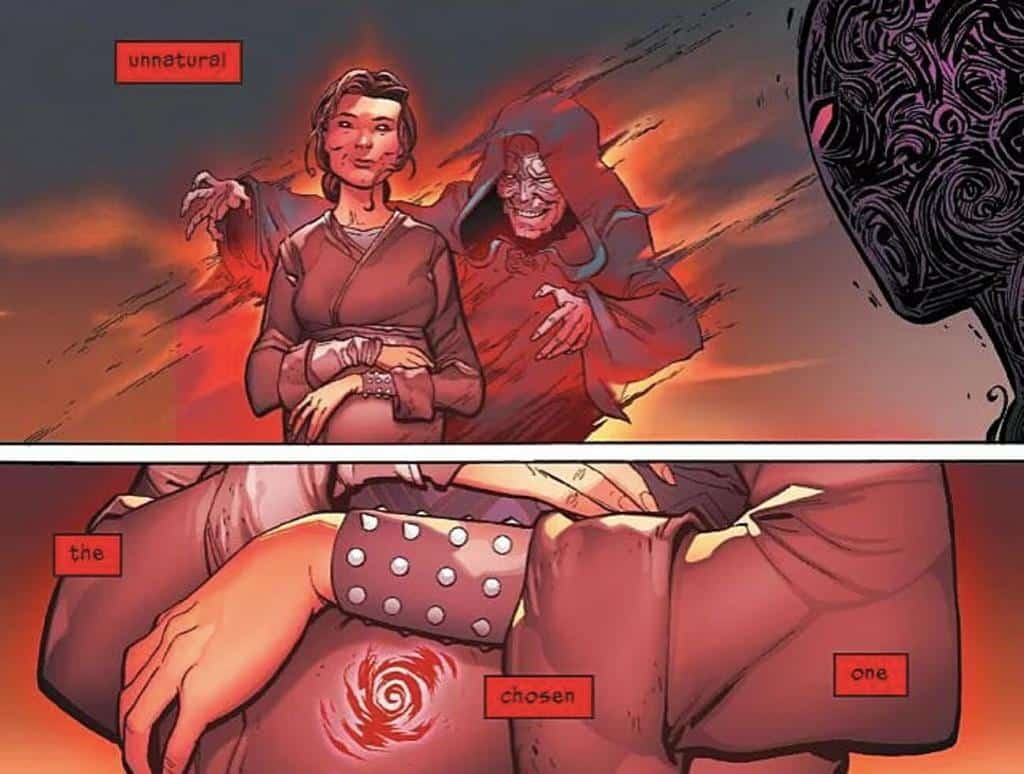 For those with a perplexed look at the sight of Shimi, she’s Anakin’s mother. In Star Wars: The Phantom Menace, Jedi Master Qui-Gon Jinn questioned Shimi on Anakin’s father. When asked, Shimi revealed, “There was no father. I carried him. I gave birth. I raised him. I can’t explain what happened.” Yet, there have been stories and illustrations that Sidious had manipulated the midi-chlorians (dry heave) to form a child that would later become Anakin.

It is part of my theory that this was the first step of Sidious’s plan. He would create a being entirely of the dark side of the force with hopes of controlling that power.

A Hidden Plan In the Hunt

Once Sidious had control over Anakin/Darth Vader, his clone army, and the republic, the hunt for Jedi would begin. Sidious—who is now referred to as The Emperor—had his strongest weapon by his side, Darth Vader. This strong ally with ties into the dark side was only half of the whole piece that the Emperor needed to control the force. Order 66—the extermination of the Jedi—was enacted and many had fallen either by the hands of the Clone Army or by Vader.

In order to find the strongest in tune with the light side, the Emperor sought to find the last Jedi—survival of the fittest.

Yet, the Emperor would not take into account Newton’s Third Law: For every action, there is an equal and opposite reaction. Enter the birth of Luke Skywalker and Leia Oregano.

In the original trilogy, The Empire is close to full control of the galaxy with a small rebellion holding ground and stopping total dominance. The destruction of the first Death Star, with the help of Luke Skywalker, put a serious damper in the Emperor’s plan to rule the entire galaxy. Though it was a big win for the rebellion, it exposed Luke to the leader of The Empire.

The Emperor had stated in Star Wars: The Empire Strikes Back, “We have a new enemy, the young rebel who destroyed the Death Star. I have no doubt this boy is the offspring of Anakin Skywalker.”

Even though The Emperor has given the order to kill Skywalker, it’s Vader who suggests that the young rebel can be turned to the dark side. An opportunity lost from the Emperor 20 years ago has now come back. Obi-Wan Kenobi had fallen by the hands of Vader, Yoda was long thought to be dead, and Leia Oregano’s link to the force was unknown.

However, Luke could be tempted and turned because his will had not been truly tested.

To accomplish this, the Emperor would follow the same method of manipulation and torture once used to breakdown a young Anakin before accepting the dark side. This would possibly break Luke’s will during his confrontation with Vader. Unfortunately for the Sith Lord, this would not be achieved due to his death thanks to a now remorseful Darth Vader.

But you can never keep a good Sith Lord down. 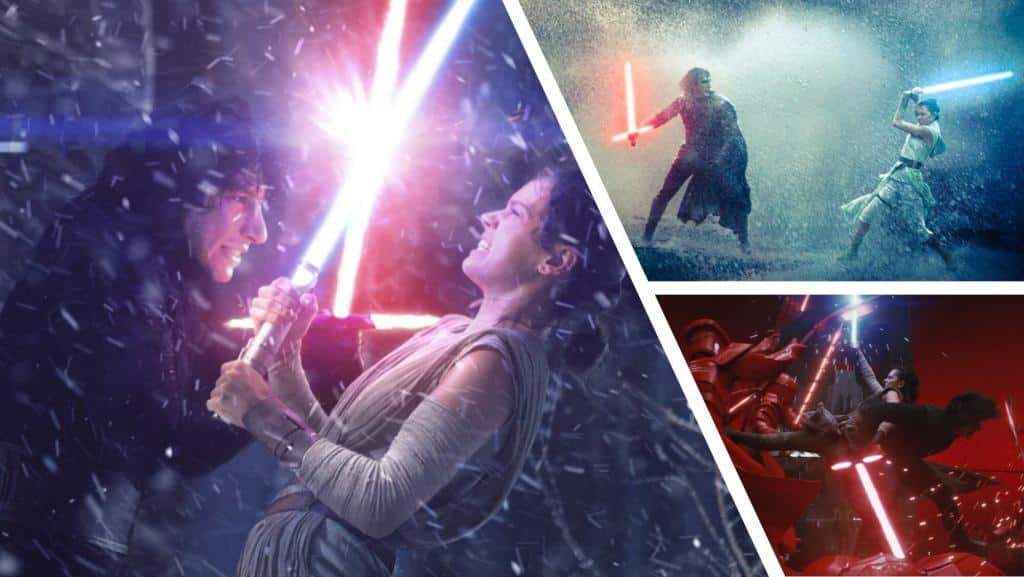 For as long as the franchise has been around, countless individuals have dissected, analyzed, and broken down every piece of dialogue and character motivation to gain a deeper knowledge of the story. The latest entries deserve this treatment. Once you get past Rey’s adorable smile, Finn’s baritone yelling, Poe Dameron’s ego, and Kylo Ren’s dreamy eyes, the meaning of certain set pieces come to light.

In Star Wars: The Force Awakens, the climactic battle between Rey and Kylo is set on the snowy backdrop of Ilum, also known as Starkiller Base. The color scheme of this scene is very telling. The color of white is seen as a blank canvas or in some cases birth. In this lightsaber duel, Rey’s birth into the light side has arrived. She has become in harmony with the force and starts her quest to find her place in this galaxy.

Star Wars: The Last Jedi takes you on the journey of Kylo’s descent into the dark side. Though there are many moving parts within this film, a good portion of the story surrounds the Knight of Ren. It’s not until later that a hidden message reveals itself. In the third act of the TLJ, we have Rey and Kylo situated in Snoke’s throne room. The color of red is used for this backdrop at a level that can not be avoided.

Red has been closely associated with rage and hatred. This emotion has become a huge part of Kylo’s personality has been his driving force to destroy his uncle, Luke Skywalker. His anger only continues to grow on the planet of Crait—which the surface and unground is red with a thin white layer on top—as he battles against his Jedi master uncle. During this battle, Kylo’s movement reveals more of the red exterior and symbolizes the escalation of his wrath.

By the end of the film, we have the birth of Kylo Ren as he’s one step closer to fully embracing the dark side. 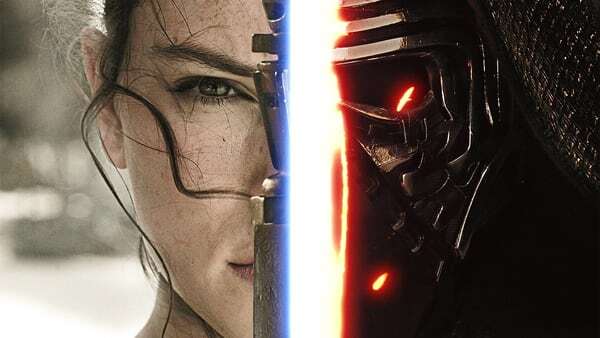 Now, here’s where we come to Star Wars: The Rise of Skywalker speculations.

From what I gathered from the trailers, the final battle between our Jedi and Knight of Ren may take place on the ocean moon of Kef Bir. It’s no secret that the Emperor is expected to return in the final installment of the Skywalker saga and this revelation could mean the end of our Rey and Kylo. The color blue has been connected with certain circumstances of life such as unity, balance, and in some cultures, immortality.

This is when we finally get the Emperor’s master plan.

He plans to unite Rey and Kylo to absorb their respected will over the force for his own. This is his ultimate plan to be the most powerful being in the galaxy and to become immortal. Rey is powerful with the force and Kylo’s power equals her. Let’s not forget that blue represents the sea which has been believed to represent “cleansing”.

A metaphorical cleansing of the Jedi and Knight of Ren will open the doors for Emperor to take control.

It can be a lot to digest. Trust me, I’ve been revisiting all of the movies and going back to some of the lore that is still considered canon.

The premiere of Star Wars: The Rise of Skywalker is days away and I for one am incredibly thrilled to see how this saga will end. Whether you’re for or against the latest entries, you have become part of the conversation. The point of these movies is to entertain and to build a community among its fans while welcoming curious minds into the fold. Wherever the franchise lands in the future, there will always be its fans young and old to enjoy the stories and to continuing the analyzing of such stories from a galaxy far far away.