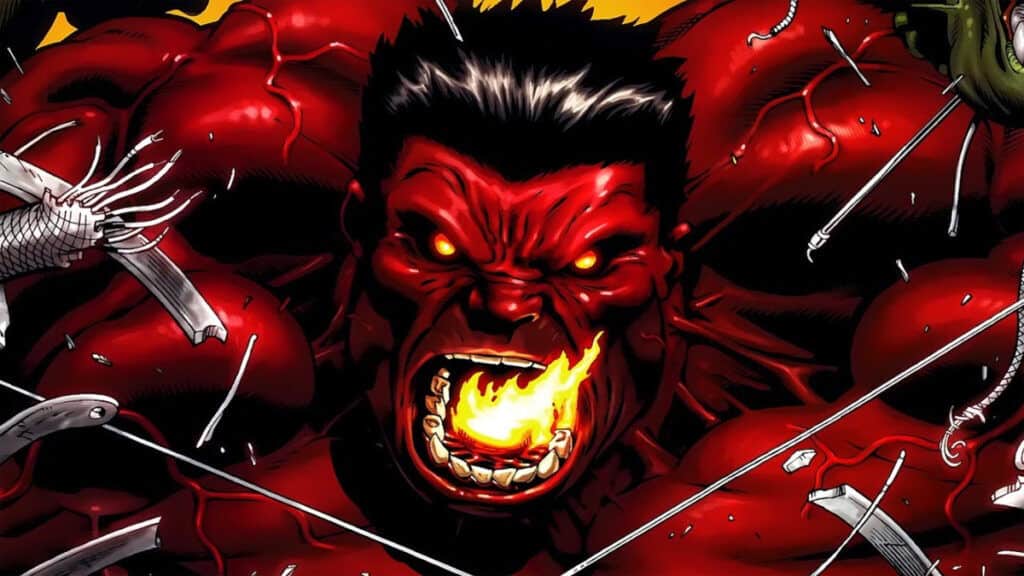 Bruce Banner’s Hulk was a much welcomed and needed addition to the MCU. The history of the character as an allegory of depression, anger, and trying to find inner peace was a great choice for these movies. That ideology was only complicated further—in the comics—with the inclusion of the Red Hulk.

The antagonist of The Hulk has gained a lot of popularity over the years and some folks are waiting for his or her entry into the MCU. We don’t really know when Mark Ruffalo’s Hulk will be seen in the big or small screen but it looks like someone saying that The Red Hulk might pop up soon.

Grab your saltshaker for this story, as you’re going to need a ton of salt. It appears that the fan blog MCU Cosmic claims that the Red Hulk will be showing up in some form or fashion. For those who need to know, the Red Hulk is General Thaddeus Ross. The character made his grand entrance back in 2008 with the help of a specialized version of the super-soldier serum.

There has been a lot of work behind the scenes at Marvel Studios to gear up for the next phase of their movie and TV shows. Last year’s D23 event was a huge blowout when Marvel dropped the news of several Disney+ streaming shows. On the movie side, we have Guardians of The Galaxy Vol.3, Captain Marvel Part 2, Thor: Love and Thunder, and Doctor Strange 2 and Universe of Madness.

Let’s not forget that the long-awaited Black Widow and Eternals movies will be hitting the big screen this year, so it’s anyobody’s guess as to when we could see the character actually make his debut in the MCU, but when it happens, we’ll be sure to keep you posted.

Are you excited for the debut of Red Hulk? Tell us in the comments below!