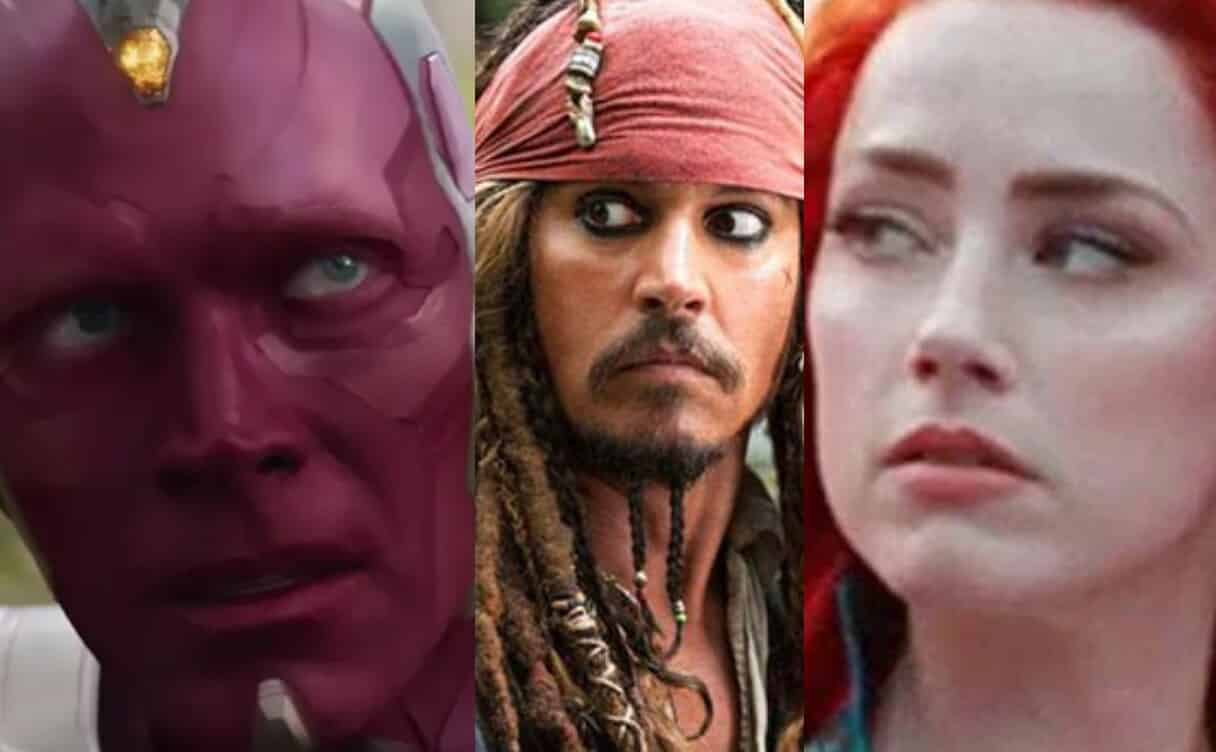 As the fierce legal battle between Johnny Depp and Amber Heard heats up, another Hollywood actor has found himself caught up in the drama. Paul Bettany, who co-starred with Depp in the movies The Tourist, Transcendence and Mortdecai was recently brought up in the bitter dispute between Heard and Depp after texts between the two actors appeared as evidence in Depp’s Libel case against UK publication, The Sun.

As Page Six reports, Depp was listening on as several texts allegedly sent between the pair between 2013 and 2014 were read out including one in which Depp told Bettany they should “Burn Amber”. It was also stated that later that day he sent a follow up text – which stated:

“Let’s drown her before we burn her!!! I will f–k her burnt corpse afterwards to make sure she is dead.”

The libel case in question came about after The Sun posted an article in 2018, claiming that the actor had assaulted Heard, however – the texts that were read out actually came from Depp’s previous legal team – who accidentally leaked 70,000 texts to the newspaper.  Those present also heard a text between the pair that allegedly took place after an incident on a private flight that Depp took with Heard in 2014, which read:

“I’m gonna properly stop the booze thing, darling … Drank all night before I picked Amber up to fly to LA, this past Sunday … Ugly, mate …. No food for days … powders … half a bottle of whiskey, a thousand red bull and vodkas, pills, 2 bottles of Champers on plane and what do you get??? … An angry, aggro Injun in a f–kin’ blackout, screaming obscenities and insulting any f–k who got near …I’m done … I am admittedly too f–ked in the head to spray my rage at the one I love … For little reason, as well I’m too old to be that guy. But, pills are fine!!!”

Bettany has previously gone on to defend Depp on social media back in 2016 – where he tweeted the following.

It’s currently unknown just how Bettany responded to these messages – or how he will fit into the future of this case, but it goes without saying that he may become a lot more involved as it goes on.

There was controversy earlier this month when recordings from Amber Heard were released in which she admitted to physically abusing Johnny Depp. Petitions were made to remove the actress from her role in Aquaman 2 and as spokesperson of L’Oreal – but neither of those things have happened at the time this article was written. We’ll be sure to keep you posted as things unfold.