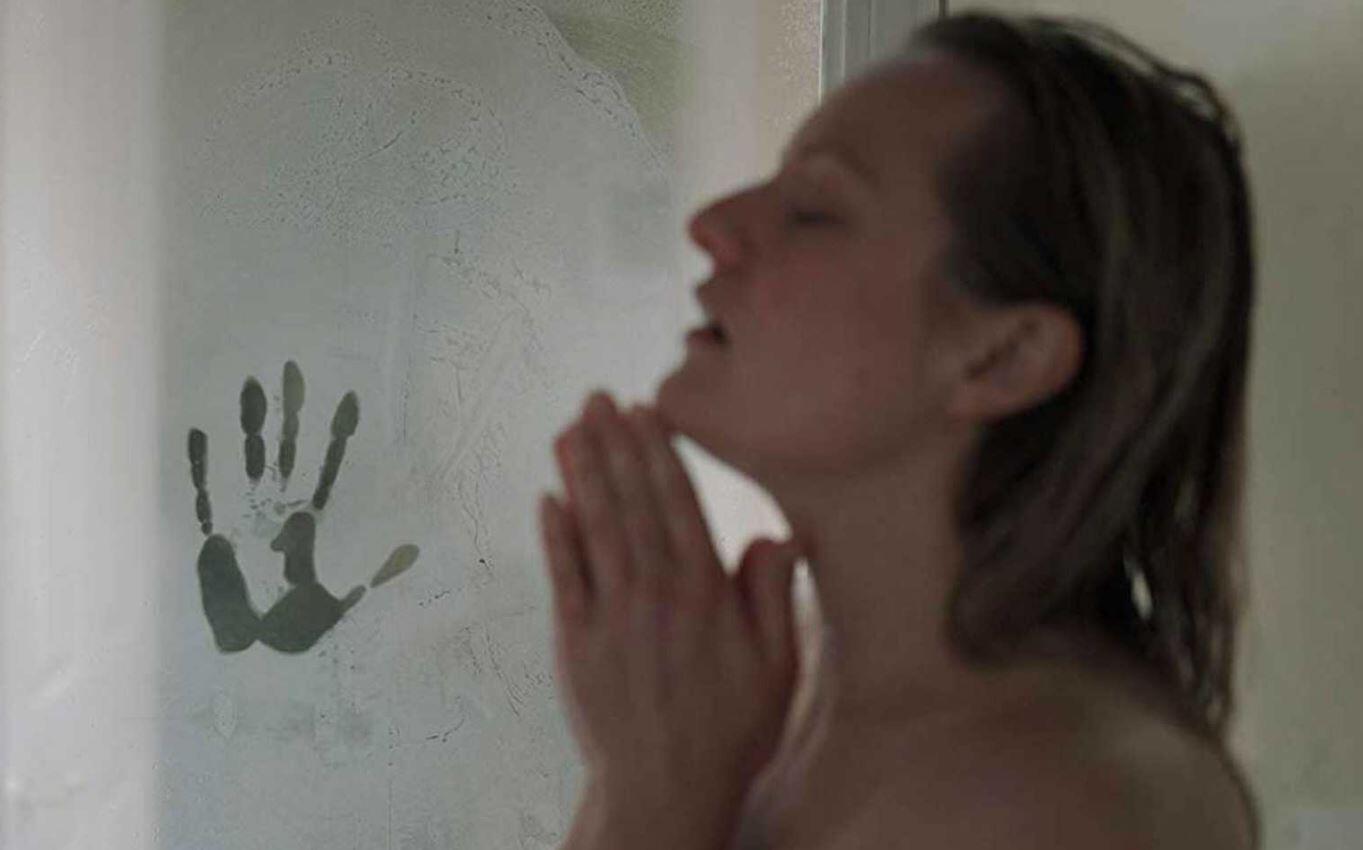 When Universal intended to create a cinematic universe for its iconic monster staples, fans were delighted by the potential of old-time favorites unnerving modern audiences. Their first iteration, 2017’s underperforming The Mummy, opted for a blockbuster action approach that didn’t connect with audiences while also betraying the source material’s atmospheric roots. Now intrusting producer Jason Blum and writer/director Leigh Whannell (craftsman of the supremely underrated Upgrade), Universal has corrected their approach with The Invisible Man, an unsettling horror/thriller that effectively grounds itself in personal traumas.

The Invisible Man follows Cecilla (Elizabeth Moss), who in the midst of recovering from an abusive relationship with industry titan Adrian Griffith (Oliver Jackson-Cohen), discovers he has committed suicide. While the world may think he’s gone, Cecilla begins to feel an invisible presence stalking her, believing Adrian has found a new way to wreak havoc on her life.

Thriving when most early-year horror pictures fall flat (both The Turning and The Grudge received F CinemaScores), The Invisible Man shines due to its understanding of what makes scares actually unnerving. Rather than fixating on grotesque imagery or slow-paced jump scares, Whannell’s script focuses on the lingering effects of domestic abuse, which further intensifies the well-executed horrors on screen.

Credit to star Elizabeth Moss, who continues to be one of Hollywood’s committed performers. Moss portrays Cecilla’s gradual loss of control with sensitivity and weight, with her intensely unhinged moments never striking a false note in their humanity. It would be easy for an actor to go overboard with this role, but it’s her ability to capture the finite nuances of trauma and the impact it has on its victim so effectively. Supporting players Oliver Jackson-Cohen and Aldis Hodge are also strong, with Hodge’s sympathetic turn as a supporting force in Cecilla’s life showing his immense talents.

Whether its low-budget science fiction or horror, Leigh Whannell displays a masterful ability to craft an alluring narrative. His poise as a director is on point, patiently letting shots sit and develop while building a tense atmosphere. There’s impressive precision to every frame, with Benjamin Wallfisch’s sparsely-used score (which is nice to see for a change), adding fear to every scene it’s utilized. When it comes to  The Invisible Man’s major setpieces, Whannell has a blast employing creative techniques, including a shootout scene that displays swift camera movements in a claustrophobic space.

Aside from a few drawn-out scenes and some lapses in storyline logic, The Invisible Man shines as a horror crowdpleaser with assured craftsmanship and intellect. The future is bright for Universal’s standalone monster universe, as well as the careers of Moss, Hodge, and Whannell (we’re still pulling for an Upgrade 2).

Continue Reading
You may also like...
Related Topics:Leigh Whannell, The Invisible Man

‘Hunters’ Review: The Nazis Are Dying… And So Is The Show
‘The Way Back’ Review: Ben Affleck Delivers Slam Dunk Performance
Advertisement
Advertisement
To Top