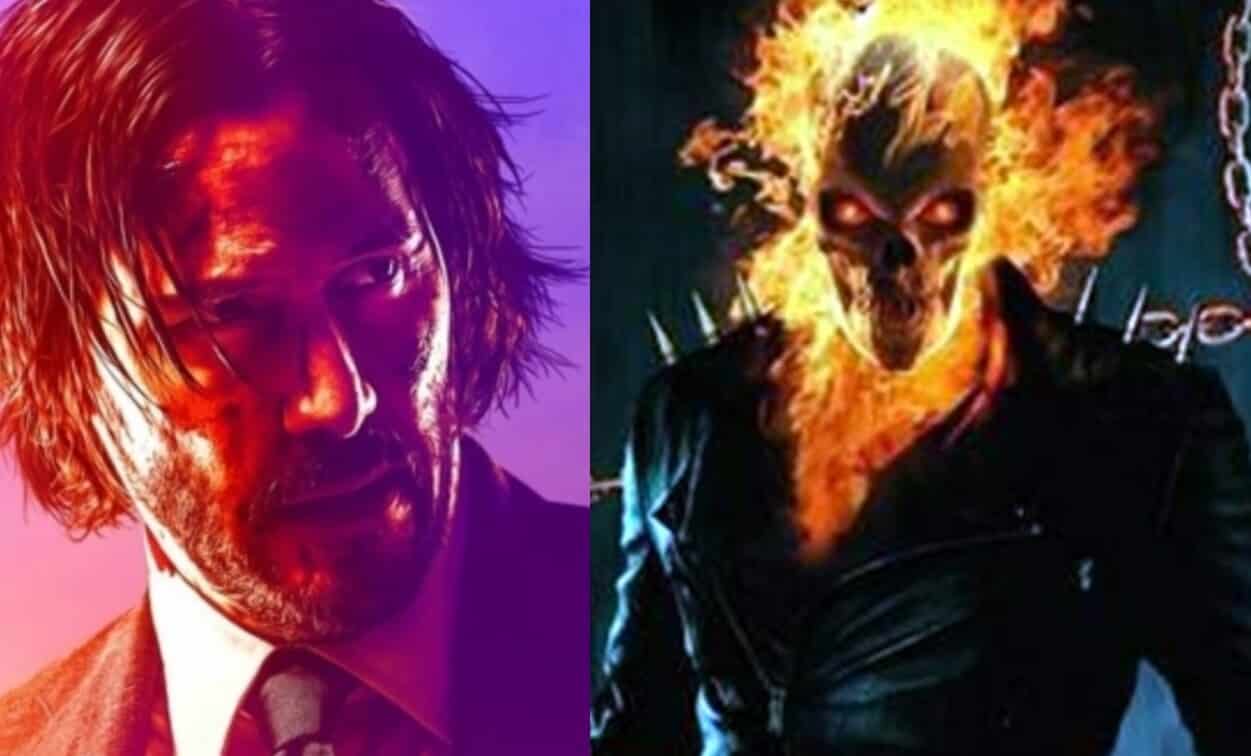 Keanu Reeves is a national treasure. The actor has numerous roles in multiple genres that have been amazing, and he has not only once, but twice, completely redefined the action movie genre (once with The Matrix and again with John Wick). He’s even dabbled in the comic book movie world with Constantine, which, while critically panned upon its release, has grown quite a cult following and a demand for a sequel. But, what fans really want is to see Reeves in the Marvel Cinematic Universe. Kevin Feige has stated that they’ve been speaking with the star for years, trying to find the right fit. Reeves himself has even said he’d love to play a certain feral mutant. But, the latest rumors have him donning a flaming motorcycle, and one fan has taken up the task of what he may look like as the Spirit of Vengeance.

Let’s hop onto the Rumor mill… ‘Keanu Reeves is being eyed for the role of Ghost rider in the future reboot of the franchise in the MCU.’ Quick note- Idgaf what role he plays in the MCU, because whichever role that is, he will give one hell of a performance. #ghostrider #keanureeves #johnwick #matrix #marvel #marvelcomics #marvelcinematicuniverse #mcu #avengers #guardiansofthegalaxy #ironman #spiderman #thor #captainamerica #captainmarvel #avengersendgame #comicbooks #comics #disney #digitalart #digitalpainting #art #artistsoninstagram #photoshop

Ultraraw26 on Instagram posted a fan pic of Reeves as the Johnny Blaze version of Ghost Rider. The artwork shows the Rider nearing the end of his transformation, with half of his face human, and the other the burning skull. Also, the artist had a great idea in the motorcycle he chose, picking one similar to the style of motorcycle that Reeves is part owner of, rather than a classic Harley style. Keanu would make an excellent Ghost Rider, and this pic gives a perfect idea of how he could look as well.

Regardless of what role Reeves eventually gets, fans just want to see him in the MCU. We nearly had him in Captain Marvel, as he was originally meant to play Yon Rogg (which ultimately went to Jude Law), but scheduling conflicts kept him from playing the role. And, with Reeves busy with not only the 4th John Wick film, but returning to The Matrix for a fourth installment, it may be a few years before Keanu makes it into the MCU (not to mention that Hollywood, and the world, is currently at a stand still thanks to this awful pandemic). But, all fans care about is that it happens. Fingers crossed, we get to see him in some capacity.

Would you like to see Keanu Reeves as Ghost Rider? Let us know in the comments below!