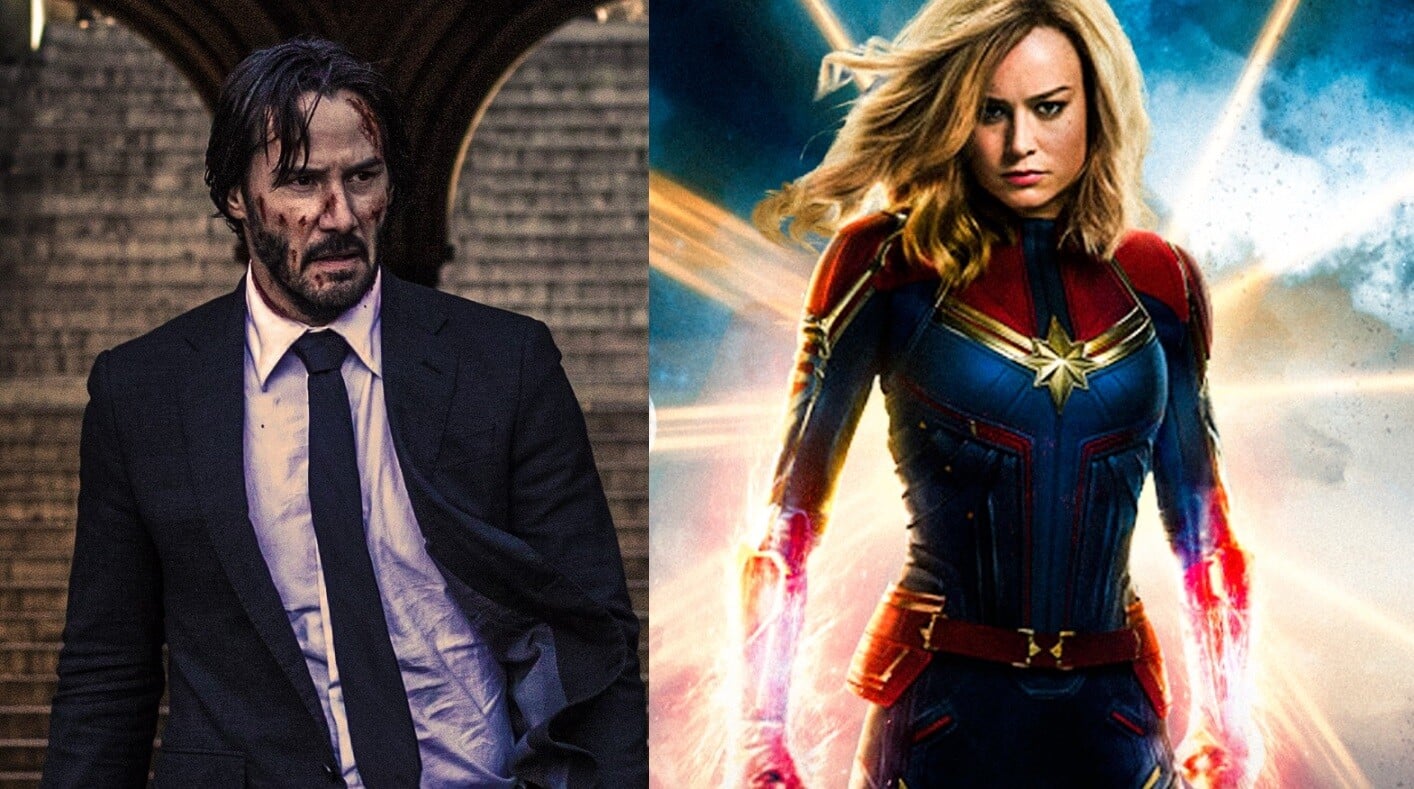 Keanu Reeves is one of those people who just doesn’t seem real. He’s a Hollywood mega star, having reinvented the action genre TWICE, yet he is the most humble, down to earth, courteous, and kind person one could ever meet (he may also be immortal, but that’s a discussion for another time). One thing that he hasn’t done yet, though, is star in a Marvel movie.

But, according to a new update, we were extremely close to having him suit up for the Marvel Cinematic Universe. And, this may also mean that the door is wide open for another role, in time.

If not for John Wick 3, he’d have been Yon-Rogg. He was set to take the role and then, when he had to drop out, they moved SUPER QUICK on Jude Law. https://t.co/n73WZML7li

Thanks to a tweet from Charles Murphy of The Hashtag Show, we now know that Reeves was up for, and set to play, the role of Yonn-Rogg (or Mar-Vell, depending on who you ask), but scheduling conflicts with John Wick 3 forced him to drop out. Jude Law was their second choice, who they locked down quickly. Although we won’t see Reeves in Captain Marvel, this scheduling conflict is by no means a bridge burning moment.

Top that with Keanu’s recent comments, exclusively to ScreenGeek, about wanting to play Wolverine, and it feels like it’s only a matter of time before we see Reeves suit up in some kind of role in the MCU. With so many new projects coming up, and the requisition of the properties currently owned by Fox back to Disney/Marvel, there are countless heroes and villains that Reeves could play in the MCU.

Regardless of who he ultimately plays, Keanu Reeves will definitely be a welcomed addition to the MCU. So long as we get Bill & Ted 3 first…

Who do you think Reeves should play? Let us know in the comments below!