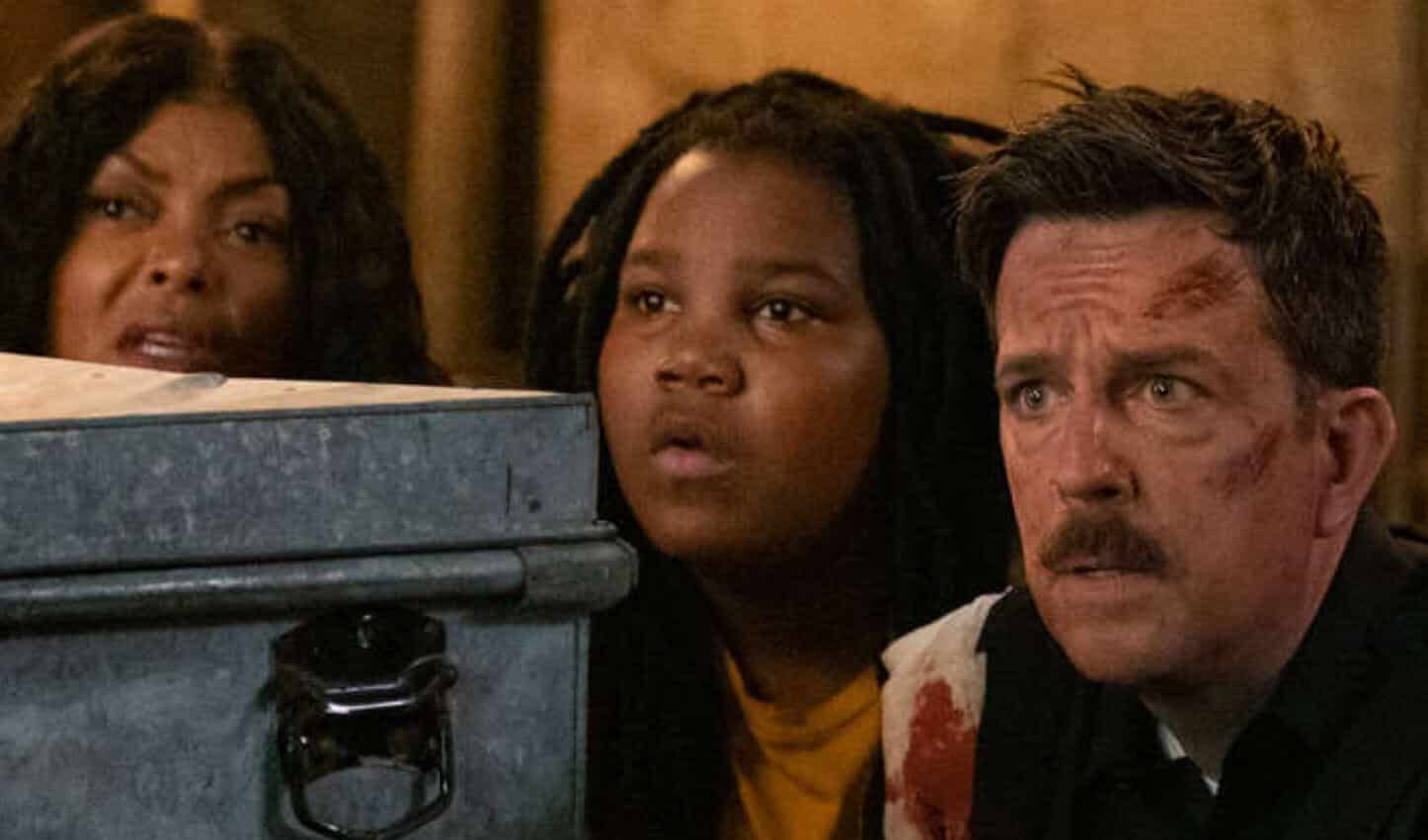 While Netflix has established itself as a major awards player with titles like A Marriage Story, The Irishman, and Roma, their library of original movies can be a roller coaster ride. For every inspired effort like The Platform, there’s a title like Spencer Confidential that seemingly goes through the motions despite its potential. Considering the current dearth of content, Netflix’s new action/comedy Coffee & Kareem seemingly couldn’t be released at a better time. That is until audiences actually watch the final product, which is a shocking misfire that crashes with its oft-putting mean-streak.

Selling itself as a throwback to buddy cop films of yesteryear, Coffee & Kareem follows police officer James Coffee (Ed Helms), a nebbish man whose scared to commit to his girlfriend Vanessa (Taraji P. Henson) due to her foul-mouthed son Kareem (Terrence Little Gardenhigh). When Kareem tries to scare James away, the two stumble into a crime scene and find themselves bonding while on the run from danger.

On paper, Coffee & Kareem has the bones of an amusing throwback to buddy cop efforts like Lethal Weapon. Despite the talents of its lead cast (particularly Henson, who makes the most out of even the worst roles), the final product is just as dated as its lame-pun title would lead audiences to believe.

It hurts saying that considering the involvement of director Michael Dowse, who’s enjoyed a prosperous career with indie efforts like Goon and What If. While Dowse proved with last year’s Stuber that he can make an easy-going throwback, his effort here fails to connect, pushing the nostalgia angle to the point of over-kill. Instead of capturing the tonality or comradery of the great buddy cop films, much of Coffee & Kareem spends its run time wearing the pastiche of the genre with obvious references that fail to land. Even the action, which had some stylistic verve in Stuber with its slow-mo approach, is lifeless and lacks any creative foundation.

This would be forgiven if the film could draw laughs from the audience, but Shane Mack’s debut screenplay is dated in all the worst ways. Instead of utilizing its oft-kilter premise in humorous ways, Mack mostly uses Kareem’s vulgarity streak as a means of making tasteless homophobic/pedophilic jokes at the expense of Coffee’s efforts to be a paternal figure. Without approaching these comments with any sort of brains or dissection, the film turns into a one-joke onslaught that borders on insulting its viewers.

Even the titular friendship at the center of Coffee & Kareem falls woefully flat, with the narrative never interjecting much humanity into the proceedings. Ed Helms is stuck in the same earnest good guy role that he’s played to death before, while relative newcomer Terrence Little Gardenhigh can’t overcome the nastiness of Kareem’s personality on the page. There’s never a moment of empathy that explains why Kareem is who he is, straddling the promising actor with a genuinely unlikeable role.