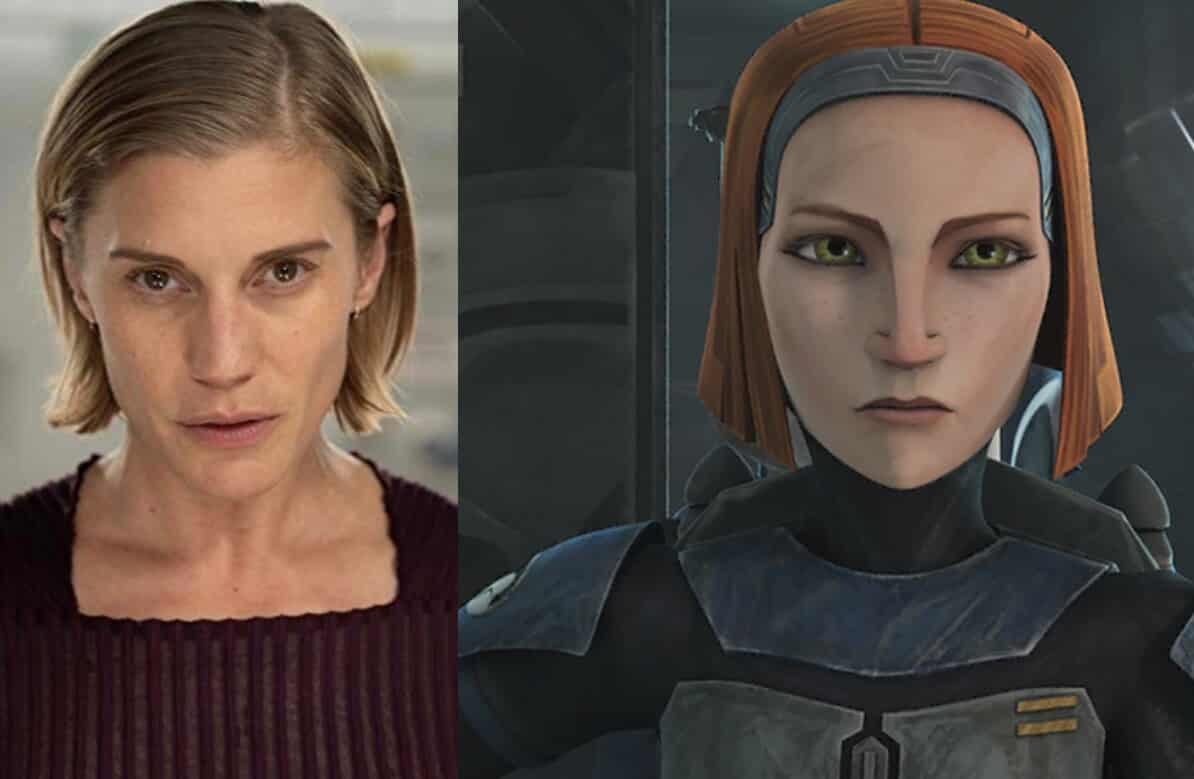 While Rise of Skywalker may have disappointed many Star Wars fans, The Mandalorian was a much-needed breath of fresh air for the brand. Instead of fixating on tieing in with its cinematic counterpart, showrunner Jon Favreau crafted an entertaining, Saturday morning adventure series that freely played in the sandbox of Star Wars lore. It also showed the limitless possibilities Disney has in creating Star Wars properties on the small screen, already looking to expand on The Mandalorian’s success with  Obi-Wan, Cassian Andor, and the second season of Mandalorian.

This new season has already added fan-favorite Ahsoka Tano to the mix (Rosario Dawson will be playing the Star Wars: The Clone Wars character), but it looks like another Clone Wars alum will be joining the mix. According to Slash Film, actress Katee Sackhoff will be reprising the role of Bo-Katan in The Mandalorian Season Two, with the actress having filmed her role for the project back in February before the Coronavirus hit.

Bo-Katan played a crucial role in both the Star Wars: The Clone Wars and Star Wars: Rebels animated series, but in case you haven’t watched either series, here’s a breakdown of her background:

“The character was a Mandalorian warrior – a lieutenant in the radical splinter group Death Watch, second-in-command to the group’s leader, Pre Vizsla. When Maul took possession of the Darksaber, executed Vizla, and took the throne of Mandalore, Bo-Katan refused to accept the outsider as her new leader. She was instrumental in recruiting the Jedi and the Republic to lay siege to Mandalore and oust Maul. Later in Star Wars Rebels, Sabine Wren chose to pass the infamous weapon to Bo-Katan, believing that she could unite the Mandalorian clans.”

I love that Disney is weaving the separate pieces of Star Wars lore into one cohesive package, with Season 2 likely to further the universe by connecting the dots. With filming already completed, it’s exciting that the series will be one of the few properties fans can count on seeing in 2020.

Are you excited about The Mandalorian Season 2? Let us know in the comments!

Original ‘Ghoulies’ Producer And Director Have A Pitch For A Reboot
Was The Actor Behind Taskmaster In ‘Black Widow’ Just Confirmed?
Advertisement
Advertisement
To Top