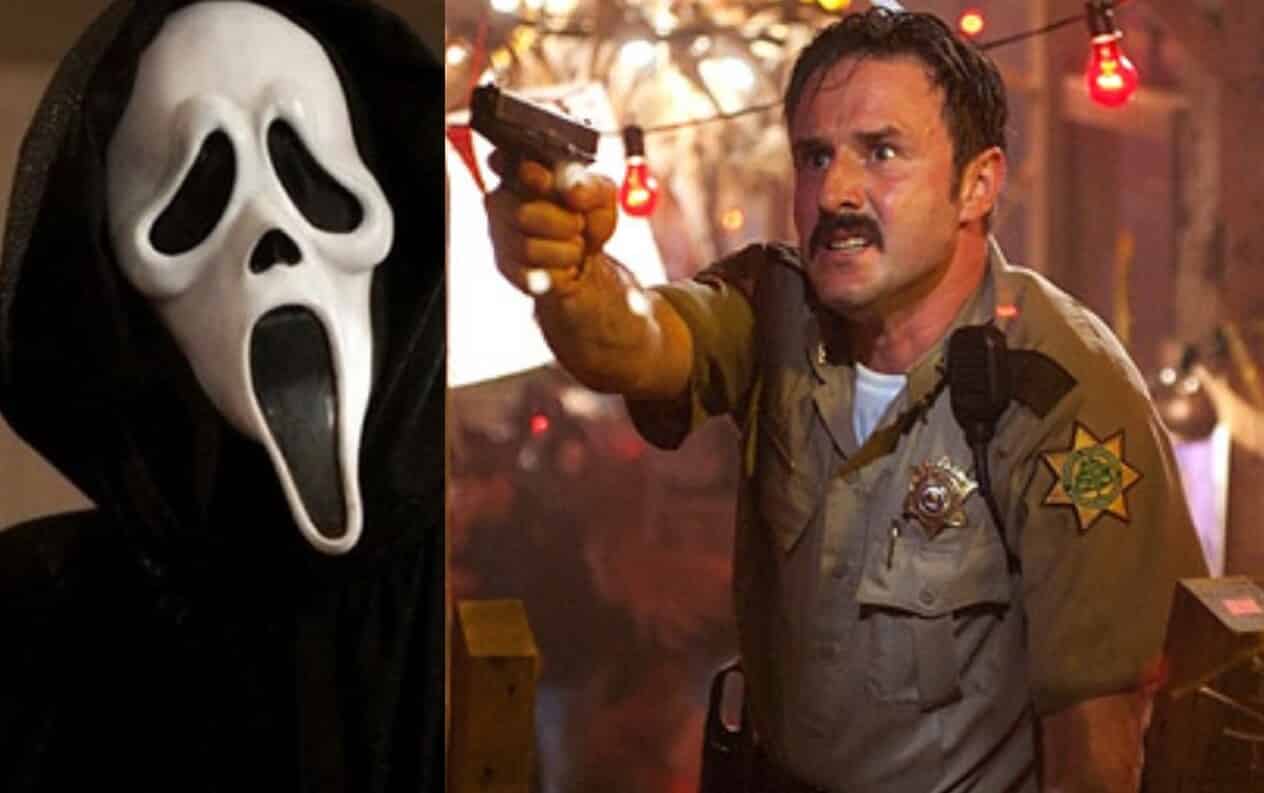 When a new Scream movie was announced, many weren’t sure if the cast of the previous movies would be involved. With the way that franchises have been ignoring certain films, though, it would have made sense – considering the recent Halloween movie was a direct sequel to the first film in 1978 and ignored the other 300 sequels that followed completely (other franchises that have done this include Terminator and Candyman). With a franchise as successful as Scream was in the 90’s – you knew something new was coming. And it looks like Scream 5 (if they even call it that) is a go – and bringing back some familiar faces as well!

It was reported last week that Neve Campbell is in talks to return as Sidney for the upcoming Scream movie, and now, thanks to Spyglass Media, we know that David Arquette is officially returning as Sheriff Dewey Riley!

“I am thrilled to be playing Dewey again and to reunite with my Scream family, old and new,” Arquette said in a statement. “Scream has been such a big part of my life, and for both the fans and myself, I look forward to honoring Wes Craven’s legacy.”

Something else that will have fans even more excited:

Though Arquette is the first member of the film’s ensemble to be officially announced, conversations are underway with other legacy cast.

The movie will be directed by Ready or Not directors Matt Bettinelli-Olpin and Tyler Gillett – whom Kevin Williamson, writer of the 1996 Scream movie, had great things to say about:

“I’m excited to reteam with David and work with Jamie, Guy and Radio Silence on the next ‘Scream,’. Their take on the movie is both original, inventive and honors Wes’ legacy in a wonderful way.  ‘Ready or Not’  was my favorite horror film of last year and I can’t wait to see what their amazing talents bring to the ‘Scream’ universe. I’m thrilled to be a part of it.”

Matthew Lillard recently expressed interest in returning to the franchise, saying he was available to reprise his role of Stu Macher – if it was possible – and it might be, if Hollywood takes on the recent trend of sequels ignoring other films or “soft reboots”. Whatever happens, we’re sure it’s something that fans will end up enjoying, and we’ll be sure to keep you posted on all of the details on the upcoming Scream movie as they come in.

Only One Actor Has Been Killed By A Xenomorph, Terminator, And Predator
DC Executives Reportedly Had Private Screening Of Snyder Cut Of ‘Justice League’
Advertisement
Advertisement
To Top