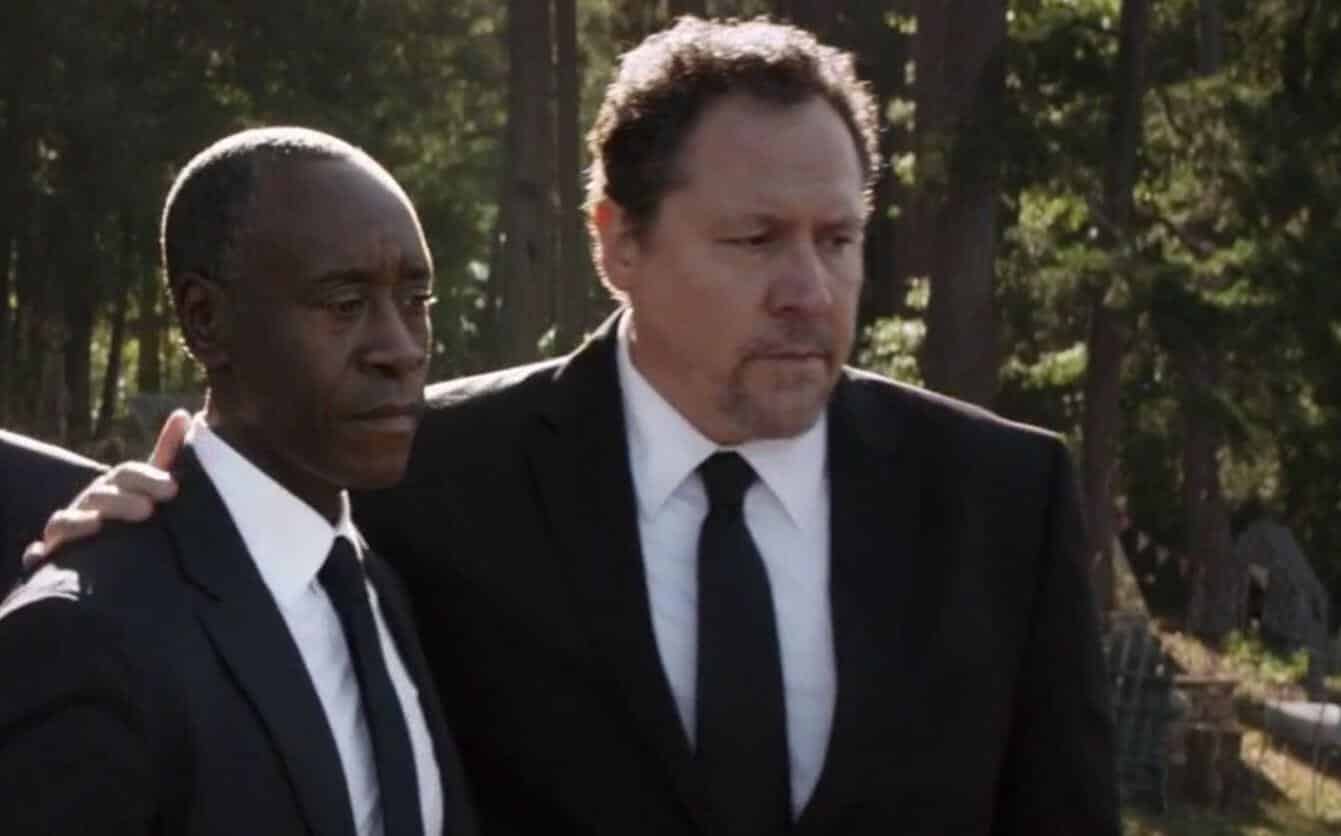 After 12 years and 23 films, it’s safe to say that the Marvel Cinematic Universe has had some incredible interactions, I mean who would have thought we would one day have had Chris Evans’ Captain America saying ‘I am Steve Rogers’ to Vin Diesel’s Groot – or even Benedict Cumberbatch’s Doctor Strange having a verbal throw-down with Tom Hiddleston’s Loki. However, for every MCU interaction we do see, there seems to be one that feels like a missed opportunity.

This was a recent discussion on a Reddit thread after user RoninRonanAgamotto brought it to the community’s attention that despite Happy Hogan and James Rhodes being two of Tony Stark’s closest friends, the pair never interacted until Avengers: Endgame at *Spoiler Alert* Tony Stark’s Funeral.

Despite being in the MCU from the start and being Tony’s Best Friends, This is the First Major On-Screen Interaction between these 2 Characters/Actors in the MCU… from marvelstudios

Despite the pair having a combined nine films under their belt, the only ones where they both appear are the Iron Man Trilogy and the aforementioned Avengers: Endgame. Part of the reasoning behind this could be that Jon Favreau, who spent much of his time in the first two films, behind the lens as director whilst he spent most of Iron Man 3 confined to a hospital bed after being caught in one of The Mandarin’s terrorist attacks. However, it could just be that those scenes simply ended up on the cutting room floor. Still, it would have been nice to see more interaction between the pair.

However, this brought about a few other examples of characters who had no (or limited) amount of interactions with other characters. Jakob535 raised the interesting point that despite the fact that they appeared on the same side in Captain America: Civil War, Tony Stark and T’Challa never actually said a word to one another. Given the pair’s history in the comics as both members of the Avengers and the Illuminati, this definitely feels like a missed opportunity.

Also using Stark as an example Mnemosense, comments on the lack of interactions between him and Wanda Maximoff  AKA Scarlet Witch – with the pair only really speaking twice and drawing attention to the fact that he almost completely ignores her while meeting the remnants of Steve’s team at the Raft in Captain America: Civil War. While it was never addressed in the film, the users speculate that this maybe down to longstanding resentments from the past with Stark being responsible for the death of Ma and Pa Maximoff – and Wanda being responsible for Stark’s actions during the events of Avengers: Age of Ultron.

Given that the Universe now boasts a cast of almost a hundred characters, it would be impossible to have every interaction that fans would like to see. Personally I’m still holding out for the Ant-Man and Doctor Strange team up film! Although with recent rumors pointing to Avengers 5 being an adaptation of another famous crossover, I may not be waiting long!

What do you think? What is your favorite MCU interaction? Who would you like to see interact? Let us know below!