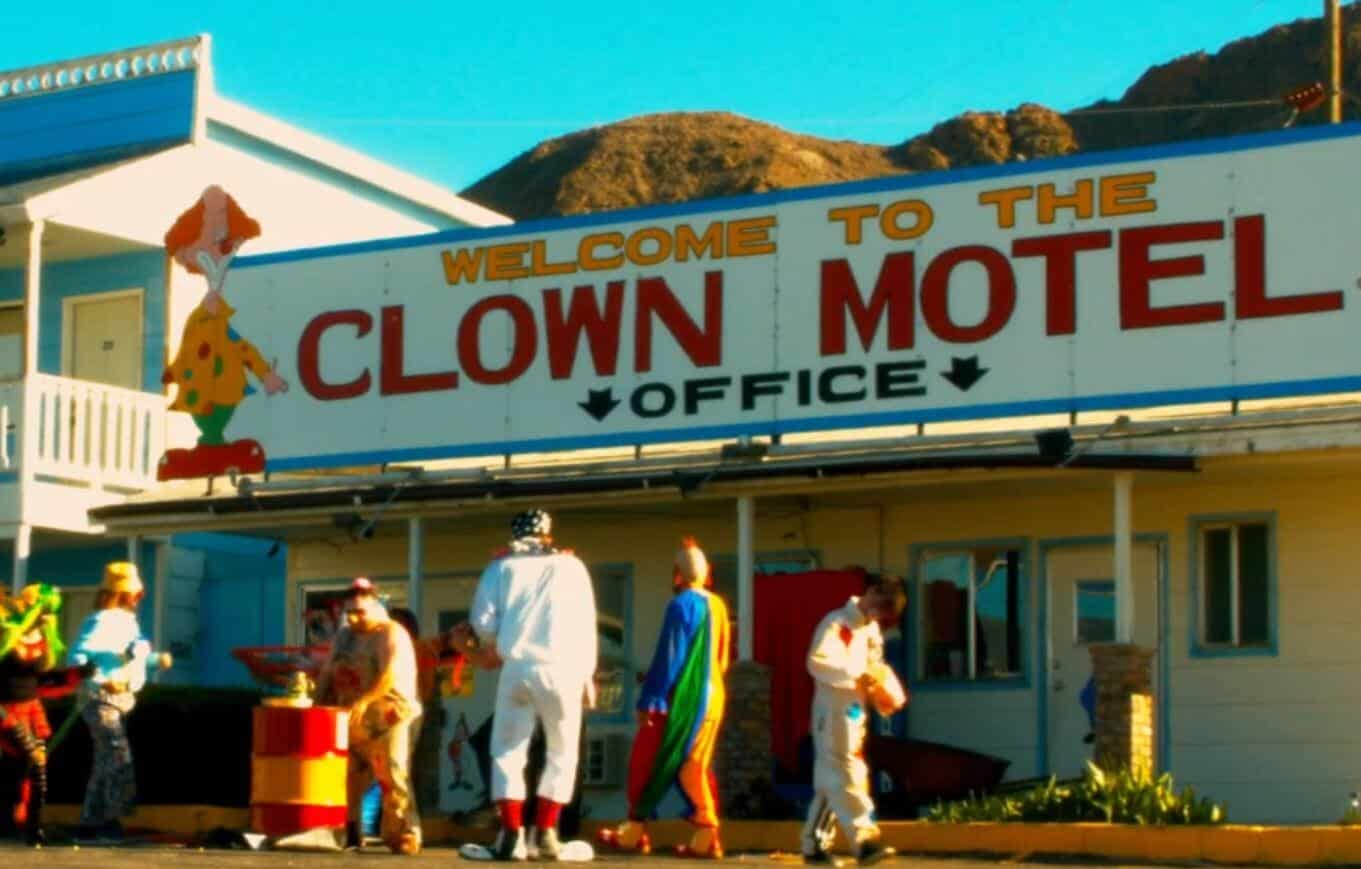 The motel’s owner, Hame Anand, who likes to be referred to as the CEO of the Clown Motel, recently spoke with Thrillist about his journey into acquiring the one of a kind location. Before Anand came along, the haunted Clown Motel was owned by Bob Perchetti. He’d ran the motel, which happens to reside next to a graveyard, for about two decades before deciding to retire and sell the location for $900,000.

Hame Anand was immediately attracted to the sale listing. He has been a clown collector ever since he was 14 years old. His obsession started following a visit to the circus while living in India. Anand was terrified by the unusual sights until he saw a clown that brought everyone to laughter. Thus began the collection.

As an adult, his family operated two running motels in Vegas, both of which he helped via marketing. As such, it seemed everything was falling into place for Anand to eventually purchase the motel with help from his brother.

“All my life I worked in advertising,” says Anand. “So I know that even if you had $10 million you’re not going to get that kind of publicity. I told my brother, ‘see, this motel is very popular and the graveyard — that’s the catch.’”

Of course, he was a little scared at first.

“I was scared a little bit,” he says. “I couldn’t sleep in my room. But one day I thought, ‘why did I come here? There must be some divine power. They want me here to run this motel. So probably, they are not going to mess with me.’”

Nevertheless, Anand took it all as a positive sign.

“This was how I knew that they were telling me, ‘we are here, but don’t worry about that,’” he explained.

Aside from ghost sightings being reported in nearly all of the rooms, Anand has also had specialized horror-themed rooms designed for the motel. This includes rooms inspired by movies like The Exorcist, Halloween, Friday the 13th, and Stephen King’s IT. He also intends to have rooms built to overlook the nearby graveyard.

The Clown Motel has started quite the discussion on Twitter:

The Clown Motel in Tonopah Nevada, located next to the Old Tonopah Cemetery. pic.twitter.com/gQzPNmmahl

There is an isolated clown motel in Nevada next to a graveyard and I feel we have to talk about this. pic.twitter.com/VXFfodOKHf

I’m still absolutely fucked up over the Clown Motel and it’s approach to the English language pic.twitter.com/q5xFdELtun

What if we kissed 😳 at the combination clown motel/pioneer graveyard 🤡👻 pic.twitter.com/3dqNTbpqQY

.@RevArielle Did you know you’re ~200 miles from a WORLD FAMOUS Clown Motel? pic.twitter.com/biCf5Z1BXn

I stayed the night at The Clown Motel in 2015. To be honest, I never felt like it was haunted or creepy. I really enjoyed our weekend in the mining town of Tonopah. But, the Mizpah Hotel in Tonopah is crazy haunted! 👻 pic.twitter.com/vgtjELSEGg

Who would stay at the Clown Motel? 🙋‍♂️ pic.twitter.com/uS3ixBacpB

Of course, while some would be quick to associate clowns with creepiness – Anand doesn’t actually feel that way.

“In my eyes, I don’t see why people say ‘creepy,” says Anand. “My grandmother used to say, ‘whenever you’re down, look at the clown.’ I grew up with this line. That’s how I felt collecting the clowns. The clown is the laughing character. It makes you laugh.”

For him, clowns are a positive addition to the world. And that’s why he wanted to support the Clown Motel – it’s a place where he can keep his growing clown collection available for all to see and enjoy.

There have been plenty of videos that actually go inside of the Clown Hotel, some of which you can check out below: