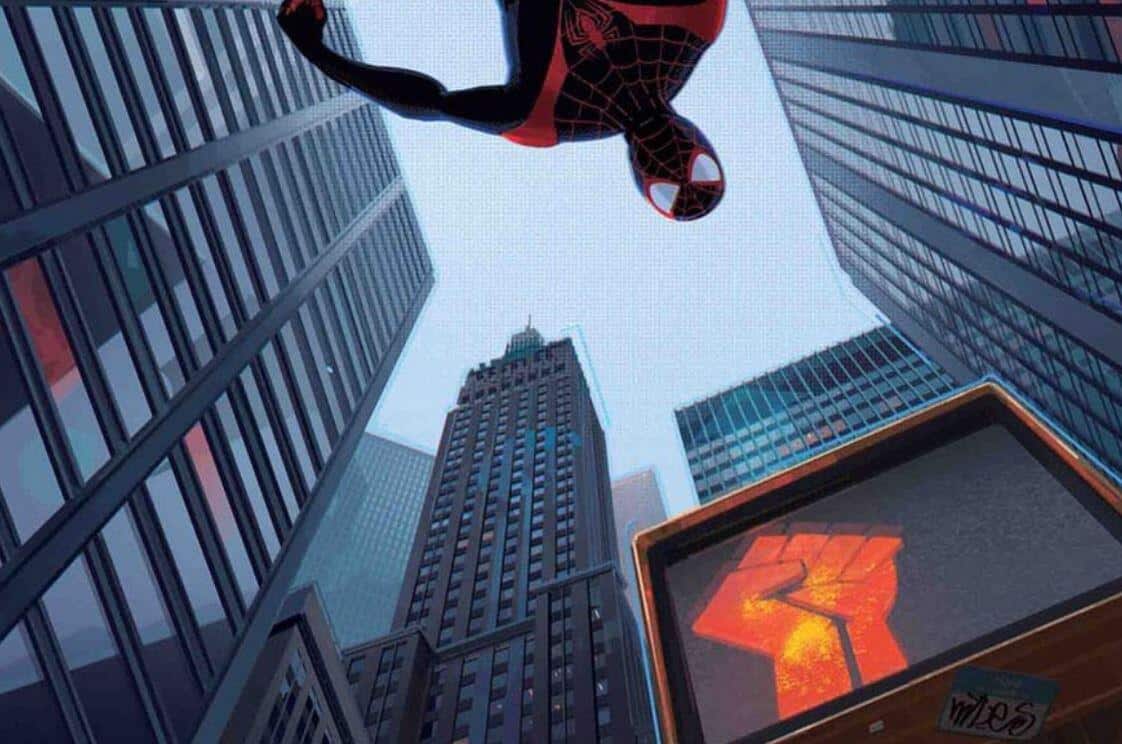 It goes without saying that Marvel has played a big role in emphasizing the importance of diversity, especially with the creation of their character Miles Morales – an Afro-Latino interpretation of Spider-Man that tends to be just as popular and common these days as the original Peter Parker incarnation. However, Marvel Comics is now being targeted over a 2019 Miles Morales: Spider-Man comic book after they seemingly erased a Black Lives Matter logo from the cover.

As stated, Miles Morales has become a symbol for diversity and empowerment with minorities. It makes perfect sense to associate the character with Black Lives Matter, a movement that likewise emphasizes diversity and empowerment for black minorities. Thus, it was actually a pretty clever cover. The image shows Miles Morales as he’s swinging through the city. As you can see below Miles Morales, in the original cover as shared by artist Patrick O’Keefe at least, the street light displays the logo for Black Lives Matter.

However, once the official Miles Morales comic was released several months later on August 14, 2019, the Black Lives Matter logo was inexplicably removed from the image. Readers are now catching onto the difference, and they’ve been trying to determine why Marvel would have such a logo removed.

Why did marvel edit out the blm fist from the textless for this cover? pic.twitter.com/ZxmHAGqPja

i have a feeling their reason is that they don’t want comic books to be “political” 🙄 pathetic move.

Artist Patrick O’Keefe hasn’t yet released a statement on the matter. However, according to Screen Rant, a source at Marvel was able to inform them “that the publisher regularly avoids using third party logos in their books to avoid copyright concerns.”

Whatever the case may be with Miles Morales: Spider-Man #9, Marvel now promotes their support for Black Lives Matter – so maybe they plan on making up for it at some point. Either way, it’ll be interesting to hear their official thoughts on the matter – not to mention whether or not artist Patrick O’Keefe will release a comment on the Black Lives Matter logo being removed as well.

Audiences will be able to catch up with Miles Morales on the big screen when Spider-Man: Into the Spider-Verse 2 hits theaters in 2022.

‘The Amityville Harvest’ First Trailer Is Here – And It’ll Give You Nightmares
One Actor Has Played Michael Myers, Jason Voorhees & Leatherface
Advertisement
Advertisement
To Top