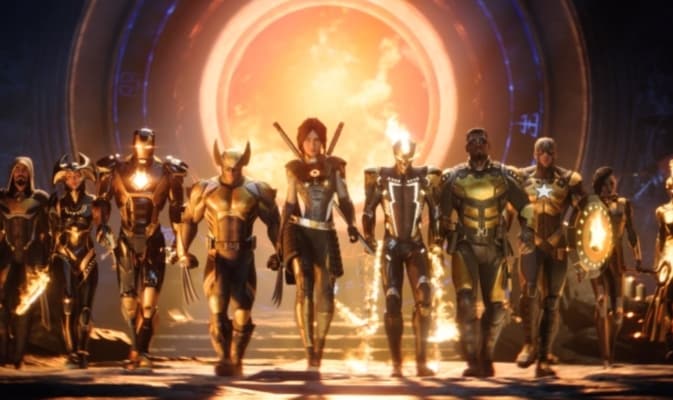 While Marvel is often remembered for being especially bright and humorous, the comic book label also has quite a few characters in its roster that are quite dark and edgy. With characters like Blade, Ghost Rider, and at times even Doctor Strange to name a few – these individuals often make up a group known as the Midnight Sons in comic book lore. Now it looks like the group is being reimagined for an upcoming video game RPG called Marvel’s Midnight Suns – and the first trailer is here.

While it doesn’t reveal any gameplay, which is set to be unveiled next month, it does reveal a great number of exciting characters that will be part of the game’s story. It also sets the tone that the game will have, and it’s certainly what a fan would expect for a video game inspired by the Midnight Sons. Indeed, Marvel’s Midnight Suns looks like an exciting addition for these beloved characters and the world they inhabit. As for the player, they will join forces with these characters as their very own player-created dark hero. This sounds especially promising.

See the trailer for yourself down below:

In the new game Marvel’s Midnight Suns developed by Firaxis…

“When Hell awakens, only they can stop it. Rise up and join a darker order of heroes to defeat Lilith before the Darkhold is complete in this tactical RPG set in the darker side of the Marvel Universe.”

Audiences can expect the game to be released early next year, in March 2022. As such, we’ll be getting to see much more of the game leading up to that date – including our first look at gameplay on September 1. It’ll definitely be a great way to start off next month and hopefully many more looks at the game will arrive up until the game’s March release.