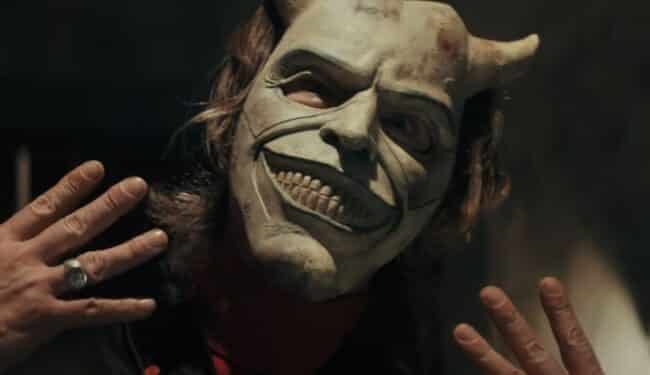 Scott Derrickson has quite the history with horror filmmaking. He actually first directed Hellraiser: Inferno, the first of the straight-to-video Hellraiser sequels. He eventually had much more mainstream success with hits like The Exorcism of Emily Rose and Sinister. Now he’ll be pairing once again with his fellow Sinister collaborator, C. Robert Cargill, to unleash a new horror film titled The Black Phone. This time the movie stars Ethan Hawke as the terrifying killer known as Grabber. And you can see Ethan Hawke as Grabber in the newly released trailer for The Black Phone down below!

It’s an eerie compilation of footage, and it’s definite proof that Scott Derrickson still has quite the knack for horror following his experience with Doctor Strange. And considering Joe Hill wrote the original story that became the basis for this film, it’ll be exciting to see what so many great talents combined together have come up with.

As for the plot of the new film…

“Finney Shaw, a shy but clever 13-year-old boy, is abducted by a sadistic killer and trapped in a soundproof basement where screaming is of little use. When a disconnected phone on the wall begins to ring, Finney discovers that he can hear the voices of the killer’s previous victims. And they are dead set on making sure that what happened to them doesn’t happen to Finney.”

Audiences will be able to see The Black Phone in theaters early next year on February 4, 2022.