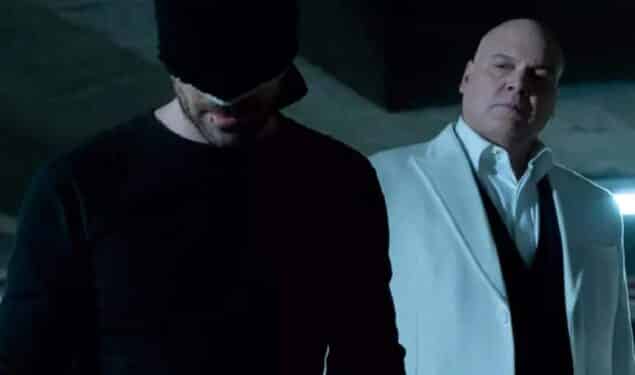 Fans of the Netflix series Daredevil were excited when Marvel Studios President Kevin Feige announced that Charlie Cox would be the only actor to play Daredevil in the MCU. It definitely felt like a good sign after fans were devastated with the cancellation of the Netflix show. And it turns out that fans aren’t the only ones excited, either. Now actor Vincent D’Onofrio who starred in Daredevil alongside Charlie Cox has congratulated the actor on his inevitable return.

Here’s what Vincent D’Onofrio said in his congratulatory statement:

“So happy for Charlie Cox he really deserves this. He’s a great actor and a wonderful guy. He put so much into playing DareDevil in such a unique way. Love this news. #NoFearNoGreedNoEnvy”

So happy for Charlie Cox he really deserves this.
He's a great actor and a wonderful guy. He put so much into playing DareDevil in such a unique way. Love this news. #NoFearNoGreedNoEnvy https://t.co/rPxyAKH47a

We now know that Charlie Cox will be returning to the Marvel Cinematic Universe as Daredevil at some point. When that’ll be, or how, remains to be seen. But it’s definitely good news for fans of the character. As for Vincent D’Onofrio’s Kingpin, things are a little less clear. The character has yet to be confirmed to return at any point, much less with Vincent D’Onofrio in the role. But he’s certainly been just as popular with fans as Charlie Cox, so it’d be shocking if he didn’t return as well. And it’s possible we could be seeing him sooner rather than later.

Fans have strongly believed that Vincent D’Onofrio will be arriving as Kingpin within the MCU via Hawkeye. With only a few episodes of the Disney Plus series remaining, we might just get our answer about Vincent D’Onofrio’s potential return.