Some Fans Complain ‘Jurassic World: Dominion’ Is Too “Woke” 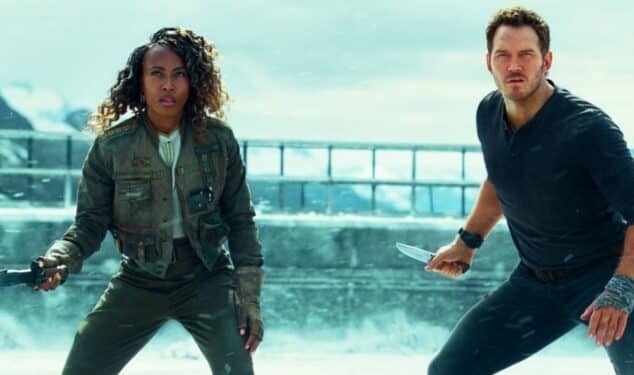 The Jurassic Park franchise has been a pop culture mainstay since the first film was released in 1993. And it might be hard to believe – but it’s already been nearly 30 years since that film was released. As we all know, a lot has changed since then, and so too has the Jurassic Park franchise. With the new Jurassic World moniker, Universal has been trying to adapt and modernize the franchise for a new generation. The first film in these efforts, Jurassic World, was quite a success. Its follow-up, Jurassic World: Fallen Kingdom, was less successful. Now it appears some fans are calling the latest franchise entry, Jurassic World: Dominion, too “woke” to be any good.

Of course, these complaints have become rather common in recent years. Many toxic fans have targeted major film franchises like Star Wars for being too woke. It’s become such a problem that even the newest Scream film utilized elements of toxic fandom as its killers’ motivations. And it’s clear that these fans are showing no signs of stopping – especially on social media. The complaints that Jurassic World: Dominion are too woke continue to pile up on Twitter.

Here’s what people are saying online about Jurassic World: Dominion being too woke:

“Jurassic World: Dominion”(2022). I was happy when it was over. Nothing happens in this movie that matters. Token bad guy, black characters belittling the main cast because “get woke, go broke”, environmentalist propaganda & a bunch of bloat. This movie =👎 #JurassicWorldDominion

Never make a movie about Dinos political. Stop being woke. Wasn’t about dinosaurs at all but genetics and global warming/food issues

Let me sum it up for you. Every part of Jurassic world 3 is woke

The worst thing about Jurassic World: Dominion is not the implausibility of some dialogues and scenes, nor the plot, whose argument is consistent but very poorly applied.
The worst is undoubtedly the woke ideology shoehorned in

Jurassic World was SJW Woke religious orthodoxy trash. I lost count of how many times I yawned or how many people I saw walk out of earlier showing as well as my own.

Here’s your warning Jurassic World was a SJW dumpster fire. Whomever wrote and directed this really wanted to shove as many diversity sjw woke ideological religious beliefs into that snore fest. I saw people exiting earlier showings mid film and also in my own showing.

@JurassicWorld the woke-ness in Dominion wasn’t good. I don’t want that in my Jurassic Park! Ruined the feel. The villain is big tech company owner? Really?? 🥲🤣

Jurassic World Dominion is the movie to end all woke movies

When I said this movie was going to be bad I had no idea I was a prophet. From the forced nostalgia trips, to the #woke-influenced dialogue, to the inconsistent theme, to the whiplash of locales and new #dinosaurs. Other than that, #JeffGoldblum was great. #JurassicWorld #smh

Of course, not everyone agrees. Some fans believe that the film isn’t woke at all. In fact, there are quite a few fans that have enjoyed the newest Jurassic World film through and through.

Nothing about the movie was “woke”

But tell us more about how you’re a bad person without saying it.

While that’s certainly a great thing to hear, it’s all too sad that some toxic fans have to try and ruin the fun for the rest of us.

Colin Trevorrow directed the film from a screenplay he penned alongside Emily Carmichael and Derek Connolly.