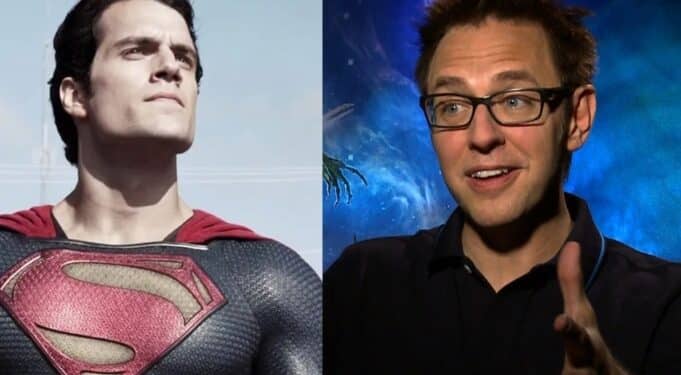 DC fans were given some pretty heartbreaking news yesterday – as it was revealed that Henry Cavill will no longer be playing Superman in the DCU. It’s particularly upsetting because back in October, Cavill appeared in a post-credits scene for Black Adam and following that, the actor revealed on Instagram that he would officially be returning in the role. Well, soon after, it was revealed that James Gunn and Peter Safran would be leading DC Studios – meaning that everything as fans currently knew it would be up in the air.

A major report dropped soon after that stated Man of Steel 2 was no longer a sure thing and that it was uncertain if Henry Cavill would be returning to the role of Superman. Those fears were realized last night when James Gunn confirmed that they would be going in a new direction with a younger version of the iconic hero.

As you might expect, the reaction to that news was fairly negative, and now, a new petition seeks to go even further – suggesting that David Zaslav remove James Gunn completely – and bring back Henry Cavill.

The petition from Change.org reads:

They say the age of the movie star is dead. Tom Cruise proved that to be false with Top Gun: Maverick. Movie stars can possess star power. You now have a Gunn of your own, but yours is shooting you in the foot, & the bottom line.

Mr. Cavill is Superman and can generate an actual net increase to your brand worth $1B+ if you allow him to. James Gunn cannot. What we wish to see of Superman is the same we wish to see of Batman; him in his prime, not Smallville 2.0 for more modern audiences.

Superman is a beacon of truth, justice, & hope. Hope like that which, under your company’s direction & thereby yours, was ignited in the DC fanbase when you had Mr. Cavill announce his return just two short months ago.

Treating your talent & (now previously)paying customers this way is almost as bad as disrespecting canon.

The solution is quite simple: a connected, stand alone trilogy deal with Mr. Cavill as Kent/Superman. I can point you to dozens of lore knowledge rich individuals who would shatter, not subvert, your expectations in the writing room, & if you’re looking for a director who will absolutely deliver for EVERYONE, I recommend one Mr. Steve Barron, director of the 1990 TMNT film which still delivers to this day & assisted the late, great Richard Donner on the set of 1978 Superman.

I don’t know what the beef or blacklist in Hollywood looks like, & frankly you shouldn’t care. Find the best people for the job & deliver a production that is exceptional & worth paying movie ticket prices for, for your customers so it can in turn be profitable for you.

We WILL vote with our wallets.

It remains to be seen whether or not anything will come of this petition – but we have seen stranger things, before – I’m looking at you, Snyder Cut. It’s unlikely, in this case, though, as WB trusts James Gunn and Peter Safran to lead DC into a different direction with DC Studios and the DCU.

As for everything movie related, we’ll just have to wait and see how this saga unfolds. Be sure to stay tuned to ScreenGeek for additional DC updates as we have them.