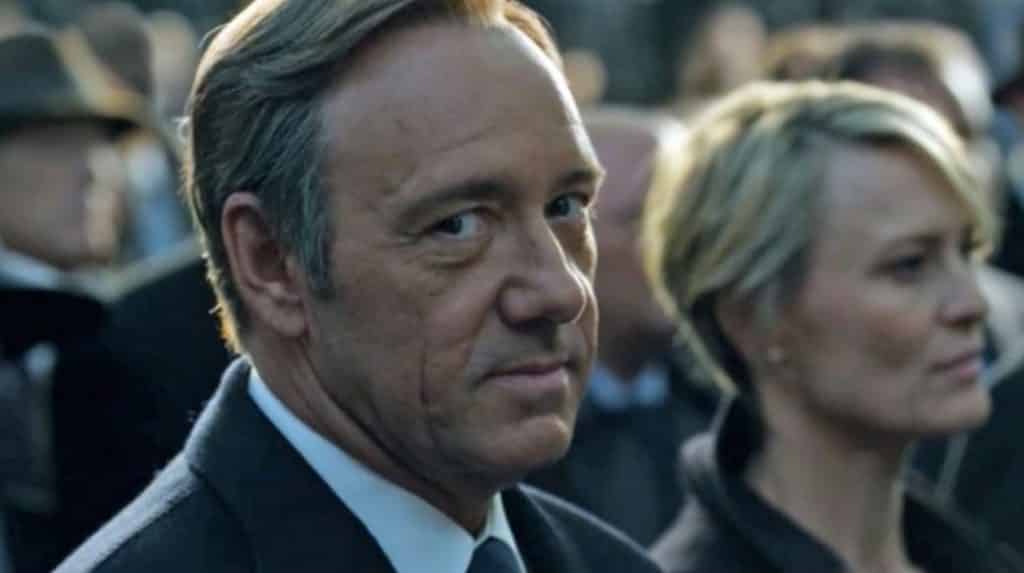 After several very disturbing reports about Kevin Spacey have been made public this week, many have wondered about the future of Netflix’s House of Cards. Spacey is obviously the lead role on that show, and after production on the series was stopped, many suspected the show would end up being cancelled.

That apparently isn’t the case, according to Variety. A new report says that producers are considering killing off Spacey’s ‘Frank Underwood’ character:

One scenario being discussed is to kill off Spacey’s character, the villainous Frank Underwood, and have the show’s sixth and final season concentrate on his equally manipulative wife Claire, played by Robin Wright, according to insiders.

It’s also said that the producers are cognizant of the fact that 300 cast and crew members who did nothing wrong would be put out of work if the sixth season doesn’t continue.

The report states that the producers are currently going over Spacey’s contract to make sure it’s a possibility:

The producers are currently poring over Spacey’s contract to see if they can legally move forward without him or if they are obligated to put him in the remaining episodes.

A recent report stated that Spacey made the work environment very toxic, and apparently even cornered a production assistant and made inappropriate contact with him:

The assistant said that he complained to a supervisor and a solution was made to where Spacey and the assistant were to never be alone together. The assistant added:

“I have no doubt that this type of predatory behavior was routine for him and that my experience was one of many and that Kevin had few if any qualms about exploiting his status and position,” he said. “It was a toxic environment for young men who had to interact with him at all in the crew, cast, background actors.”

The other people who came forward in the report supported the production assistant’s claims:

“He would put his hands on me in weird ways,” the crew member said. “He would come in and massage my shoulders from behind or put his hands around me or touch my stomach sometimes in weird ways that in normal everyday conversation would not be appropriate.”

Netflix has claimed to be previously unaware of any incidents. It’s also being reported by The Wrap that his talent agency and publicist have both dropped the actor.

Last night the actor was accused of raping his alleged ex-boyfriend – who was 15 at the time.

It’s a very shocking fall from grace for the actor who was once considered one of the best in Hollywood. It’s a very similar fall to Harvey Weinstein, which has opened all of this up.

What do you think? Would you like to see House of Cards continue? Tell us your thoughts in the comments.