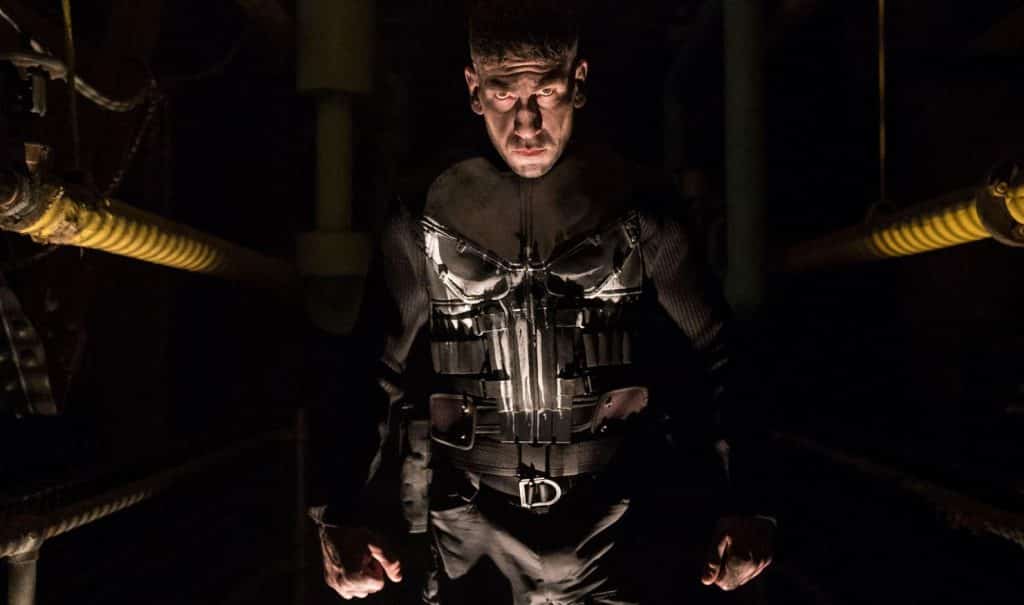 The first reviews for Marvel’s The Punisher are out, and they’re mixed. Some are complaining the show is too violent, while others are praising the show for finally doing the character justice in a live-action portrayal. Either way, it’s generally said to be a better outing by Marvel Television than Marvel’s Iron Fist and The Defenders.

One review from Vox starts with this headline:

The review starts out with:

Fans who have been following Castle’s story from the second season of Daredevil know that he’s killing because his family was killed; The Punisher, through its excessive violence, wants to test whether there’s a limit . It wants to ponder what could happen if everyone who’s ever been wronged started acting like Castle. And it does so in a heavy, bracingly vicious way.

Then, it suggests that the show was released too soon after the events of the Stephen Paddock Las Vegas shooting:

However, in the aftermath of the October mass shooting in Las Vegas that killed more than 50 people and injured hundreds, and the more recent mass shooting at a church in Sutherland, Texas, some of The Punisher’s action sequences can feel more like deceptively simple approximations of what true depravity and terror look like. This isn’t a knock on Marvel, but rather my inability to shake such tragic real-life news combined with the way reviews work; The Punisher will be released on November 17, but its 13-episode first season has been available to critics since last month, and I first watched it right after Vegas.

The review then goes into some very interesting territory:

It then suggests that parts of the show imply racism:

Without giving too much away, the show plays with the idea of what we think our “enemies” look like — suggesting that we’ve been taught they’ll always be brown, Muslim, Middle Eastern — and then introduces white, male characters who are more than happy to manipulate this stereotype and abuse it for their own benefit. These men are more than happy to play up the idea that brown skin equals bad guys, casting nations of people as faceless, dehumanized monsters who are to blame for every ill. Violence against thosepeople, the men believe, is what turns Americans into heroes.

However, it turns out the show is actually good – according to the review:

Even when its stylized viciousness is undercut by real-world tragedy, The Punisher, like Marvel’s very best Netflix series, gives its title character a bloody good introduction.

Reactions to the review, were also interesting:

The Punisher tells the story of an Ex military man who’s family was murdered by the Mob right in front of him. Being the only survivor of the hit he takes it upon himself to rid the crime of NY. Man stop that click bate bs it’s fiction. Leave comics alone.

The headline makes it seem like the punisher is a mysoginist white supremacist terrorist. Hes a veteran vigilante who kills criminals!

But what does his whiteness have to do with it? Imagine if an article about Luke cage was, “another angry black man attacks people and destroys his own neighborhood”. That would be terrible.

@voxdotcom has a tendacy to paint things with a broad brush, and wrap it in generalizations to make it a big deal.

Vox come on. Who the shit wrote this? This is clickbait at it’s worst.

if that’s what you got out of it, they either did a bad job, or you weren’t paying attention.

Well written review. I’m glad to hear the story has a lot of depth. I can’t wait to watch the series.

It’s a dude who’s family was slaughtered, what the fuck is wrong with you?

Just can’t let the opportunity to be racist and sexist slip by can ya Vox.

More examples of hate in this world, it needs to stop.

What’s with the racist article? Everyone should report this

Your obsession with race is insane. Is the Black Panther movie telling a story about black male anger, wrapped in blood and guns? Yeah.

? Ripped From the Headlines!?

A review from Uproxx, had some similar statements, saying the show was wrong show at the wrong time:

It’s a conundrum: The Punisher is most effective when its title character is indiscriminately slaughtering his foes, but that’s also when it most consistently evokes the kinds of real-life horrors that pushed the premiere back once, and could have kept pushing it back indefinitely. There may hopefully be a time when Frank’s actions don’t instantly recall horrors from our world, but that version of his story will still need to be told much more compellingly than this.

The verdict on the show seems to be that if you’re bothered by gun violence or ultra-violence, you probably shouldn’t watch it. However, if you’re a big fan of the character, you should enjoy it.

The Punisher himself, Jon Bernthal, offered his thoughts on gun violence:

“I think and I’m not… look, I think art, sort of the best thing that art can do is be a mirror to society and reflect what’s going on and make you ask questions, force you to ask questions not necessarily try to answer them and I think one thing that the show does and you know in talking to Steve [Lightfoot,] I’m not even sure whether he did this on purpose or not — Steve’s the writer — but I really think that there’s nothing preachy about this show.”

Everyone will be able to give Marvel’s The Punisher their own verdict when it hits Netflix this Friday.

The show’s synopsis: After exacting revenge on those responsible for the death of his wife and children, Frank Castle (Jon Bernthal) uncovers a conspiracy that runs far deeper than New York’s criminal underworld. Now known throughout the city as The Punisher, he must discover the truth about injustices that affect more than his family alone.

Are you looking forward to the series? Be sure to tell us your thoughts in the comments!