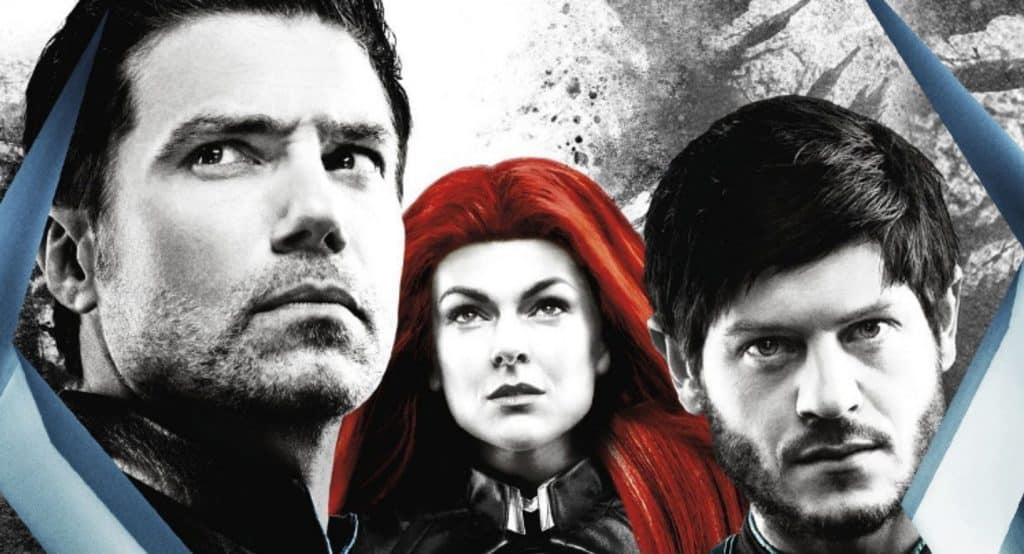 As the moon dust finally settles back down over the Ill-fated adaptation of Marvel’s Inhumans, it’s time to pick through what remains of Attilan’s ruins and try to figure out where things went so badly wrong. Departing our screens this week with not so much a bang, but more of a dry fart, it’s unlikely we’ll see Black Bolt and his family return for a second series. So what lessons do Marvel need to go away and learn from what has been a truly bruising and painful viewing experience?

Was it the way that the final product was pieced together, utterly saturated with examples of lazy scriptwriting and embarrassingly cheap visual effects? Was it the chronically lackluster publicity campaign leading up to the show’s eventual release? Or do the issues go back even further than that, to when the concept as a whole was first raised? The answer, my friends, is there is truth in all three of the above…

Having forced myself to sit through the entire eight grueling hours of this sorry affair, and feeling like I should be awarded some kind of medal for having done so, I can confirm that there is nothing remotely redeeming to be found anywhere amongst the wreckage of this car crash. Inhumans typifies what happens when cost outweighs care, and amplifies all of the issues that led to Marvel’s Iron Fist receiving such negative reviews.

If you did watch it, you have our deepest sympathies. If you were lucky enough to have swerved it, take heart in the fact that that was the most sensible thing you did this year. Either way, here’s our guide to exactly why this is Marvel’s most embarrassing Marvel Cinematic Universe failure to date: Way way back when the first muddled announcements about an Inhumans movie started to leak out of Marvel’s media machine, faint rumblings of ridicule started to build. Despite the fact that this is a company that has successfully served up talking ducks, raccoons and trees, a quick glance at the original source material showed that this would be a creative mountain the company would be very lucky to successfully climb over.

In order to do justice to a storyline which features living hair, giant teleporting dogs and a king who can tear a planet in half when he burps, the production budget and scriptwriting would have had to require significant investment. It’s clear that someone at Marvel must have still been sober enough at this point to bury the plans for an Inhumans movie, realizing that the reward for success here was simply not worth taking the risk.

Further clues about the project’s likely failure were easy to find when the first introductory steps for creating MCU versions of the characters were taken in Agents Of SHIELD. Having survived a tepid and tedious first season, the SHIELD show runners pinned their hopes on an Inhuman future, making this the basis of their entire second season. The deployment of Terrigen crystals, Kree warriors and Inhuman political intrigues was not received well by fans though, and only the return of HYDRA in season 3 has managed to keep Agents Of SHIELD afloat. The main way that each individual new project is spliced together with the larger MCU environment is via the liberal sprinkling of Easter eggs and cameos throughout the narrative. All of the other TV projects and movies have seen walk-on roles from actors heralding from somewhere else in the franchise, prompting wider discussions about pre-existing MCU issues.

A classic case of where this works well is Agents Of SHIELD. As well as the inclusion of MCU movie characters flashbacks and modern day events, every episode had a pre-credits scene built in between the end of the episode and the end titles. Most of the time this was used to depict events occurring elsewhere in the MCU, or the reaction of characters in the wider environment to the ongoing story.

Almost recognizing that this project was doomed from the outset, the locations in Inhumans were limited to either Hawaii or the Moon. There was no effort to show SHIELD or Stark Industries responding to the unfolding events, and completely missing the opportunity to use the fact that series 5 of Agents of SHIELD is taking place in space. You know, where the Moon is? Whilst critics attacked Luke Cage and Iron Fist for a lack of adventure or creativity with their scriptwriting, those projects were Shakespearean compared to this drivel. Not one character had any depth or interest, as viewers were pummelled with exactly what each one was thinking via incessant and needless flashbacks, or lazy overt dialogue.

The fact that the lead character can’t even speak means his thoughts are spoon-fed to the audience via his insufferably boring wife. Alongside this, asking Iwan Rheon to play a PG13 version of his iconic GoT character is the final insult. With little bark, little bite, and little everything bar a few major insecurities, he’s about as villainous as your average grumpy teenager.

2. Aren’t they supposed to have powers? One of the main gripes that people have had with the series is the methods the show runners have used to try and keep their special effects budget as low as possible. This is supposed to be a society where every member possesses a wonderful and spectacular superpower of some kind. So where were all the superpowers?

Looking at the depiction of the larger Inhuman society as a whole, rather than a race of talented and entertaining mutants, what we got was the leftover pieces from Star Trek: Discovery’s practical effects department. The majority of the population look like they’re normal people wearing boring clothes, and the rest have a limited application of prosthetics and/or badly applied makeup.

What about the Royal Family themselves then? A fella with hooves who wears boots. A lady with living hair who gets a haircut. An aquatic ninja who goes into the water once. A man who can crush worlds with his voice, who coughs three times during the series. This was a truly naive and misguided move by the makers, effectively signing the show’s death warrant from the get-go.

1. And when there were special effects… If a chronic lack of spectacle was bad enough, the only possible way to compensate for that would have been to make what few events the script did possess truly spectacular. What we in fact got was the exact anti-climactic opposite – some truly awful special effects.

The sets themselves consisted of about two or three large rooms where the furniture had blatantly just been moved to one side to indicate a new location. The explosions and laser beams wouldn’t even have made their way into the average Doctor Who episode, and the props resembled budget children’s toys.

The eventual destruction of Attlian looked like something you would find in Minecraft, all 2D blocks of differing colors, and slightly shaky camera angles. Triton’s makeup was a bad joke, not even fit for the SyFy channel and Karnak’s ‘power’ proved so tedious they dispensed with it halfway through the series.

All the evidence points to an overall lack of interest and investment in the project. This was a total afterthought on behalf of Marvel. “We’ve promised it to the fans, let’s just give it to them and then forget all about it.” The company may think they can get away with this, based on the loyalty of their fan base and the success of their movies. But they’re wrong. After all, the show’s director said the show was purposely shot quickly and cheaply.

At some point the Marvel bubble will have to burst. Even with Disney investment and innovation, their model and blueprints won’t last forever, and the market will shift out of their favor. The nature of success is that it can can only build and build to an eventual failure. To insult the fans with this mess, and not care or apologize for it only starts the rumblings of discontent amongst the fan community. Rumblings they may well grow into something a lot more serious.

‘Are You Afraid of the Dark?’ Movie Coming From ‘IT’ Writer
Rotten Tomatoes Reveals Official JUSTICE LEAGUE Score
Advertisement
To Top