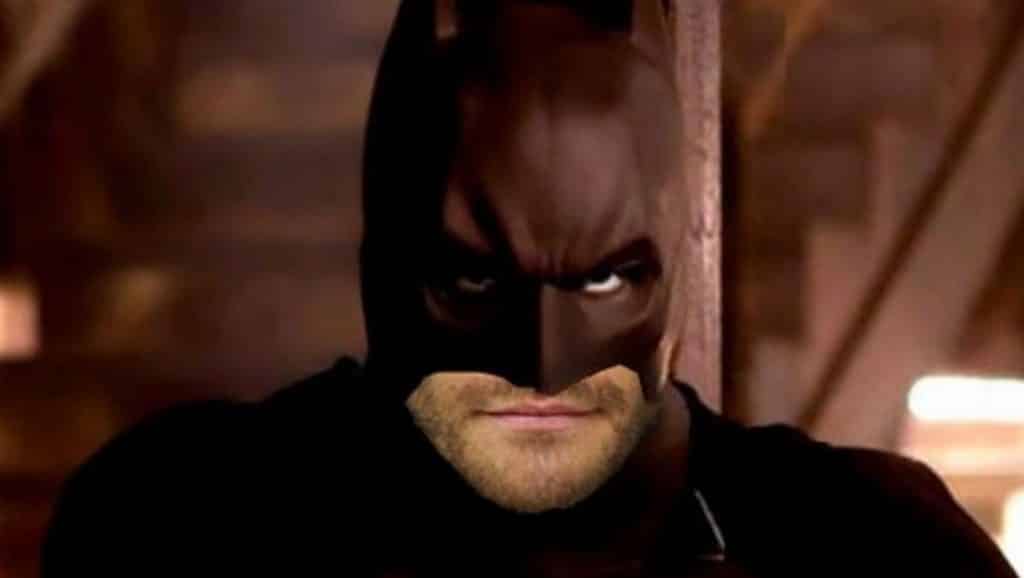 What started out with rumors about Ben Affleck leaving the Batman role once Justice League was released, have now turned into the suggestion that Matt Reeves already has someone in mind lined up for the Batman role in his solo movie.

According to this new rumor, Reeves wants actor Jake Gyllenhaal to play The Dark Knight. It certainly sounds like a possibility, seeing how DC already has a series of separate solo films featuring its characters in the works. Plus Gyllenhaal even showed past interest in starring as Batman!

While promoting his film Southpaw on The Howard Stern Show in 2015, Gyllenhaal was asked by Stern how he would vocalize Batman’s voice:

Stern: I wonder how you would have played Batman, though. Would you have been like, [deep voice] ‘I’m Batman.’ Do you change your voice for that or—

Gyllenhaal: No, I would have been like — if you’re hanging a guy by a string, right, and he’s like hanging upside down and you’re in a batsuit, he’d be like, [scared voice] ‘Who are you?!’ and I’d be like, [nonchalant] ‘I’m f—king Batman, you kidding me?’

Stern: Is that what you would have said? ‘I’m f—king Batman?’

Stern: It would be cool if they bleeped you. You’d be like, ‘I’m f—king Batman, beep!’ What do you mean, you would have played it like, hey—

Gyllenhaal: ‘I mean come on, man, look what I’m wearing!’ It’s like, you know what I mean?

Stern: Yeah, but aren’t you trying to scare people as Batman? So wouldn’t you put on an ominous kind of a, [lowered voice] ‘I’m Batman’?

Gyllenhaal: Note to self. Don’t have Howard be your acting coach.

Stern: Is that right?

Stern: Maybe you ought to think it through so you’ll get the role the next time.

Gyllenhaal: I should have been on this show a lot earlier!

Interestingly enough Gyllenhaal also auditioned for Batman years earlier for 2005’s Batman Begins, where he was screenwriter David S. Goyer’s first choice for the role. Obviously he was beaten out of the role by Christian Bale, but it seems like he may be getting it again after all.

According to Matt Reeves, however, his film won’t be like The Dark Knight trilogy at all:

It’s also said that Reeves’ film won’t be a prequel or reboot, which means that if Affleck departs, it would be a straight up re-casting of the character. Marvel has done that in the past (Edward Norton as Hulk), but not with a role as iconic as Batman. We’ll be sure to keep you posted on any updates regarding the situation.

Would you like to see Jake Gyllenhaal play Batman? Let us know in the comments section down below!