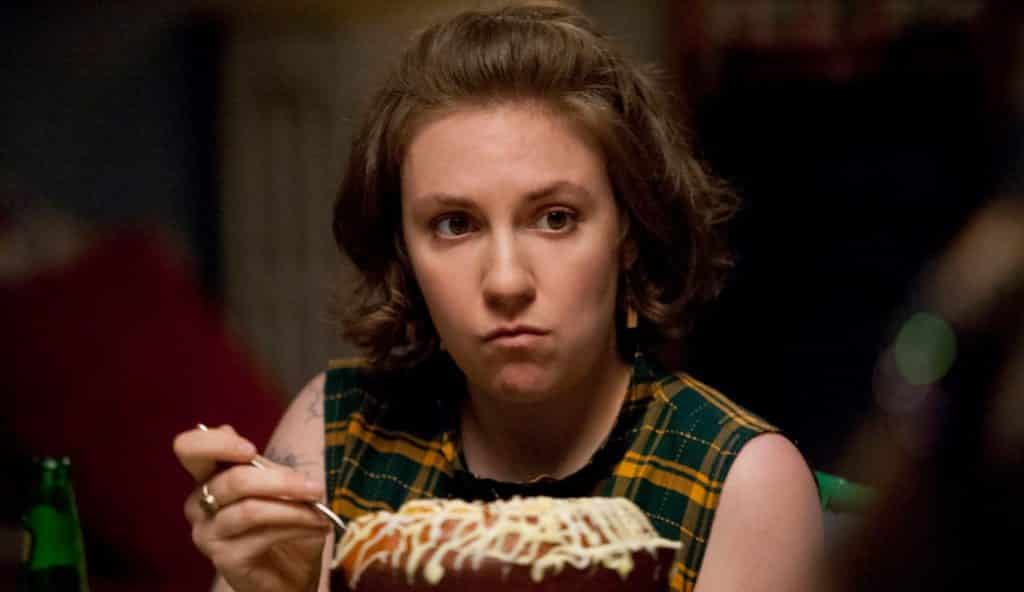 For those of you who haven’t ever seen Girls, you might not know who Lena Dunham is. She’s an actress, writer and self-proclaimed voice of our generation, and is very popular on Twitter – sometimes for occasionally trying to get a reaction out of some of her divisive tweets.

The one that is making the headlines today, however, is this one:

Well, it now turns out that her tweet only refers to people who aren’t in good standing with Dunham. Actress Aurora Perrineau has accused Girls producer Murray Miller of raping her back in 2012, when she was 17 – according to The Wrap:

“He was flirting with me. I told him repeatedly that I was 17 years old,” Perrineau said in the statement.

The actress was with two friends, she said, and Miller asked one of them for a ride home “because he was drunk,” and the group agreed. Miller was 35 at the time.

She said everyone got out of the car at Miller’s home, and she did not want to, but “felt like I had to go along with everyone else.

“At some point, I woke up in Murray’s bed naked. He was on top of me having sexual intercourse with me. At no time did I consent to any sexual contact with Murray,” she said in the statement.

After being contacted several weeks ago by lawyers who–on Ms. Perrineau’s behalf–sought substantial monetary damages from him, Mr. Miller’s legal team gathered overwhelming evidence directly contradicting these false and offensive claims. Only after her demands for money were rebuffed did Ms. Perrineau go to the police. Mr. Miller looks forward to sharing all evidence and information with any and all authorities seeking the truth in this matter.

So naturally, given Dunham’s tweet, she’d side with Perrineau, right? Nope. In a statement to THR, Dunham and Jenni Konner (co-creator of Girls) said:

During the windfall of deeply necessary accusations over the last few months in Hollywood, we have been thrilled to see so many women’s voices heard and dark experiences in this industry justified. It’s a hugely important time of change and, like every feminist in Hollywood and beyond, we celebrate. But during every time of change there are also incidences of the culture, in its enthusiasm and zeal, taking down the wrong targets. We believe, having worked closely with him for more than half a decade, that this is the case with Murray Miller. While our first instinct is to listen to every woman’s story, our insider knowledge of Murray’s situation makes us confident that sadly this accusation is one of the 3 percent of assault cases that are misreported every year. It is a true shame to add to that number, as outside of Hollywood women still struggle to be believed. We stand by Murray and this is all we’ll be saying about this issue.

Naturally, backlash ensued, prompting Dunham to send this tweet out:

I believe in a lot of things but the first tenet of my politics is to hold up the people who have held me up, who have filled my world with love.

The backlash didn’t end, however:

“Believe women, unless they say something about a friend of mine, in which case they are liars.”

That’s the part I’m having trouble with too. From Konner and Dunham’s statement to THR: pic.twitter.com/zxNP1fREUV

Lena Dunham doesn’t believe her white male friend raped her black female costar? Color me shocked. Almost like white feminism is really only about uplifting and supporting white women as they pursue their ultimate capitalistic goals of sharing the role with men as oppressors.

It is hard to imagine a better avatar for white liberal capitalist feminism than Dunham. Truly this is *kisses fingers* spot on for that brand. https://t.co/O8Z1hI18zn

But Lena Dunham says this is “misreported”.

Writing this story has reminded me why I tend to stay away from Twitter in general, unless I want to be miserable.

It’s important to note that this isn’t the first time Dunham has been criticized. She was criticized back in 2014 for these passages in her book:

Here’s the Lena Dunham “sexual predator” joke, in case yall thought it was made up. pic.twitter.com/XmMUQD1OuK

To which she said was just a right-wing conspiracy:

Usually this is stuff I can ignore but don’t demean sufferers, don’t twist my words, back the fuck up bros.

Lena Dunham wrote in a book that she molested her sister, but it’s okay because she supports abortion.

.@PennyDreadful81 @lenadunham not considering something abuse isn’t brushing it off as nothing. You filled in that gap on your own.

Lena Dunham molested her sister. In her book she calls it curiosity. There is no outrage because, white woman.

@lenadunham you did it. You wrote it. Seven year olds have molested other children. You brought this upon yourself.

One article detailed passages of the 2014 book we mentioned:

Hollywood doesn’t seem to be slowing down any time soon after the Harvey Weinstein scandal seemingly opened up a monster most of us weren’t prepared for – featuring the likes of Kevin Spacey, Louis C.K. and producer Brett Ratner.

We’ll be sure to keep you updated on all the latest news out of Hollywood as we get it.

Continue Reading
You may also like...
Related Topics:Lena Dunham