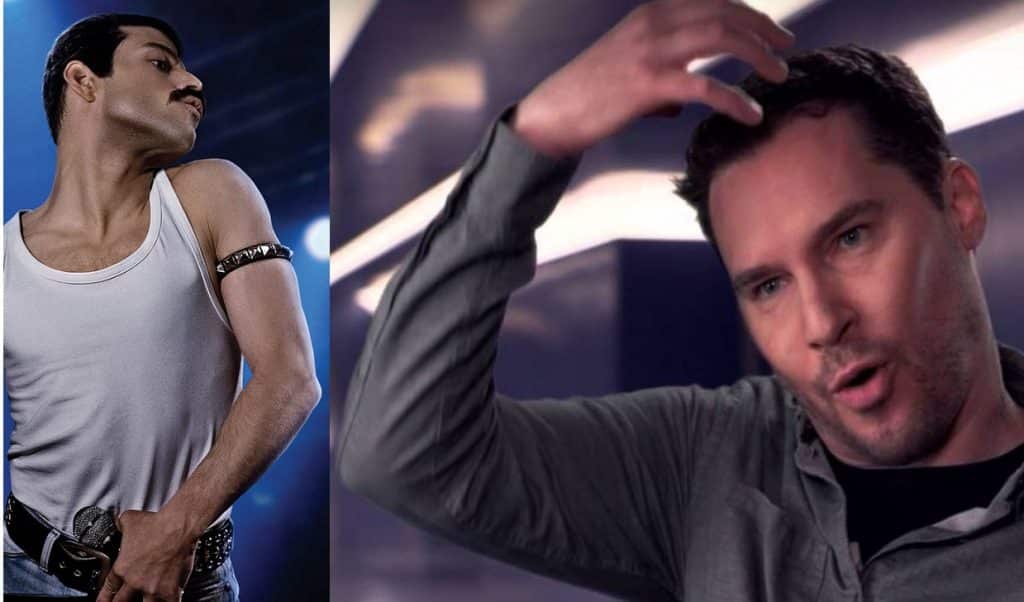 With all of the terrible things surrounding Hollywood right now in the way of sexual assault and rape allegations, director Bryan Singer has seen his disturbing past allegations resurface. Despite that, Singer has remained the director of the upcoming Queen biopic, Bohemian Rhapsody, – until now.

A new report from THR details the director’s erratic behavior behind the scenes:

“Bryan Singer is no longer the director of Bohemian Rhapsody,” the studio said in a statement.

The decision reflected an escalating clash between Singer and actor Rami Malek and was caused by Singer’s being missing from the set, necessitating the Dec. 1 production shutdown of the film in which Malek stars as Freddie Mercury, frontman of the rock group Queen, which has been shooting in London.

It added that trouble began on the film fairly early:

Trouble began when Singer went missing during production on several occasions. His no-shows resulted in cinematographer Thomas Newton Sigel having to step in to helm some of the days while Singer was absent. Tom Hollander, who plays Queen manager Jim Beach, also is said to have briefly quit the film because of Singer’s behavior, but was persuaded to return, according to one source.

Malek complained to the studio, charging Singer with not being present on set, unreliability and unprofessionalism.

It then escalated to something far worse:

Singer had been warned before production began by both Fox Film chairman and CEO Stacey Snider and Fox Film vice chairman and president of production Emma Watts that they wouldn’t tolerate any unprofessional behavior on his part. A representative from the Directors Guild of America also arrived on set to monitor the situation.

The growing tension led to a confrontation between Singer and Malek, which, while it did not become physical, did involve Singer throwing an object. Subsequently, however, the two are said to have settled their differences and filming was expected to resume.

It’s said that Singer was suffering from post-traumatic stress due to the incidents that happened on the set of the film. The studio is expected to name a new director in the coming weeks. It’s interesting that FOX elected to keep Singer on the film, considering other studios have simply terminated actors and producers for alleged misconduct.

Kevin Spacey was fired from House of Cards, Harvey Weinstein lost his company and Louis C.K. had various deals terminated. Singer, though, was accused of child molestation as far back as the 1990’s, yet still went on to direct multiple X-Men films and other notable big budget movies. In the age of Twitter and Facebook, however, things like this no longer go unnoticed.