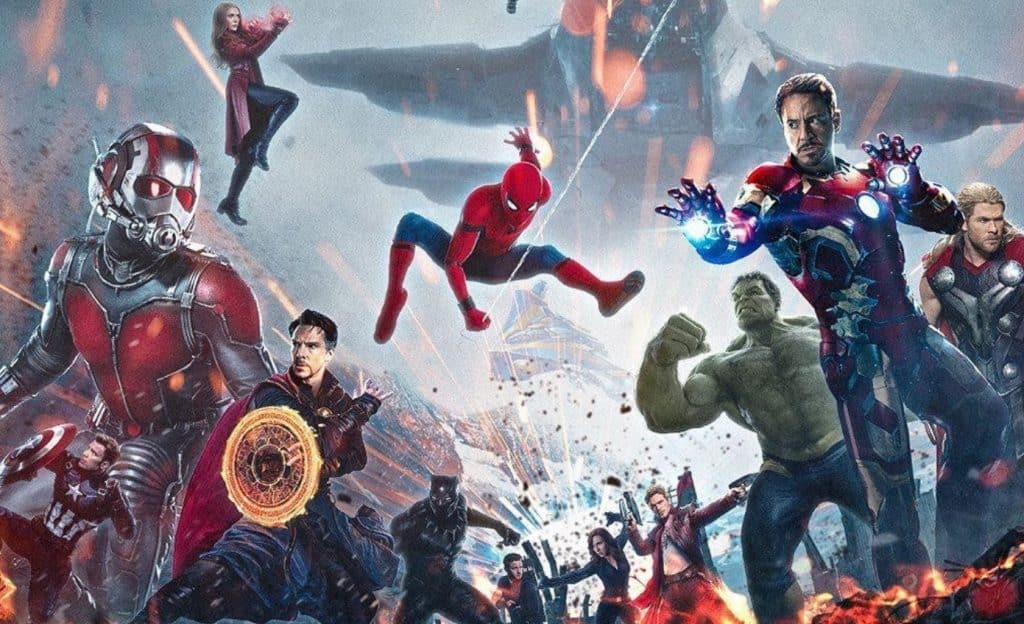 Avengers 4 is meant to wrap up 10 years of the Marvel Cinematic Universe franchise. It started in 2008 with Jon Favreu’s Iron Man, and continued with Kevin Feige’s promise of finishing the franchise properly before the remaining Avengers and Spider-Man start something new. As Feige recently said himself:

It goes without saying that the MCU won’t be recognizable by that time. In fact, the changes that have and are continuing to happen that have many believing there will be time travel and alternate dimensions. There may even be some evidence to back this up.

Chris Evans & his #Avengers co-stars were seen on set today, and at one point, they were all seen joking around & laughing together. See all the new pics! https://t.co/Ry588kIULs

They start with, Captain America is clean-shaven and wearing his original suit. Just seeing the Hulk and Iron Man suggests that the scene is set during the Battle of New York. They’re wearing dots, which means there will be CGI or post-production action.

If Thanos gets a completed Infinity Gaunlet during this film as expected, and to restore balance, Marvel’s Mad Titan could create a new timeline where Ant-Man is at the Battle of New York and Iron Man joins S.H.E.I.L.D. Sharp eyes will also notice the missing arc reactor from Tony Stark’s chest.

The final thing to notice is all the four heroes are all wearing an unknown device on their wrists, which could be some sort of new invention from Stark himself, or a prop that will be switched out in post-production. It seems more feasible for it to be the first, as they would all need a way to jump through the fabric of space and time.

It’s also interesting because a theory released just last month predicted that the film could go the time travel route. It just shows that all theories shouldn’t be dismissed – no matter how crazy.

With all of these questions and not many answers, it would be wishful thinking to expect this film to release soon. And of course, it will be here May 3rd, 2019 which just so happens to be a year after Infinity War released.

What do you think of this? Are you looking forward to Avengers 4? Be sure to tell us your thoughts in the comments!