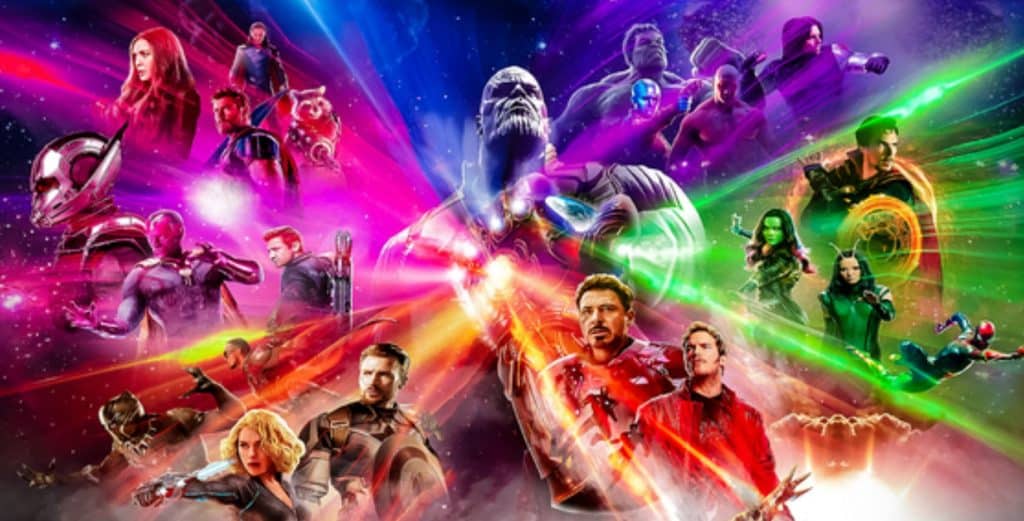 We already know that Avengers: Infinity War is going to be a giant film for the Marvel Cinematic Universe. You could tell that by simply watching the trailer. The scene at the end of the trailer, though, is what has most fans intrigued. It’s a scene that features 40 Marvel Heroes, and while attending ACE Comic Con in Phoenix this past weekend, Anthony Mackie and Chris Evans discussed that very scene.

“There was one day we were on set and were doing this scene that’s in the trailer where we’re all running to battle, you know, all of us are on set and it’s like forty superheroes. I look to my right and I see Tom Holland and Dave Batista. I see them in the corner and Tom is literally the size of Dave’s leg, I don’t know what they’re talking about but Batista jumps up and does a kick-punch move and I was like ‘Yo, you’re about to kill him!'”

“That day was really fun, I know the day you’re talking about, that day was [snickers]…you’ll see. It was a great day with a lot of great people.”

Chris Evans also had a message for those who think the movie might not live up to expectations:

“This was kind of the first movie where you actually felt like you had a seat at the table and you belonged and it was so nice to have all these other franchises that you’ve watched and admired come to a set where you’re like oh man, I belong here, and all these great people are part of a movie that we’re all doing together, and it was just wonderful because all of those franchises, well, let’s be honest. Marvel doesn’t miss. They haven’t missed yet. They’re batting a thousand.”

“I don’t know how they do that. They don’t miss and so to see all these actors come together from all these other franchises that I’ve seen as fans be exchanging dialogue with me was overwhelming and really just so satisfying because really truly, there’s not one bad apple.”

We already knew that a lot of characters had been confirmed for the movie, but now, this scene sounds even more intriguing. If you still aren’t convinced that it’s going to be a huge movie, just let the synopsis do the convincing:

What did you think of Chris Evans and Anthony Mackie’s comments on Infinity War? Are you looking forward to the movie? Be sure to tell us your thoughts in the comments!