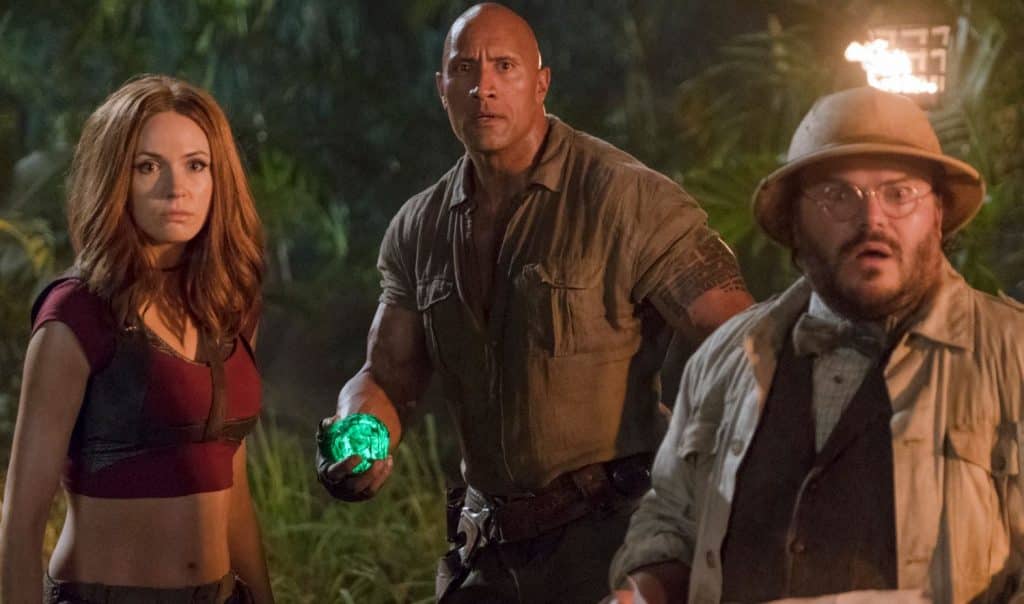 Despite being mid-way through the first month of 2018, leading the box office yet again is a 2017 release. That is Jumanji: Welcome to the Jungle, which earned an estimated 20 million dollars this weekend. A slight 28% drop off from last weekend makes for another great hold for this remake, which through its dynamic leading cast and great concept has been one of the holiday’s biggest success stories. Jumanji has earned an impressive $316.9 million domestically on a $90 million dollar budget, making the film a smash success.

This weekend had two new films being released, with both finishing with surprisingly decent results. 12 Strong came in second place, earning $16.5 million dollars. War movies typically do well in January, and while this didn’t quite reach the heights of Lone Survivor (37.8 million) or Zero Dark Thirty (24.4 million), it opened nearly identically from 13 Hours: The Secret Soldiers of Benghazi (16.1 million). Much of 12 Strong’s success can be dedicated to Warner Bros aggressive marketing campaign and the presence of star Chris Hemsworth. With a solid CinemaScore (scored an A), it should have no problem reaching its 35 million dollar budget.

Opening in third place is Den of Thieves, earning $15.3 million dollars. Considering the studio was expecting about half of that, this is a big surprise. A lot of credit has to go to STX Entertainment, who marketed this film with some flashy and well-done trailers and advertisements. It’s straight-forward heist concept matched with stars like Gerald Butler and 50 Cent also made for a promising release. While this is the type of film to drop off quickly, it should have no problem reaching its 30 million dollar budget.

Rounding out the top five is holdovers The Post and The Greatest Showman, which earned 12.1 and 11 million respectively. For The Post, a 37% drop off from its opening week in nationwide release is strong, as this is an adult crowdpleaser that is sure to stick around throughout Oscar season. With a 45.1 million dollar gross, its already nearing its 50 million dollar budget. The Greatest Showman on the other hand fell only 11%, as this crowd-pleasing musical has consistently gained interest throughout the holiday season. With a 113.4 million dollar gross on a 80 million dollar budget, this film has had a successful run despite its so-so opening.

Here is this weekend’s top ten:

Are you surprised by this week’s numbers? Tell us your thoughts in the comments!

Continue Reading
You may also like...
Related Topics:12 Strong, Jumanji