Fans Start Petition To Save ‘Marvel’s Inhumans’ Amid Cancellation Rumors 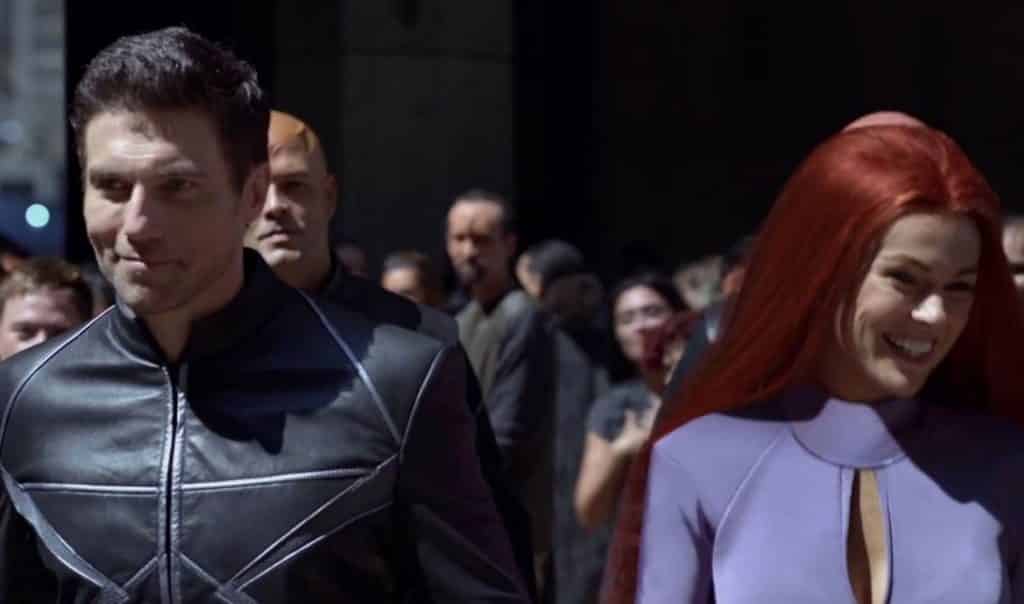 Last year’s Marvel’s Inhumans was far from a success – critically and financially. As far as the reviews go, it had a 0% on Rotten Tomatoes and was bashed by fans pretty much everywhere. As far as the money goes – it was dumped into theaters without much advertisement, and then aired on Friday nights on ABC. There were many obvious problems with the show, but that’s not really a secret at this point.

Needless to say, not many people saw it or knew about it, and the ones that did – didn’t care for it. The show has been removed from the ABC Press Site, heating up speculation that the show might be cancelled.

ABC President Channing Dungey admitted that it didn’t do well for the network:

“It didn’t perform for us at the level that we would have wanted. We haven’t made any official decisions yet but I will say the numbers were less exciting for us as we hoped they would be.”

It would seem that Marvel is perfectly content just letting the show be forgotten, and that’s something many fans probably wouldn’t mind at this point, either. There are, however, a group of fans who just started a petition to save the series – and it’s a pretty passionate petition. It reads:

Hey guys! As we all know that in late 2017, Marvel TV finally launched one of their most ambitious projects to date: Inhumans.

Now, readers of the comic books know of the Inhuman lore, it’s deep roots into the Marvel Universe and the mythology of the Inhuman race which is perfectly suitable for a big-budget TV show and we did get our wishes fulfilled. We finally had a show about the Inhumans with all of our favorite characters coming to life on the small screen, with the first 2 episodes even being shot in IMAX.

BUT, we all know how it actually went down. The theatric release grossed only $3.5 million worldwide in IMAX and the show was ravaged from the beginning to end, earning less than stellar reviews and reception in terms of viewership ratings.

BUT, WAS INHUMANS REALLY THAT BAD?

NO. It was not. Sure, the show had it’s fair share of problems, namely:

Fast tracking the show: The first 2 episodes were shot in 20 days!!! That too, with those heavy IMAX cameras.

Lower Budget and less than stellar CGI effects: Since IMAX had made an investment in the show, not much money was poured in later on and clearly, the show had less than desired special effects and lacked the feel of a MCU level show.

All of this did, indeed, caused significant reduction in the quality of the show. But, THAT doesn’t mean that the show deserves a 10% rating on Rotten Tomatoes or the ridiculous hate people have for the show. (continued below)

The show had a decent story while every actor involved gave the best he or she could. Their performances are noteworthy and every problem about which the people complained was eventually solved or was a major plot point by the finale (Maximus’ pure intentions were later revealed to be for his own, the monarch system’s flaws were also acknowledged and so on).

For all the haters wanting this to be canceled, they seem to forget as to how Agents of S.H.I.E.L.D. improved after the initial episodes and is currently one of the best comic book shows on air.

Further, once gone, these characters will never EVER return and that seems to me like such a waste. Instead, they should give the show another chance, maybe with a shorter run with a higher budget and maybe with a NEW SHOWRUNNER as some of the people who hated Iron Fist and Scott Buck just transferred that hate for him (maybe unconsciously) on this show as well and for the fact that he may, INDEED, not be the right person to handle the Inhuman mythos.

Plus, we really deserve that cliffhanger to be resolved and properly explained in a soft reboot through season 2.

Final words: So, in a gist, all I’m saying is we deserve a proper Inhumans show, which the first season was definitely not. Even Agents of S.H.I.E.L.D. did justice to Inhumans and surely, ABC needs to only give home to Inhumans for a year and then it can move on to the Disney streaming site in 2019.

Please sign the petition to show your support for the show, even if you didn’t like the adaption in hopes for a better second round.

Edit 2: Wow. Just see the reception this petition is getting on social media. Such hate. I just request them to see past the mistakes already committed and look to comic books in hopes of inspiration for a second season. Because once gone, they’re gone. Better to give them a second chance now when it is hurting. #renewinhumans

Tweet this to Marvel and ABC to let them hear your voice!!

Please, all the people who hate the show or hate me for petitioning for the show are requested politely to stay away from my account on Twitter to avoid unnecessary fights and harassment. We get it. You don’t like it. So, just ignore us.

At this point, we’d say if Inhumans is cancelled, it’s not coming back. Stranger things have happened, but – this just doesn’t seem like a possibility at this point.

What did you think of Marvel’s Inhumans? Be sure to tell us all of your thoughts in the comments!