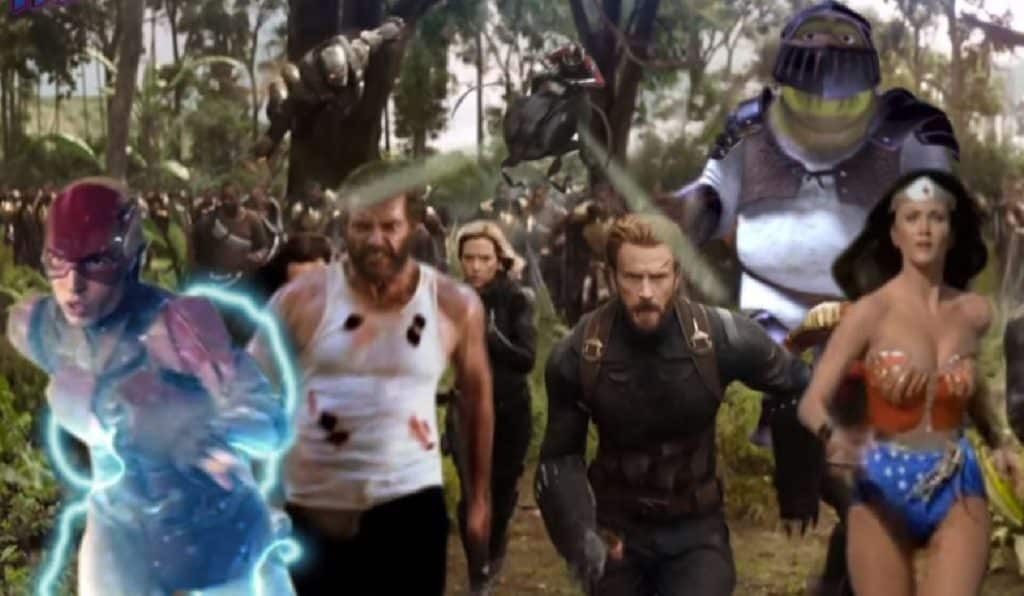 The Avengers: Infinity War trailer was the most watched of 2017, despite being released right before the end of the year. To say that buzz for the Marvel Cinematic Universe film is at an all time high would be a massive understatement. With the success of Black Panther, it’s going to be even higher than it was before. So, it should come as no surprise that a new alternate trailer has been released. A weird trailer to be more exact.

Aldo Jones has became famous over the last couple of years for his hilarious weird trailers that feature the likes of Justice League and Thor: Ragnarok – just to name a few. He’s now added Avengers: Infinity War to that growing list, which you can check out below:

Tobey Maguire’s Spider-Man is officially back, guys! No, not really. It is interesting, however, that Jones decided to include Hugh Jackman’s Wolverine in the trailer, as fans everywhere have wanted to see the character in the MCU for quite some time now. Could it still happen? Probably not, but Sebastian Stan recently said that Jackman has at least talked about it:

“Recently I happened to be sitting next to Hugh Jackman. I didn’t know what other awkward thing I could talk about but to be like, ‘Am I going to see you soon?’ He said a couple of things to me and I’ll just leave it at that. Otherwise, I feel like I’m going to get into trouble with somebody.

I asked him though because I kept thinking whether or not Logan was supposed to be the last Wolverine thing or whatever and he said to me he’s been thinking about it and it’s been on his mind. So, I don’t know, he may be.”

We’ll just have to wait and see what the future holds. In Infinity War:

What did you think of the Weird Trailer? Do you find them funny? Be sure to tell us your thoughts in the comments!