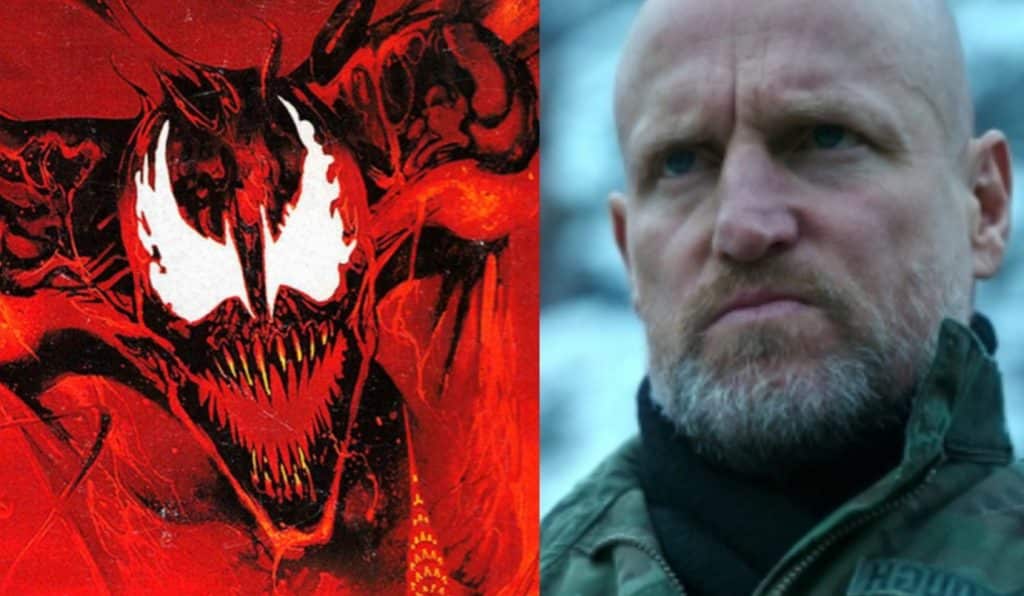 It’s been rumored for a while now that Carnage will be played by Woody Harrelson in the upcoming Venom movie. It definitely makes sense, given Harrelson’s acting range, and the type of crazy acting it would take to bring Cletus Kasady to life on the big screen. The latest report comes from Bleeding Cool, which states:

It’s not like it hasn’t been rumoured. It has. But Bleeding Cool has been told in a very confirm-y way that not only is Carnage to appear in the upcoming Venom movie but, yes, he will be played by Woody Harrelson.

It’s not news that Carnage will be in the movie. This was actually confirmed early on, or at least said by Sony, so I’m not sure why news outlets keep acting as though it’s only rumored that Carnage will be in the movie. As far as what extent the character will be in it, we don’t know. Some rumors have stated that it’ll only be a cameo type role teasing the next Venom movie – which means the focus could be more on Kasady before he gets the symbiote.

It could all just be part of Sony’s big plan to make a Maximum Carnage movie – a theory which we came up with that does make a lot of sense. Either way, we’ll just have to wait and see, when Venom hits theaters everywhere on October 5th.

What do you think of this casting decision for the Venom movie – if it’s true? Do you think that Harrelson would be a good fit for Carnage? Be sure to tell us all of your thoughts in the comments!

Continue Reading
You may also like...
Related Topics:Carnage, Marvel, Venom