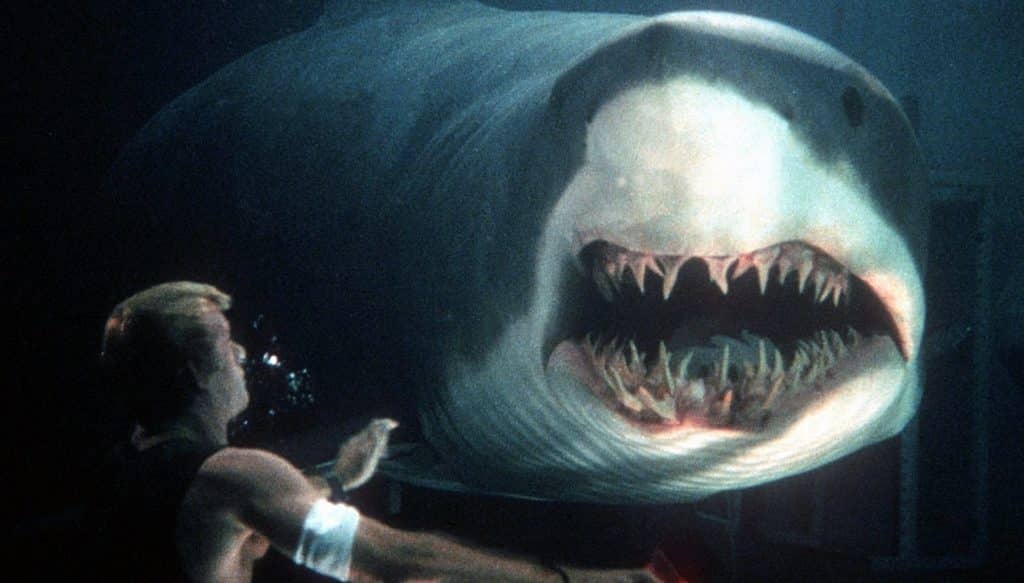 Twenty-first century cinema goers are an overly-demanding bunch. It’s not enough anymore to just make simply spectacular or gritty films. We’re now at a point where we expect our movie experiences to be a satisfactory blend of conflicting concepts  and styles. Anything falling short of this is considered disappointing and perfunctory, seemingly inferior to what else is available to be seen.

From our animated kids movies to our comedies, every different genre offering has to be inventive, clever and self-aware. We want Easter-Eggs, socio-political awareness, and extended franchise referencing. It’s all quite stressful to be entirely honest, and in quite a stark contrast to the more harmless and light-hearted cinematic output of yesteryear.

The 1990’s was the decade that first witnessed the decline of the overtly simplistic blockbuster. For so long, consecutive summer Box Offices had been dominated by the idea of adding ‘Spectacular Peril A’ to ‘Hollywood Megastar B’ resulting in  ‘Big Studio Payday C’. It was a formula that had delivered the likes of Speed, Armageddon and Independence Day, among others.

Sat within the ranks of the many film-makers who had prospered during such a period was Renny Harlin. The Finnish Director had made his name on movies such as Die Hard 2 and Cliffhanger, giving him the classification of one of Hollywood’s ‘go-to guys’. It was a reputation that was not ti last. The tide of critical and public opinion that had been so slowly turning quickly caught Harlin and cast him aside, with offerings such as The Long Kiss Goodnight and Cutthroat Island now deemed sub-standard by audiences.

Harlin has never quite managed to find his way back into an ever-changing modern industry, mired in TV work and critical failures such as Exorcist: The Beginning. But a closer check of his CV shows that he managed to enjoy one final hurrah before the end of that happy carefree period of film-making. And with another shark-themed blockbuster finally now upon us (Jason Statham in The Meg), it’s therefore entirely appropriate that we revisit 1999’s Deep Blue Sea.

Taking into account the fact that the original Jaws movie isn’t even arguably even about the shark, and the subsequent sequels were all truly awful, what’s left in this quite limited genre consists of a series of ‘straight to DVD’ snooze-fests. Given the complexities of tying to work with a shark, it’s hardly a surprise, which is what makes the success of Deep Blue Sea so damned commendable.

Embracing the cliches of the Jaws franchise, but with a budget to support its satire, the movie managed to double its investment, bringing home an impressive $164m. By utilizing the existing water tanks that had been built to film Titanic, and investing in a cast devoid of A-Listers, Harlin was able to successfully invest more money on the practical and computerized special effects needed to create his real stars. 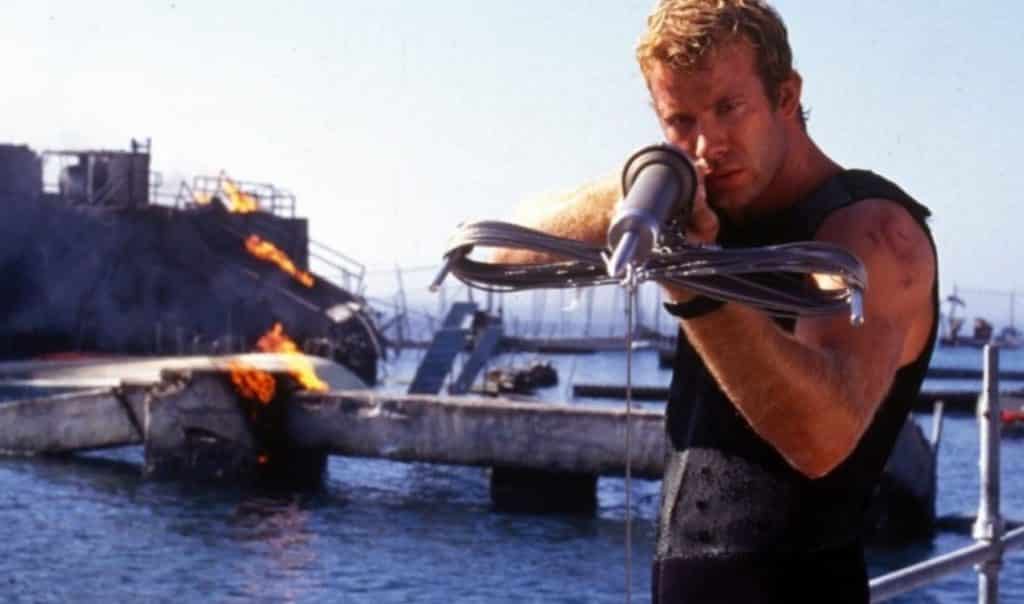 The lack of big star names was compensated for by picking likable future talent instead. Fresh off his Star Wars duties on The Phantom Menace, the dependable Samuel L. Jackson was bought in for a fairly restrained (well, by his standards anyway) performance. Punisher actor Thomas Jane was cast as both a likable and believable lead, with British television stalwart Saffron Burrows cast as his feisty female opposite number.

Rounding off a growing list of actors who would go on to work for Marvel Studios, the movie also saw Stellan Skarsgård in  one his first big English-speaking roles. This minimal cast was then padded out with the likes of Michael Rappaport, LL Cool J and Ronny Cox, leaving the sharks to rightly take the centre stage.

Based on an old floating U Boat station, the sets are a dream, maddeningly restricting the movement of the characters as their situation worsens. The corridors and enclosed spaces are suffocating enough, before the addition of several thousand gallons of freezing sea water and a couple of murderous oceanic killing machines. Run, jump or swim for safety, nothing helps. If the sea and sharks don’t get you, the exposed electrical cabling or flash-fires will. The movie’s essentially one huge industrial health and safety nightmare… 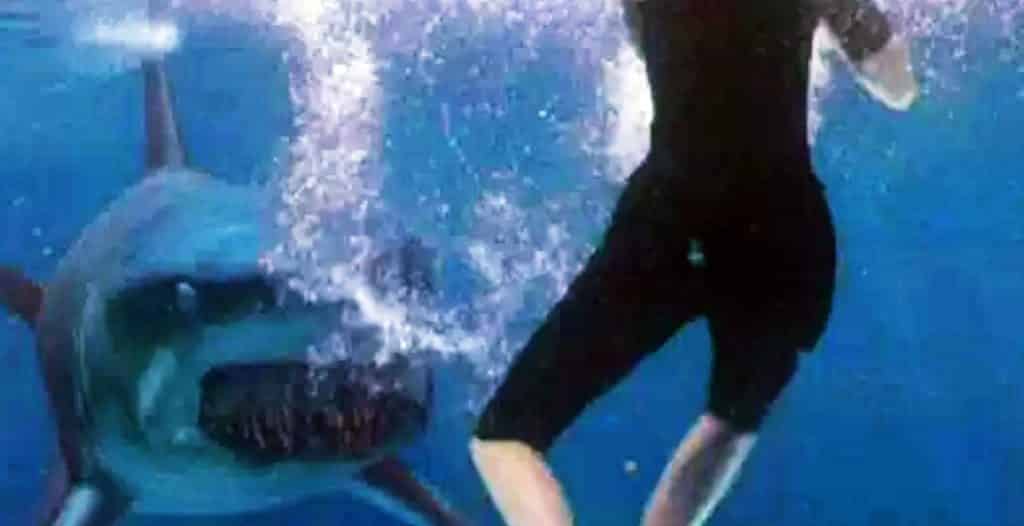 However, when you strip away the special effects and the stars, the reason for the film’s success is ultimately the fun factor. Characters are killed and limbs removed with liberal levels of hilarity, particularly in the case of Skarsgård. Helicopters are murdered, industrial fences and floating laboratories sunk, as sharks are despatched with a variety of everyday household goods and mundane instruments.

The movie tip-toes down a fine line that separates comedy from terror, tap-dancing either side of said imaginary boundary on o number of occasions. It’s quick and snappy (pardon the pun), ending quickly enough and on the right note to leave viewers with a warm and fuzzy feeling. There’s even a token animal actor on hand, other than the sharks that is, with a talking parrot also amongst those in peril.

While the likes of Dwayne Johnson and Keanu Reeves continue to do their damnedest to bring harmless and spectacular fun back to our screens, movies like Deep Blue Sea largely remain a thing of the past. The release of a follow-up film back in 2009 on the 10th anniversary was canned, and it’s only this year that a DVD sequel has finally managed to get made. Here’s hoping that the minority of upcoming movies such as The Meg and Rampage keep the memory of the 90’s blockbuster alive in the industry, and in our hearts and minds.

Continue Reading
You may also like...
Related Topics:deep blue sea