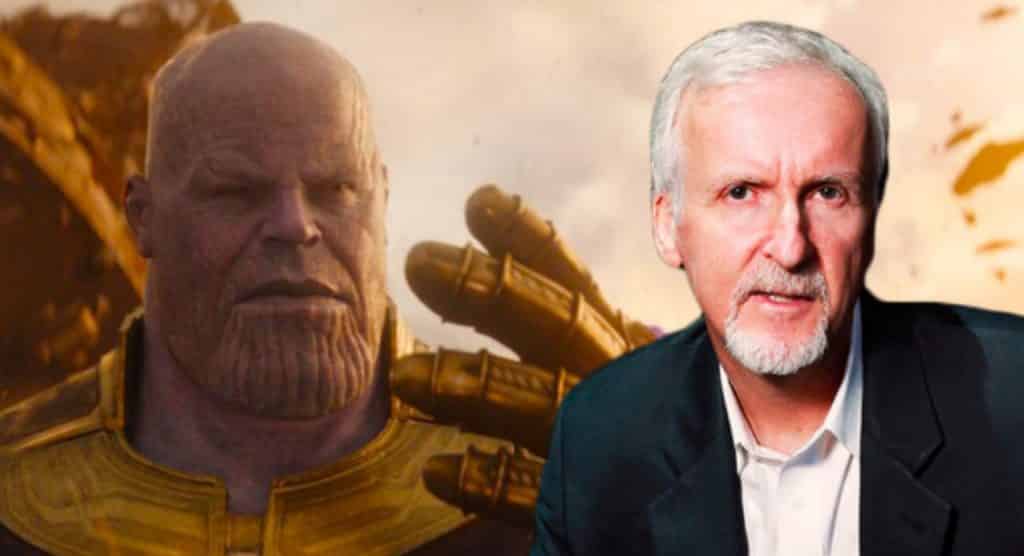 There’s no denying James Cameron’s credentials as a veritable godfather of all things sci-fi and fantasy. He’s spent the last 35 years creating a whole host of iconic and lasting science fiction stories, filling his narratives with some of the darkest and grittiest themes to be found in the genre. Lately though, it seems his views on film-making are starting to come into conflict with the vast majority of his fans and followers, with this week seeing him taking a very public shot across the bows of the Marvel Cinematic Universe and The Avengers.

Jim Cameron is the man who bought us the first (and best) two Terminator movies, Aliens and The Abyss. Then there’s also the small matter of the Avatar franchise as well, but the last decade has seen a sharp drop in his creative output. In part this is due to the scale of the Avatar sequels he is working on, but also in order to indulge his love of ocean exploration and shipwrecks. That said, he does have the live action version of Alita: Battle Angel coming out this year, and we recently reported that he is actively involved in the new sixth Terminator movie.

The Canadian Director sparked no small amount of outrage back in August 2017 when he spoke out against the wave of positive reaction to DC’s Wonder Woman movie. Having spent his entire career creating strong and independent female movie characters, Cameron felt there was little originality in Wonder Woman, and people were merely jumping on the bandwagon bu heaping praise on the feminist themes in the blockbuster DCEU release.

Those comments did not go down well, with anybody, prompting counter-criticism from both Director Patty Jenkins and actress Gal Gadot. Subsequently, when Cameron then went on to praise the divisive Aliens sequel, Alien: Covenant, people were quick to come back at him. And now it seems, he’s at it again, after comments made to reporters in a press conference yesterday.

Cameron is currently doing the rounds to promote a new AMC miniseries, Visionaries: James Cameron’s Story of Science Fiction. The six-part TV project premieres next week, and will feature inputs from longtime Cameron collaborators such as Ridley Scott, Sigourney Weaver and the T-800 himself, Arnold Schwarzenegger. When asked about Marvel’s growing stranglehold on the industry, this was his reply:

“I’m hoping we’ll start getting ‘Avenger’ fatigue here pretty soon… Not that I don’t love the movies. It’s just, come on guys, there are other stories to tell besides hyper-gonadal males without families doing death-defying things for two hours and wrecking cities in the process. It’s like, oy!”

This comment was not the only jab the legendary writer/Director had to make about the MCU either, when he referenced Marvel content in another subsequent quote:

“We can see the market drives us to a sort of science fiction now thats either completely escapist and doesn’t require a technical consultant — an example of that would be ‘Guardians of the Galaxy.’ It’s just fun…. We don’t care how those spaceships work or any of that stuff works. And then you have scientifically responsible science fiction like ‘The Martian’ or ‘Interstellar.'”

Despite trying to pitch his criticisms in a friendly way, it’s clear from the comments that Cameron clearly has some major hang-ups with the way the industry has changed whilst he’s been offside working on the Avatar movies. He also went on to clarify their current status during the press conference, confirming that the second and third movies in the series were in production, with fourth and fifth ones in the process of being written.

What do you guys think of Cameron’s comments? Is it time for the MCU to take a step back and shift focus? Or is this just a case of someone who simply disagrees with the  creative processes that Marvel employ? Let us know below!