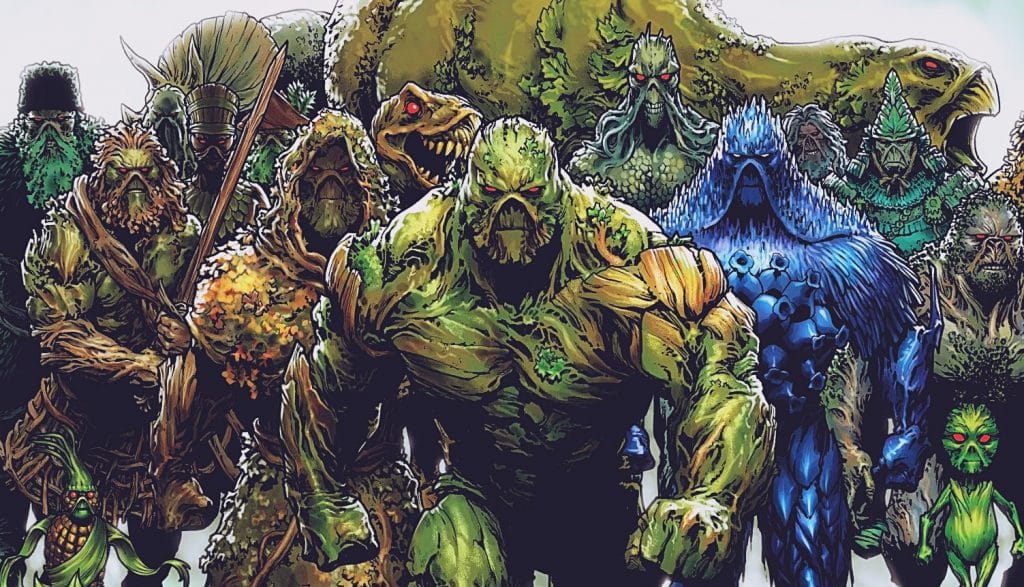 A new Swamp Thing series based stories from on Len Wein and Bernie Wrightson has just been ordered for the upcoming DC streaming service named DC Universe. Interestingly, the series will be produced by The Conjuring and Aquaman director James Wan’s Atomic Monster company. It’s also worth noting that the series was written by Ash vs. Evil Dead writer Mark Verheiden and IT co-writer Gary Dauberman. What a great combination!

It’ll be interesting to see how this series will be handled with all of these horror veterans involved in the project. It’s not the first time several genre icons have come together for Swamp Thing, however. The character was previously adapted in 1982 from A Nightmare on Elm Street director Wes Craven. The film also starred Adrienne Barbeau, so maybe we’ll get to see some awesome horror genre stars play in this series as well if history repeats itself.

The Swamp Thing character also nearly got adapted for Justice League Dark, a live-action production that would’ve been directed by Guillermo del Toro. Perhaps this is a step towards building the foundations for a Justice League Dark series? Either way, we just have to hope they do the character justice. After all, if the series does do well enough, it might just kickstart a whole new movie franchise. The possibilities really are endless.

Swamp Thing will hit the service sometime in 2019, alongside DC’s Titans and Young Justice: Outsiders.

What do you think about James Wan producing a series based on Swamp Thing? Are you excited to see such a thing? Let us know in the comments section down below!