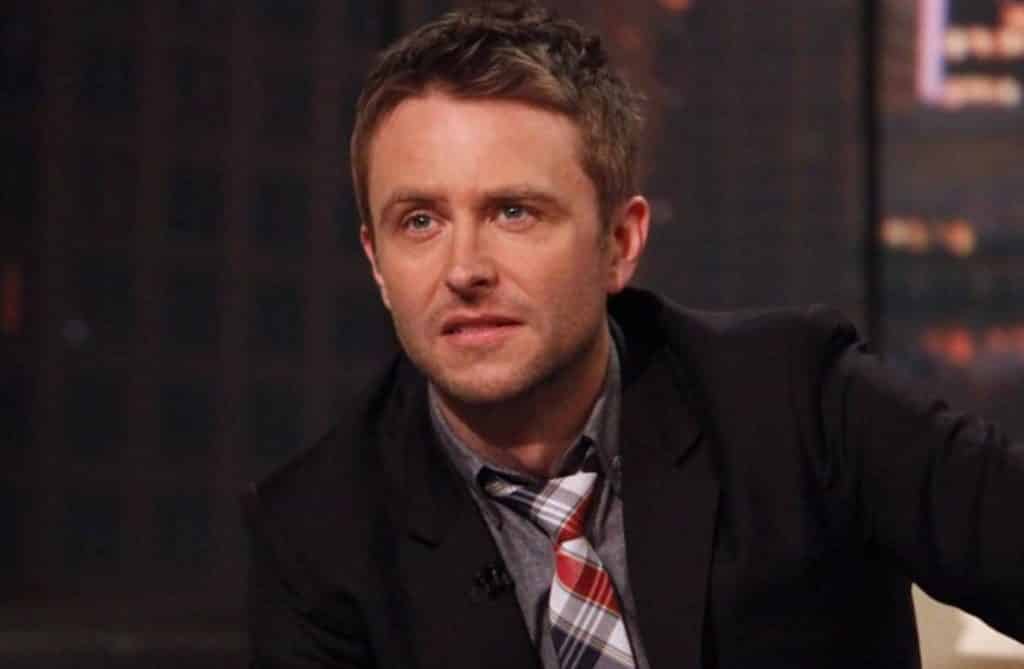 Chris Hardwick hasn’t exactly had the best month. He hasn’t been heard from since he made a statement after Chloe Dykstra accused him of sexual and emotional abuse. His current wife came to his defense, and now, it appears that three of his ex-girlfriends are doing the exact same thing.

Jacinda Barrett, Janet Varney and Andrea Savage have all released statements on the matter this week, and we’ll start with Barrett, who recently published an Instagram post, which read (verbatim):

This past week I have watched someone I once loved and shared four years of my life with be publicly accused of misconduct and abuse, then swiftly fired and shunned. The accuser’s story bears no resemblance to the one I shared with him all those years ago, but what is of supreme importance here is that every woman and every man deserves a voice. Accuser and Accused. Everyone deserves to be heard. A rush to judgement denies the right to due process; the Metoo movement deserves due process. #metoomovement #dueprocess #chrishardwick @hardwick

Varney went to the Los Angeles Times to give her account, which said:

“The last thing I wanted to do was to complicate an already complicated situation, and this statement isn’t intended to weaken or drown out the voices of those who have bravely moved us forward in the fight against all forms of abuse. But I have also only grown increasingly concerned each passing day about the myriad of ways that my silence could be interpreted, and have felt compelled to share my own experience.”

“Over the seven years Chris and I were together, I was never subjected to any kind of sexual abuse or controlling behavior whatsoever,” Varney said. “Since our breakup in 2011, we have remained friends.”

Her statement is interesting, because many took Hardwick’s past lovers’ silence as agreeing with Dykstra, which apparently wasn’t the case. Savage released her statement to People, which read:

“I’ve known Chris for over 15 years. We dated years and years ago. He is one of the kindest, most supportive, women-supporting, intelligent people I’ve ever met. None of this rang true in terms of my experience with him. He’s truly one of the least controlling people. That’s not the Chris I know.”

“I feel like we’re suddenly in this environment where people are able to publicly name and accuse you of things, but then nobody else is allowed to give their experience with that person and defend their character. If you’re a woman and you say something like this, you’re not supportive of women and against the MeToo movement. If you’re a man, forget it, you can’t say anything.

I feel like the MeToo movement is so important, and it’s such a fragile platform on social media and the Internet for women whose voices are not being heard and literally, have no where else to turn. I feel like as much as we’re calling on men to take responsibility, women need to, as well, to protect this channel because it is powerful. When you say something, it has serious repercussions.”

She also recently reached out to him:

“I was just like, ‘Hey, I’m sure you’re having a really, really terrible day. Just wanted to say you have support out there if you need it,’ ” she said.

Dykstra’s current boyfriend, Robert Kazinsky, has made headlines for sending unwanted pictures of his penis to a former model, something he initially denied – but ultimately apologized for after some were calling him out.

People have reacted to this entire situation on Twitter:

Janet Varney and Jacinda Barrett defending Chris Hardwick is all the proof I need that he is a manipulative narcissist. Both have moved on with their lives and he’s dragged them into his mess in the hope that they’ll save his reputation.

So, an alleged rapist should be allowed to continue working while the victim of abuse has been blacklisted from the industry? That doesn’t seem fair now, does it?

It’s like Jacinda Barrett needs to read about Abuse 101 or something, conversely, kudos to Aisha Tyler for saying something against the tide of silence Hardwick’s friends and colleagues have been employing. Just because he didn’t do it you means diddly squat.

It’s heartbreaking to see your post. Just because he was someone you loved, it doesn’t mean he didn’t do wrong. What you said is completely reckless. If he was “swiftly fired and shunned”, it was because there IS credible evidence. You aren’t implicated, you’d have stayed quiet.

Your empathy for the wrong person is just.. disappointing. And your arguments […] Jesus Christ. You may want to delete your post, it’s not too late yet 😉

2) The problem here is many just decide @skydart is telling the truth because <insert reason here>. I have decided to believe @Hardwick until proof proves otherwise because I believe the burden of proof is on the accuser.

directly comparing one experience to another is a way of saying ‘he didn’t abuse me so he’s not an abuser’. that sort of statement is one of the reasons abused people don’t come forward. her actual insta post 100% agree, it’s her caption that’s problematic

@brosandprose She’s talking about Chris Hardwick. Still feeling great about publicly trashing a man you know nothing about?

I’m so glad you’ve commented on this. Was wondering if your experience w/him resembled Dykstra’s in any way. I believe the MeToo movement is monumentally crucial, esp when multiple victims are saying the same thing BUT society is getting too quick to censure. Hope truth prevails.

Well, since Janet Varney tweeted her support of Chris and Jacinda’s latest tweet was wishing him the best in marriage with the hashtag love, I can pretty safely say that she was the only one that felt abused. They say abusers are always abusers, Chloe cheated on Sam, so true dat.

And now Janet Varney, another ex long term gf, says he was never abusive or controling. Haven’t heard from Lisa Leob, Andrea Savage, and Lisa Rieffel (feel like I’m still missing one or two) but between JB, JV & LH that’s 15 yrs of confirmed good behavior to 3 of alleged bad…

Looks like Andrea Savage has now come out in defense of Chris Hardwick. When it comes to arguing Chris is a good man, all of Chris’s ex’s seem to be saying #MeToo. Good for them, standing up.https://t.co/W1Mz04vkzz

At this point, @skydart you need to put some evidence on the table. Otherwise it looks like an innocent man got ruined by a revengeful ex…

It’s an interesting development in the Hardwick story, and one that doesn’t seem to be coming to an end any time soon. The #MeToo movement initially took down big Hollywood players such as Harvey Weinstein, Kevin Spacey and Brett Ratner – but some have said it’s turning more into a movement to destroy careers with unfounded allegations, like some of the quotes above mentioned.

It also poses some very interesting questions. If you’re innocent of what you’re being accused of – should you just sit back and accept it? Should we all just sentence someone as guilty without giving them due process? Should someone have their career destroyed on allegations? And if the saying is truly #BelieveWomen, why are some discounting what Hardwick’s former girlfriends are saying? As I said, there are a lot of unanswered questions.