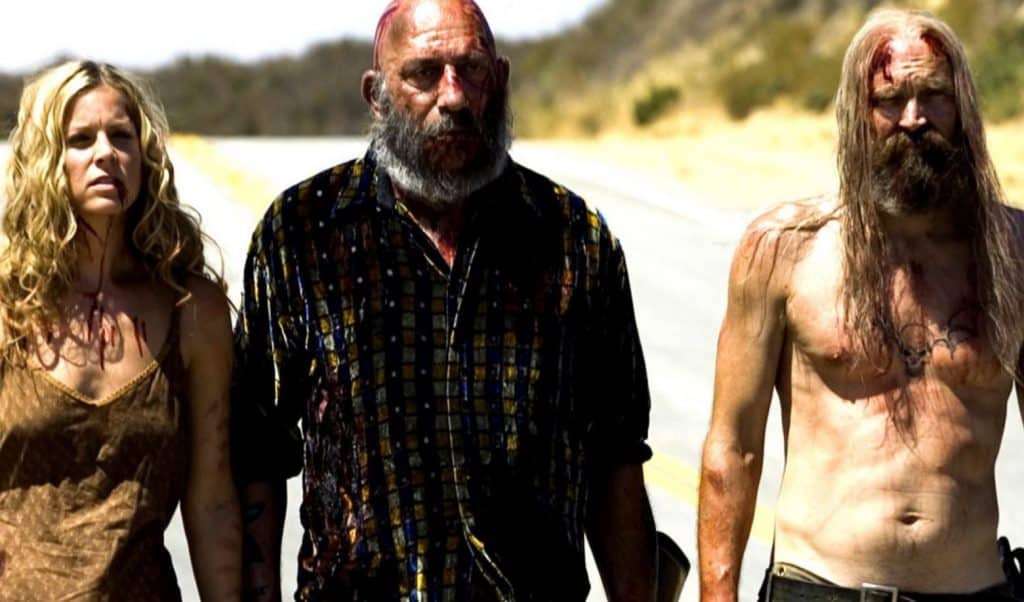 Rob Zombie‘s 2005 cult classic, The Devil’s Rejects is finally getting it’s sequel, Three From Hell, next year. It has been 13 years since we first met the Firefly family and fans are ready for their return. Since the movie has been confirmed the musician and screenwriter has been keeping fans interested with regular cast and set photos. So far we have Character posters of Otis, Rondo and most recently, Captain Spaulding. Today on his Instagram, Rob Zombie gave us a look at the film’s teaser trailer.

Rob Zombie is currently on the Twins of Evil: The Second Coming tour alongside Marilyn Manson. During a performance, he shared the first teaser trailer for the film and posted the clip on his Instagram. In the trailer we see some familiar shots, but no actual footage from the sequel. You can watch the video below:

Although it looks like we will have to wait a little while longer to get some original footage from the movie, this trailer will certainly get fans excited about what’s coming. We don’t know a great deal about the plot yet so we can only speculate as to how the murderous trio survived the shootout from the end of the last movie.

We don’t have an official synopsis or release date yet, but it has been confirmed for 2019.

What do you think of the teaser? Are you excited about the sequel? Tell us what you think in the comments!