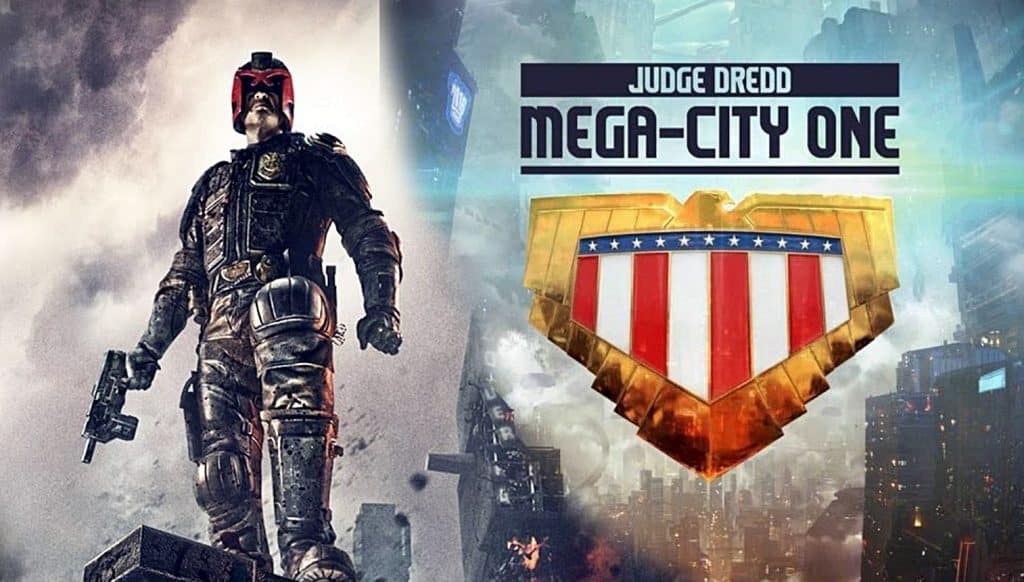 Judge Dredd: Mega-City One is the upcoming live-action TV series based on the popular 2000 AD Universe. Some, however, have mistakenly thought that the show will be a cartoon, which is not true. We figured we’d go ahead and reaffirm this news, as it’s already been confirmed – to clear up any misconceptions. The people behind the show have reaffirmed it as well:

As far as what you can expect from the show, the script for the pilot episode has been completed with a team of writers that features longtime comic writer, Rob Williams. Jason Kingsley, the show’s producer, said:

“I’ve read the pilot script by Rob and the team, and got that same thrill I did when I first discovered Judge Dredd. As we drive this project forward I’m always surprised by how much effort goes on behind-the-scenes to bring something like Mega-City One to the screen. I’m very pleased with how the whole project is coming together and looking forward to more exciting announcements in the coming months.”

We also spoke with 2000 AD over the weekend, who revealed that they already have plans for 2 seasons mapped out:

“Basically, the script for the pilot episode is done, it’s been completed, and the first two seasons have been plotted out [and] ready to be scripted out.”

One thing yet to be talked about is Karl Urban‘s involvement in the show, something fans have been very vocal about. When something is announced, we’ll be sure to get it to you as soon as possible. Back in August of last year, it was confirmed that both parties had engaged in talks – with Urban saying the following a couple of months later:

“…Rebellion is developing Mega-City One, which is the Judge Dredd TV series. I’ve had conversations with them about what they’re doing and I’ve let them know, if they write a character that has a function and a purpose and there’s a solid story to tell, then I’d love to be a part of it.”

The synopsis for the show reads as follows:

Judge Dredd: Mega-City One will focus on an ensemble cast of Judges, futuristic authoritarian police, as they tackle some of the violent and weird crimes that the crowded megalopolis of Mega-City One can throw at them.