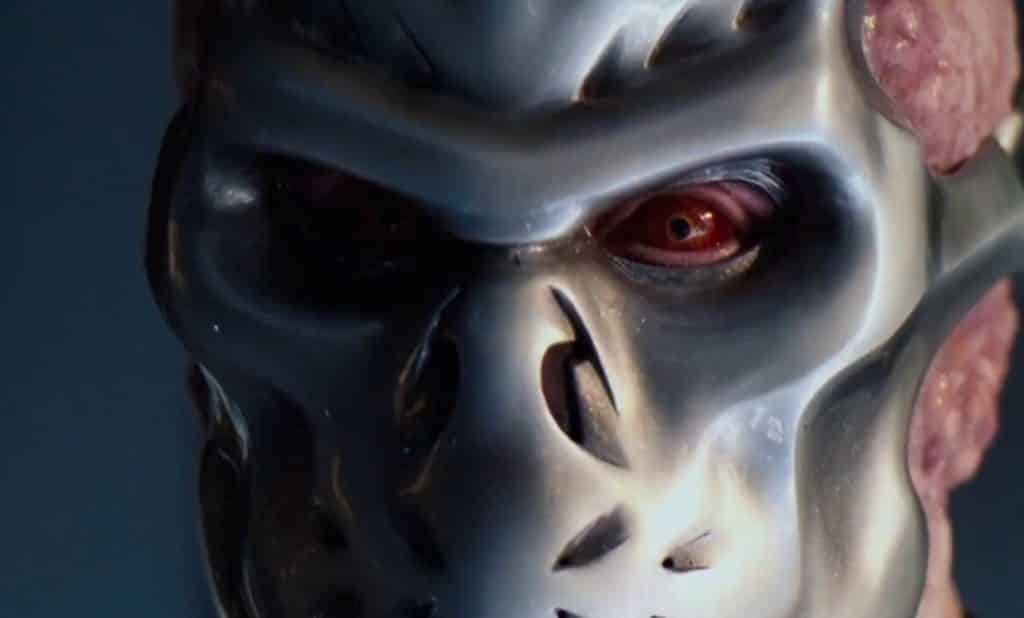 Damon Bishop, effects artist from the set of Jason X has been sharing behind the scenes photographs on his Instagram. His posts include some rare images of Jason Voorhees without the mask, which we only get to see momentarily in the film. The latest features a good look at Kane Hodder, the man behind the iconic killer, on the set of the 2001 film.

Happy 13th! 💀 Jason sculpted by Stephen Dupuis, painting and finishing work by me. Made for Jason X the movie, cast in GI 245 Glad those days of tin are over…..

A few days ago Bishop shared another never before seen picture of Kane Hodder on set without his mask. He also provided some information about the effects make-up when answering a question about the cap. He wrote:

“If you look at the hair placement it’s along the back edge hiding it from view. Same with the ear area. The front of the cap was obviously covered by the hockey mask. Kane mentioned that many of the other makeups were very hot and uncomfortable. This made it much easier for him while shooting. He also has some severe burn scars on his neck which we painted to match the cap. He could move more freely and there was no weird buckling from a prosthetic. Cleanup and removal was super fast too. We reused the cap. Kane said it was the most comfortable version he’d worn. There was a full face and head piece made that we never used as there was only one brief shot of him without the hock, which was a full fake body. I posted pics of that head further down my page.”

Kane Hodder on set for Jason X. Thanks to @chrisbridgesv1.0 for the pic. Sculpt by @stephan.l.dupuis

Jason X, which was released in 2001, is the tenth instalment of the Friday the 13th franchise. In the movie the infamous masked slasher sports a new look ready for his murderous rampage on a 25th century spaceship.

What do you think of the pictures? Tell us in the comments!