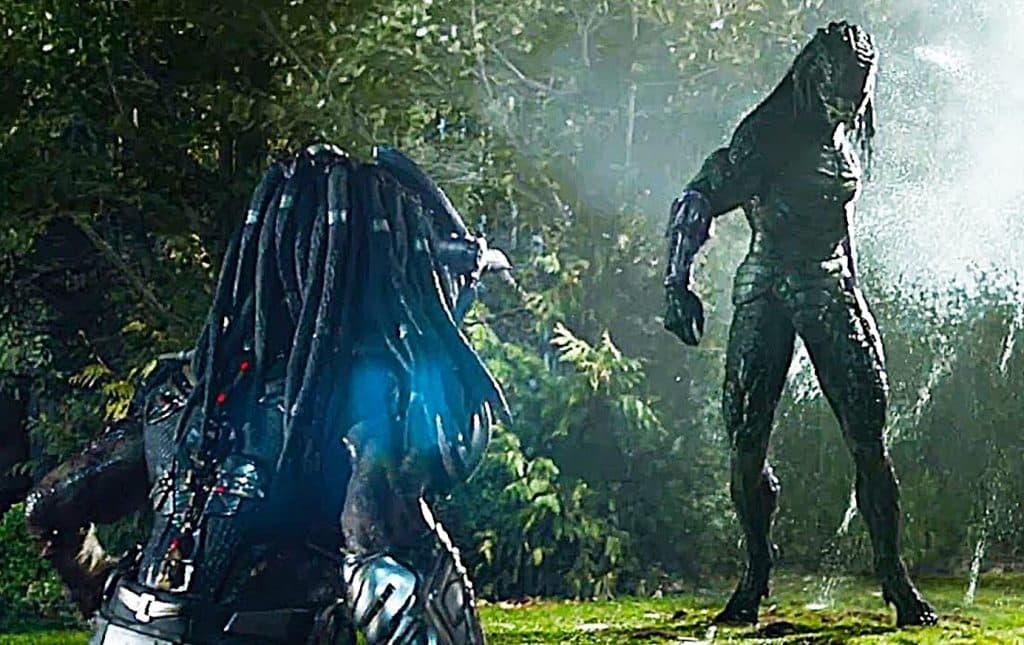 The Predator franchise is something fans of the original film can’t help but come back to. While none of the sequels have quite captured that same spark the 1987 film had, they’ve certainly done well in expanding the lore and mysticism of the Predator species. Now, Shane Black, who played in and helped on the script for the original Predator, is writing and directing the newest sequel. It obviously means a lot to fans of the series, because now we can expect extra care to be taken into crafting this new hunt.

The film has gotten varied reviews since its first premiere, including our own positive reaction. Fox isn’t stopping here, however, and just premiered the latest tease for the flick – a scene where we see a classic Predator go off against THE Predator, an eleven foot tall hulking mass of terror. It appears to be one hell of a fight, and only one of many for what boasts to be a violent and crazy R-rated outing.

One can only hope the movie does well. After all, who doesn’t want to see at least one new action-fueled R-rated sci-fi franchise take shape in Hollywood? It could fill the gap those weak Alien prequels have been leaving fans with, and it would be a thing of beauty to see the Predator franchise respected amidst pop culture fans once more. If the film does do well, Shane Black did explain he has plans for a possible trilogy, and that sounds promising indeed.

From the outer reaches of space to the small-town streets of suburbia, the hunt comes home. The universe’s most lethal hunters are stronger, smarter and deadlier than ever before, having genetically upgraded themselves with DNA from other species. When a boy accidentally triggers their return to Earth, only a ragtag crew of ex-soldiers and a disgruntled science teacher can prevent the end of the human race.

How did you feel about the new clip? Do you have high hopes for The Predator? Let us know in the comments section down below!

‘IT: Chapter 2’ Will Feature Crazy Scene From Stephen King’s ‘IT’ Novel
Captain Britain Movie Rumored To Be In The Works From Marvel And Guy Ritchie
Advertisement
Advertisement
To Top