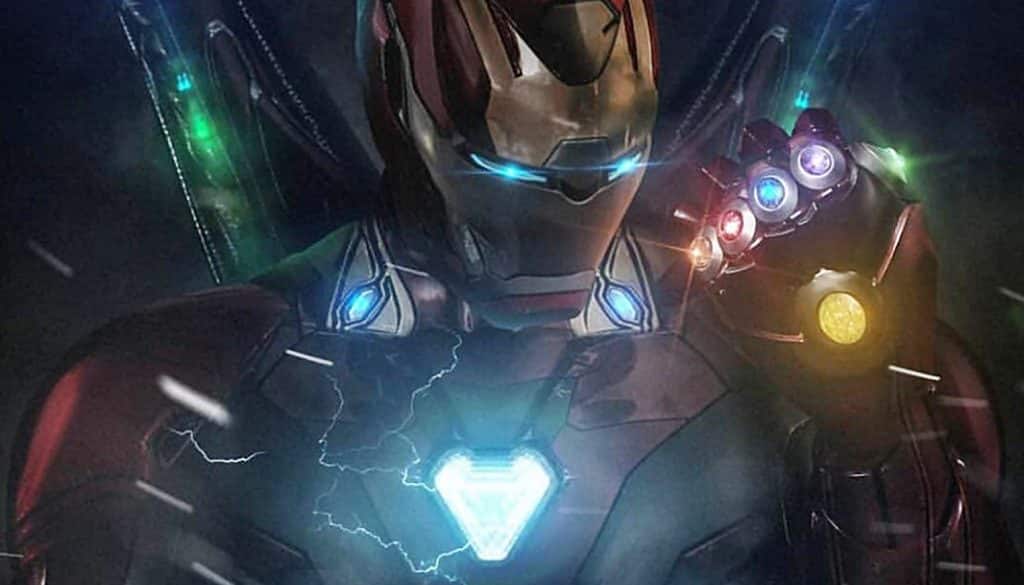 Since the climactic finale of Avengers: Infinity War, fans have been clamoring to know what comes next for Earth’s Mightiest Heroes. Unfortunately the two following entries, Ant-Man and the Wasp and Captain Marvel haven’t been quite able to give us that fix due to the fact that they take place before the events of the film. Thankfully, it sounds as though we may not have long to wait before we see the first trailer for Avengers 4, and if the following rumored description is accurate, we may just know what it will entail.

Now before you get too excited, I should probably warn you – this description does come via some guy on Reddit, so it’s entirely possible that this will require enough salt to grit the whole of the Cresta Run. None the less, it makes for an ‘interesting’ read.

The trailer starts off showing the damaged Infinity Gauntlet in a field on the farm planet. As the camera focuses in on the Gauntlet, we hear Tony’s voice: “We were destined to lose.” Epic music score starts. The Quinjet is shown landing in a Wakandan wasteland as we hear Steve Rogers say: “We have come so far.” Tony and Nebula step off the jet as the remaining Avengers approach. Steve has a look of relief and says: “Tony”. Tony, seemingly defeated, shakes his head and gives a friendly smirk back to Cap. Marvel Studios Logo appears.

Whilst this would certainly make for a good start to the trailer, one needs to ask where Stark and Nebula got the Quinjet from, I mean, they were left on Titan. If anything it would make more sense for the pair to turn up in the Milano seeing as it’s probably still parked there somewhere. Unless they stopped to switch vehicles along the way.

We get a glimpse of the Battle of New York from 2012 Avengers. Loki is shown looking shocked and baffled as he is on top of the Stark tower. There is a flash of a blue light as the camera pans back. (Cuts to black) Next we see the Wakandan throne with M’Baku at the helm. He’s surrounded by his new kingsguard. (A mix of the hill tribe and Dora Milaje). Shuri and Banner are seen working on a new project in the lab. Black Widow, in full gear, is in Hawkeye’s family home from Age of Ultron.  Basically everything is thrown all over the place and broken. Nat is studying some type of map with multiple photos and locations on it. A quick shot of Thanos is shown with a long sword, walking down an alleyway in New York City.  The next shot is a dark hooded figure with glowing eyes, aiming a bow and arrow before shooting towards the camera.

Set pictures have already revealed that both the events of The Avengers and Barton’s transition from Hawkeye into something more will play a factor in the film so this is already something we have come to expect. Recent concept art and merchandise for Avengers: Infinity War has revealed that Thanos will be wielding an intimidating new weapon so this does seem plausible.

(1-2 visuals of the Quantum Realm) Scott Lang (no suit) is shown running through a park dodging explosions. (Shot of Space) Thor and Valkyrie are aboard a Kree ship. Thor says: “If the stories are true, you’re our universe’s last hope. If such a thing even exists anymore”. The next shot is an older, determined Tony Stark walking through the new SHIELD HQ’s (Avengers Facility in upstate New York). He’s in full SHIELD attire and carrying an orange briefcase. Banner (wearing spandex) is seen running from something, looking terrified. The next shot is Ant-Man appearing out of a flash of light and landing in a desolate place. We see it from his point of view from inside his helmet. He looks left to right and to his left again and says: “What in the…”

Whilst most of this has already been hinted at through images released from the set, this is the first we have heard of the Kree making an appearance in the movie. It’s also interesting to note that it reveals the inclusion of Tessa Thompson’s Valkyrie – a character who hasn’t been seen since the end of Thor: Ragnarok.

(Camera focuses on Vormir and its stars) Next, a shot of Rocket and Nebula modifying some new weapons in the lab. Rocket says “When can we try this bad boy out?” They both smile at eachother and fist-bump. We get our first glimpse of Iron Man in his red and gold nanotech armor. Hulk falls from the sky and lands in front of him. Thanos, in full armor, smiles. Hulk smiles back. The next shot is in Japan. War Machine, Nat, and Steve (in their full Avengers gear) are surrounded by The Yakuza. Hawkeye (Ronin) walks through everybody from behind them and approaches the Avengers. There’s an intense exchange of looks between Clint and Natasha (Next shot is at the Sanctum) Wong is communicating with Dr. Strange’s soul via portal. (Cuts to black) Grey haired Tony Stark and Ant-Man are in a post-apocalyptic NYC. The screen flashes back and forth multiple times through multiple scenes.

It will be interesting to see how the Yakuza will come to play in the film, especially since it feels as though there is already going to be so much going on. It definitely seems to confirm that time travel will feature quite a bit over the course of the film, especially with the inclusion of a post apocalyptic future.

We see Captain Marvel floating with her fists on fire and her eyes lit up. Thanos in the soul stone with young Gamora screaming at him Loki and Thor fighting off Chitauri together. And Tony handing Steve a brand new shield in the Wakandan throne room. (Cuts back to Tony and Scott) Tony opens the orange briefcase as Scott hands him an illuminated bracelet. Tony asks: “How?… Is this even possible?” (Iron Man and Ant-Man are shown travelling through the Quantum Realm. Tony and Scott are back in the battle of New York from 2012. The final shot before the title reveal is an Infinity Stone disappearing from Thanos’ damaged gauntlet. He abruptly gets up and puts on his armor. His face goes from extremely infuriated to a menacing smile.

This title has been doing the rounds on the web this past week, even with Mark Ruffalo seemingly revealing the title to be The Last Avenger. It does also backup claims that the film will be a time traveling heist movie in which the heroes attempt to steal the stones before Thanos even gets hold of them. Somebody’s been watching The Terminator…

The Hulk is training at the new SHIELD facility with Black Widow and Steve. Steve notices that Hulk has been training non-stop as of late, so he asks why. Hulk responds in Banner’s normal voice with: “My rematch is coming real soon, I can feel it!”’

As previously stated you have to take this as a rumor, especially when you consider that 90% of it has either already been confirmed through leaks or has been heavily theorized by fans in the past. We’ll likely find out how true it is when the trailer is released, which if Marvel chooses to follow the same schedule as last year will be sometime in November.

The currently untitled fourth Avengers film is set to hit theaters May 3rd.

What do you think? Do you like the sound of this? When do you think we will see the first trailer? Let us know below!